While driving to the dam, Strand (played by Colman Domingo) worries that Daniel (played by Ruben Blades) may not allow them in the dam now that they have nothing to trade. Madison (played by Kim Dickens) reasons that he will because they have Ofelia (played by Mercedes Mason) with them, but when Ofelia collapses they find out she’s been bitten.

While camping for the night Alicia (played by Alycia Debnam-Carey) discovers Nick (played by Frank Dillane) and Troy (played by Daniel Sharman) have followed her but she refuses to go back with them. Madison and the others arrive at the trading post to wait for Daniel where Madison and Walker (played by Michael Greyeyes) try to keep her alive long enough to see him.

Alicia finds a fast food restaurant and is quickly overcome by walkers but while hiding a woman (played by Edwina Findley) appears and kills them. She removes the fingers and teeth from one and drives off with food before Alicia can stop her. Alicia drives to a motel and finds the woman’s car and attempts to take the food back, the woman confronts Alicia who proposes they share instead of fight. Nick makes it to the trading post and Madison tells him how much she relies on him; overwhelmed with emotions Nick steals Ofelia’s pain medicine. Drunk and high he finds Troy and although reluctant Troy gives in and joins Nick. Feeling Madison continues throwing away their resources, Strand asks to speak with the leader Proctor John saying he has something to offer. 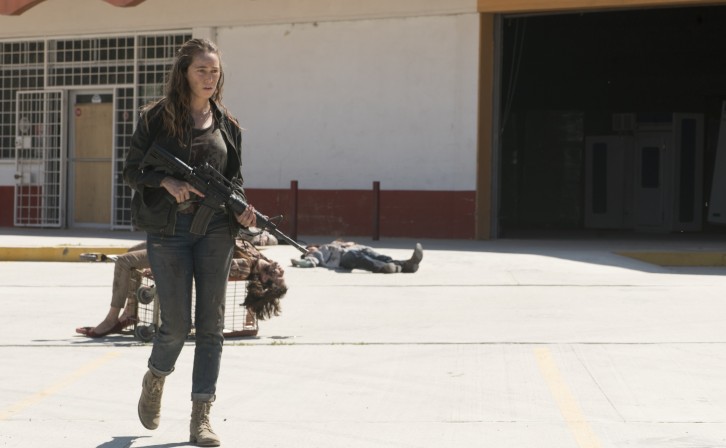 Ofelia is the fourth main character to die this season, they’re dropping like flies. She wasn’t a major character in the first two seasons but Ofelia’s story really kicked into gear this season which made it more shocking that she was killed off. But not everyone’s story arc will get a proper pay off because one of the driving forces of this show is that people can and (and often do) die anytime. It also makes the reunion of Daniel and Ofelia more emotionally charged because it’s now a race against time for them to have one final moment together.

Alicia wanted to take a solo journey but this woman proved she won’t last long on her own. Also who else was hoping we were about to have a Michonne cameo watching the way that lady fought and cut them up? Troy always seemed like the bad influence but it was funny to see him being corrupted in a sense by Nick into trying alcohol and drugs for the first time. No matter what Strand will always put his well-being first, it’s unlikely he would betray Madison but it’s something you could see happening.

When night falls Madison takes Ofelia outside to wait for Daniel, Ofelia asks Madison to tell Daniel she looked forward to getting to know him to not let Daniel put her down. Ofelia dies in Madison’s arms just as Daniel drives up and when he finds Ofelia he’s devastated and angrily forces Madison to leave before shooting Ofelia in the head.

Nick takes Troy to a man hoping to buy more pills and they’re given free samples of stem cells from human brains which contain adrenalin, Nick eats his and Troy reluctantly follows. Alicia asks the woman about the teeth she pulls and she says she sells them at the trading post to be used for ‘protective’ charms. Alicia is determined to make it to her cabin alone and the woman tells her that no matter where Alicia goes she’ll never escape the world. Nick is enjoying his adrenalin rush while Troy is struggling to maintain himself. Nick spots a horde of walkers and decides they should cover themselves in walker blood and walk among them, where Nick tells Troy he can’t go back with Madison. 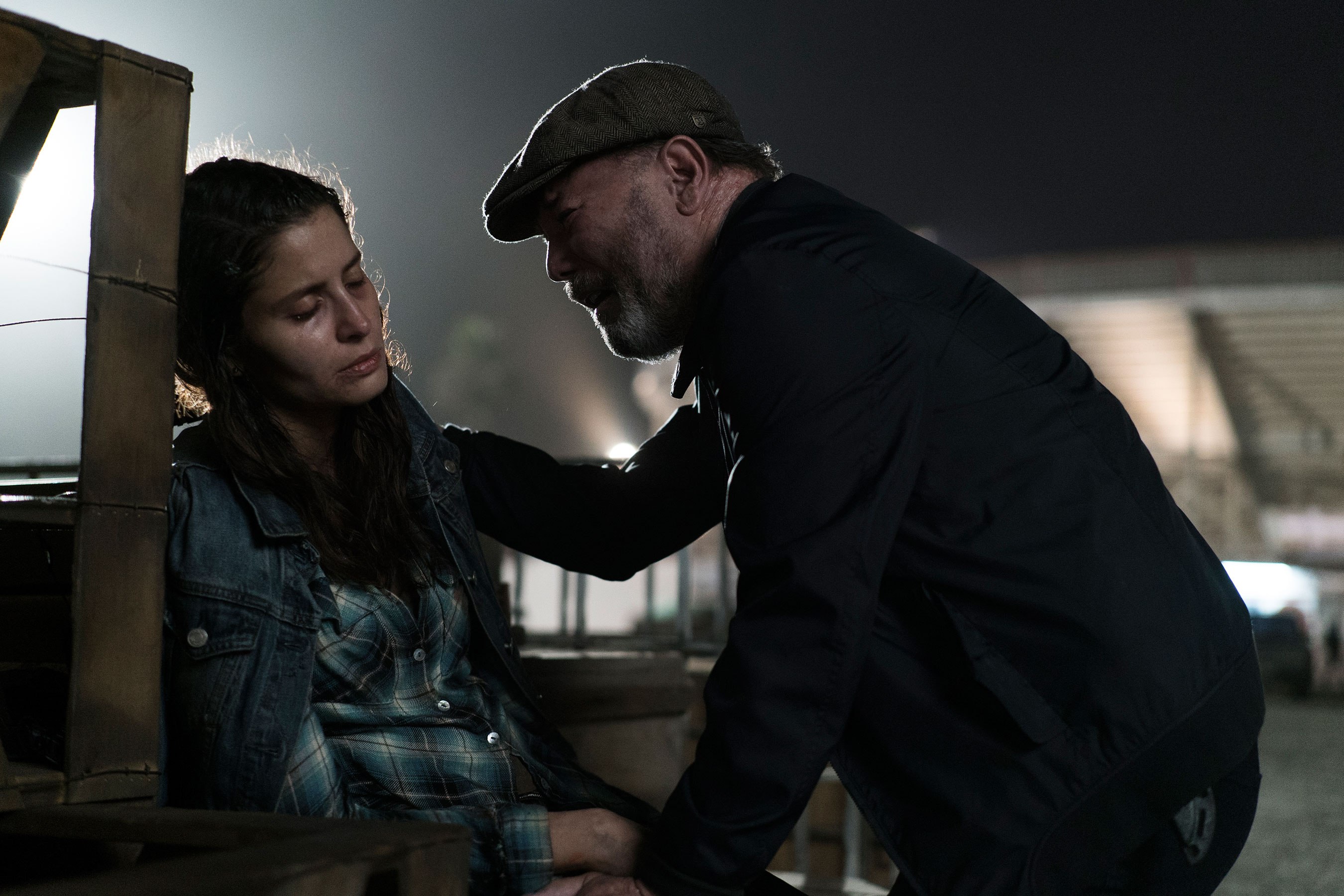 It’s gut wrenching that Daniel arrived seconds too late to say goodbye to his daughter especially since he did end up having to shoot her. But it was nice that Daniel didn’t have to see Ofelia as a walker and after all the violent deaths we’ve seen so far this season, this was more of a beautiful fade-away. Alicia is determined not to have anyone around her but watching her with that woman you can tell it’s the beginning of perhaps not a friendship but definitely partnership. Madison’s mothering (or rather smothering) of her children already drove away Alicia and it’s starting to do the same with Nick. He relapsed under the pressure of trying to please her and worse it’s driving him into the arms of a sociopath like Troy. Perhaps the two of them will go on their own road trip and that would be fun to see. Also how hilarious is it that on a show with zombies Nick and Troy are literally eating brains.

Daniel finds Madison and tells her he buried Ofelia and asks Madison what Ofelia’s last words were and offers to bring the group to the dam. Alicia finds the woman’s car has broken down and offers to work with her to take down more infected for teeth. Nick tells Madison that he and Troy are staying behind to secure provisions for the dam and although she seems suspicious doesn’t question it. Heading into the two-hour finale there wasn’t much of a set up for a story apart from Nick and Troy’s continued binge. There is potential for some kind of confrontation with this Proctor although we still haven’t seen him. The main takeaway is once again the group is fractured now we’ll see if they’re able to reunite before the next season.

“You and me, we’re more alike than you think. Black sheep, children of violence. It’s just you wish you weren’t.”

Troy almost seems to have a crush on Nick; the way he goes along with anything he says and always wants to be around him. That would be a toxic relationship.

“I was raised on loss, I thought I was good at it. But there is such a thing as too much.”

I know the apocalypse are desperate times but I can’t believe people buy protective charms, the real protection in the apocalypse is a gun or a knife.