Nick (played by Frank Dillane) hallucinates talking to Troy (played by Daniel Sharman) while locked in his metal box while suffering from heat exhaustion. Meanwhile Madison (played by Kim Dickens) reveals to Walker (played by Michael Greyeyes) that the water is drying up and will be gone within two months and plan to go to a black market to trade for water.

Madison and Walker prepare to head to the black market and she tells Alicia (played by Alycia Debnam-Carey) about the situation but says to keep it secret to keep the peace and prevent panic. Nick gets released from his cell into Alicia’s care and later defends Jake (played by Sam Underwood) when angry citizens protest the amount of water being rationed. That night several men from the militia rally around Nick, inspired by his and Troy’s resistance to fight back with him and present him with a smuggled gun.

Alicia talks with Ofelia (played by Mercedes Mason) about rumblings that people from the Nation are taking more than their share of water but Ofelia denies it. Nick meets with some of the militia and they decide to take action if any more stealing occurs. Alicia confronts Nick about his actions and the murder of Jerimiah (played by Dayton Callie) but he justifies his actions that they’re keeping them alive but she’s unmoved. 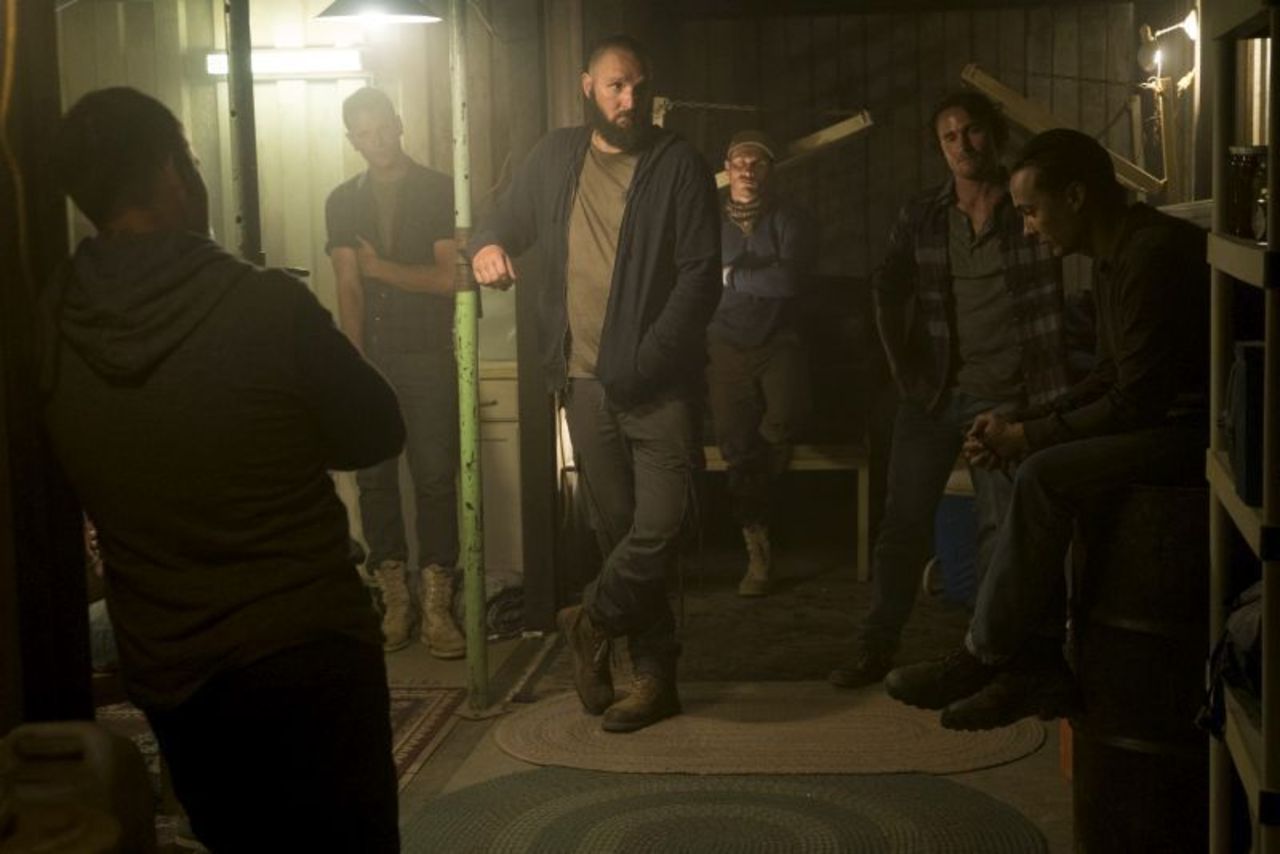 Madison and Walker need water and it might take them a while but they are obviously heading to the dam and Daniel (played by Ruben Blades). It’s ironic that Madison’s actions are to keep her family together and it’s clear they growing further apart. Alicia has killed before but it weighs on her more than her family so she tries to keep the peace at the ranch. Alecia is still haunted by the people she’s killed and though she’ll fight when the time comes it’s slowly tearing her apart inside.

Nick on the other hand is more like Madison and maybe a little like Troy but he’s much smarter about the execution. He has no remorse for killing Jerimiah and he wants to fight back against the Nation but at the right time. Madison’s family was split up once because of their personal differences and if these rifts get any bigger it could easily happen again.

Madison and Walker nearly broker a deal when she spots Strand (played by Colman Domingo) being led away by some men. She fights back and saves Strand and they learn he is in debt and trapped in there, the next day Walker is captured and forced to give up Madison and Strand.

Back at the ranch Alicia stops a woman from taking extra water and she chides Alicia for siding with the Nation and a fight begins. Alicia reveals they only have a few weeks of water in hopes of stopping the fighting but an all-out brawl ensues. Crazy Dog (played by Justin Rain), one of Walker’s right-hand men and Ofelia arrive armed and prepare to secure the well but Nick pulls his own gun and refuses to let them take it over and they back off. Madison attempts to free Strand but he’s taken to be put to work, locked outside in shackles and forced to fight off walkers. Walker brokers a deal for water but Madison refuses abandon Strand and changes the terms for Strand’s freedom. 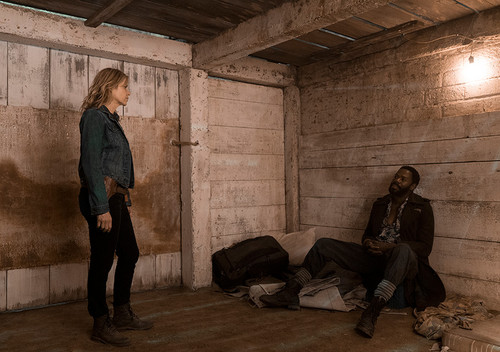 Strand seems like a likeable guy but everywhere he goes people come after him, that’s something he should work on. Strand likes to present himself as a slick guy but without Madison he wouldn’t have survived the first month of the apocalypse, in a sense Madison has taken on that role since the apocalypse. Why Alicia thought telling people their water is about to go dry would unify two feuding groups I’ll never know. In fact if it wasn’t for Nick brandishing his gun and stepping up there might have been a war before Madison and Walker even got back. It might be possible for some kind of temporary peace but the Nation lost many people to the ones in the ranch and vice versa. Half of these people are looking for any excuse to start a fight which doesn’t bode well for the community but it’ll make great television.

Walker is furious but Madison says Strand will take them to a dam he knows about to serve as a permanent solution. Nick and the militia prepare a counterstrike and Crazy Eyes rallies his people, but a fight is halted when they spot Alicia working with people from the Nation digging in the ground for water. Nick disarms and goes to help and slowly everyone decides to lay down their weapons and work together. Looks like the ranch will be getting water and Ofelia will be reunited with her father. Rather than killing each other everyone at the ranch decided to work together, it was a moving scene sure but that’s not going to last. They banded together to keep from dehydrating but once they all have water they’ll be back to hating each other.

“We keep trying to make her love us, but she’s broken.”

Walker compares having dogs to having kids, Madison looks annoyed but people do tend to treat their pets like kids.

“My mother named me Victor because she knew I’d always win.”

The reunion between Daniel and Strand will not be a happy one.