Virginia (played by Colby Minifie) makes her own video featuring people from settlements she’s ‘helped’ and that they can all build a better future. Althea (played by Maggie Grace) watches a copy and destroys the television in anger that Virginia’s lies are being spread. Althea and the others make their own video documenting their journey to find a home and denouncing Virginia’s tapes as lies.

The group manages to reunite Tom (played by Joe Massingill) with his sister Janis (played by Holly Curran) as a result of the tapes, but June (played by Jenna Elfman) feels enormous pressure to find a place for them to settle down. Grace (played by Karen David) is better following her sudden health scare but still sick, she hopes to at least live long enough to know they will have a safe place to call home. When the group kill a walker with a Gulch sheriff badge John (played by Garrett Dillahunt) suggests they head there thinking it’s self-sustaining and large enough for them. Grace passes out from dehydration and June uses a salvaged ultrasound machine to check for signs of radiation but isn’t sure what to look for. Morgan (played by Lennie James) is angry at himself for leaving her the week before and is determined to help her, managing to find some fluids so that Grace wakes up. Intercut throughout are clips of people denouncing Virginia’s way’s and praising Morgan and the others for how they help each other; that it’s the future they want to build and be a part of. 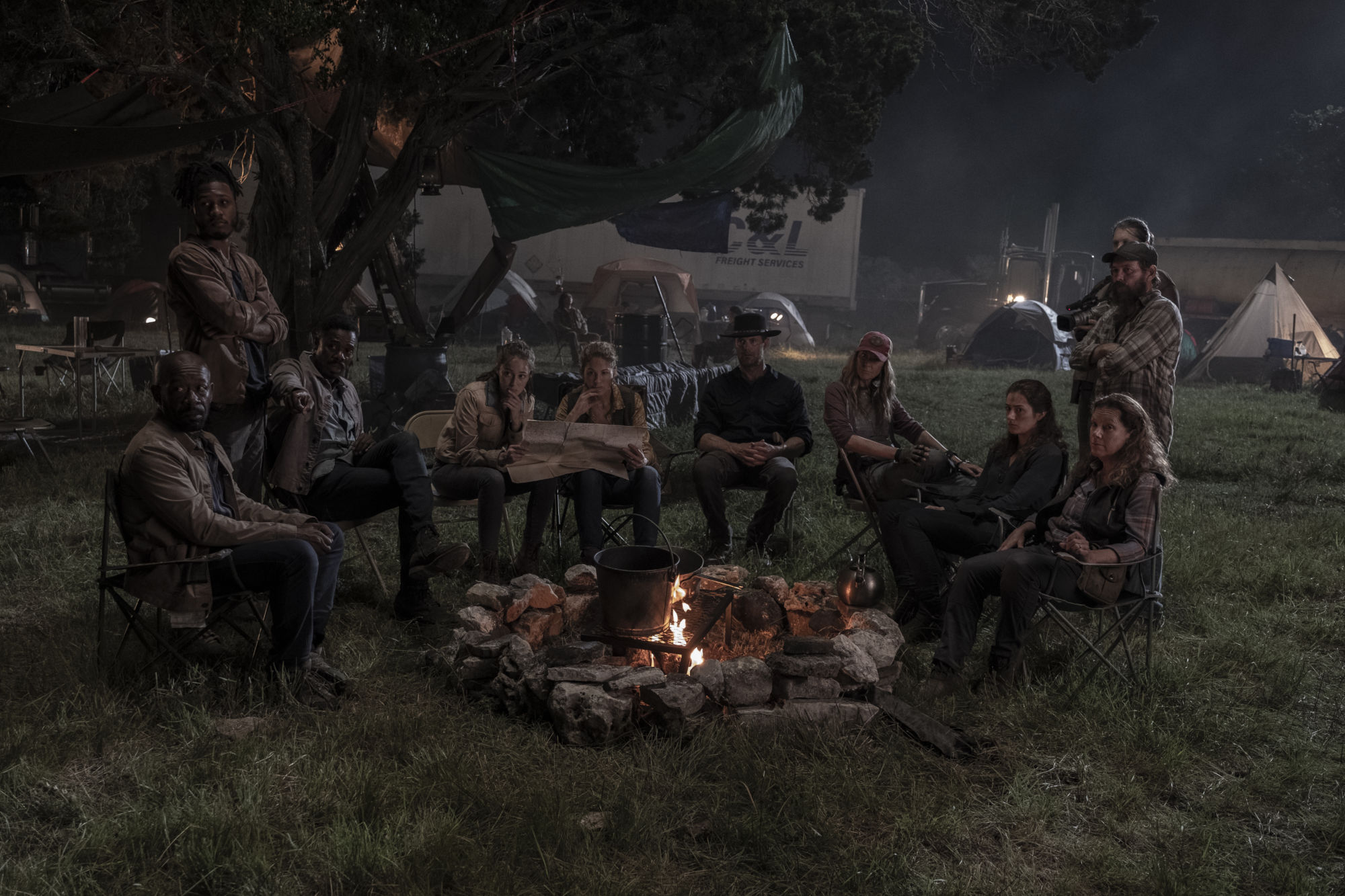 It’s very interesting to think that some new person could end up joining either group based on what video they see first. At first Althea’s need to film everything that happens bordered on obsession, but it’s not only grown into a good plot point, it’s given the show a fun new narrative tool. Watching action unfold from the camera’s POV is a new and fresh perspective and doesn’t overuse the ‘shaky cam’ technique to make things distorted. And people giving confessionals is a good way of making sure lots of people get screen time while not overusing it. I’m glad someone had the idea of getting that machine for Grace, but it would have worked out better if they knew how to use it. Turns out Morgan wasn’t too late to admit his feelings to Grace, but he still can’t do it and she’s feeling shy too. If there was ever a situation where you should get things off your chest this is it. And since Grace hasn’t had the recovery Alicia (played by Alycia Debnam-Carey) had after her exposure they won’t have much time together.

The group come upon a wooden bridge that’s broken, the situation worsens when some cables snap so their only choice is to cross on foot and leave the cars behind. Virginia and a few of her men show up and she offers help, but the group firmly denies it; she denounces them for taking a detour to help Grace which left them stranded. Virginia spots the cameras and Althea states they will make sure people know the truth. A fight nearly breaks out when Virginia mentions knowing someone who had found Dwight’s (played by Austin Amelio) wife Sherry but Morgan defuses it. Morgan tells them to join if they want but nobody does; in retaliation Virginia’s men fire their machine guns to draw a herd of walkers they drove past and leave the group to fight them off. While some load gas from the tanker into buckets to take over the bridge, Morgan leads others to hold off the walkers. Everyone gets across but Tom stays on the bridge to capture everything on camera and dies when it collapses. Althea is determined to finish it in his memory and Grace feels guilty he died because she feels he died for her and not the cause. 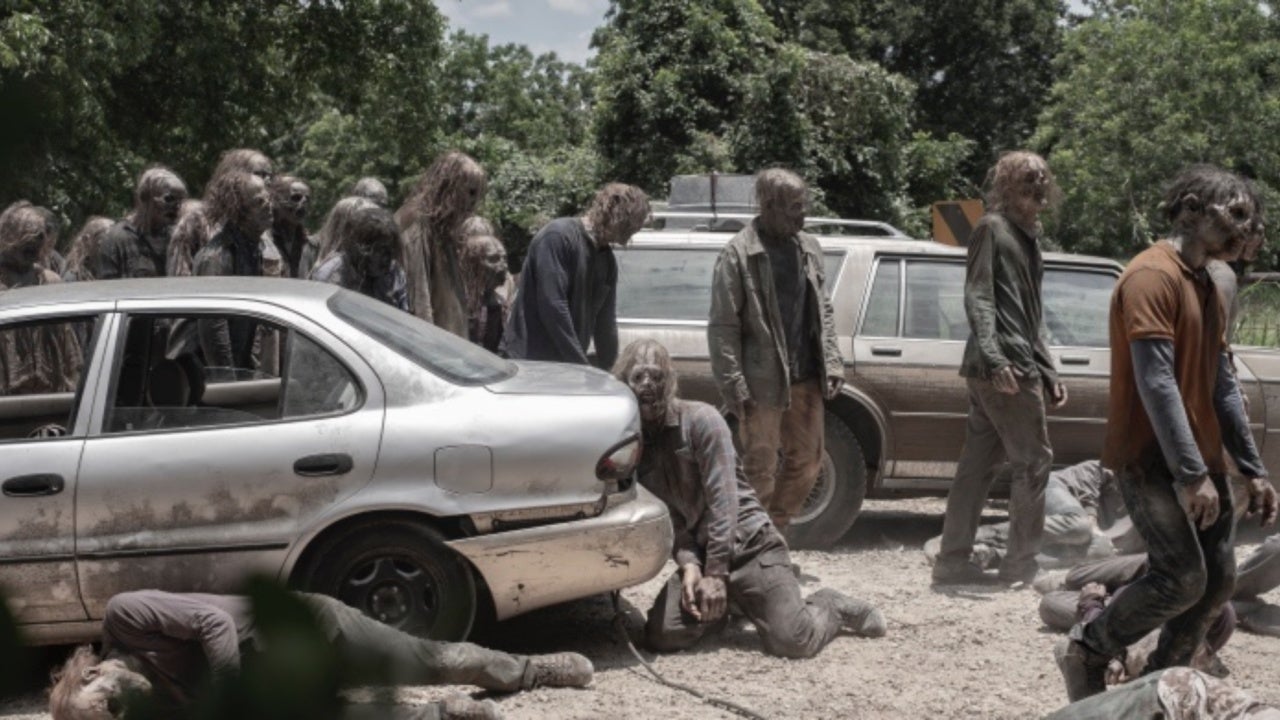 You can almost see Virginia’s point that a detour to save one may have condemned the many, but if you’re going to survive you want to be able to live with yourself. And that includes helping your friends (plus Grace is a Character I like so I’m all for a plan that keeps her alive). There have been so many references to Sherry it’s clear we’re going to see her so why not get it over with and just reunite her with Dwight already? Virginia is not a woman who enjoys being told no, but I suspect setting the walkers on them also had to do with the camera; get rid of the tapes that would undermine her own. Tom died because he wanted to get the right camera shot, I always pictured that being how Althea died and if anything, maybe this will make her more cautious. It was incredibly moronic that Joe stayed on a collapsing bridge to get his shot especially since he had a few chances to get to safety. But hey at least he’ll get a producer credit or whatever on Althea’s film, that’s worth his life, right?

The group walks the last few miles to the Gulch, John and June have the idea to get married once they get there and John asks Morgan to be his best man. Daniel (played by Ruben Blades) prompts Morgan not to let things go unsaid, but when he tries to talk to Grace, she heads him off thinking it would just make things harder. When the group arrives at the Gulch, they find it overrun with walkers and everyone begins to lose hope. It’s decided that they need to call Virginia for help, Dwight refuses to join with her and walks off but Morgan makes the call.

John and June tying the knot is sure to be the (only) social event of the year. It’s so frustrating watching the back and forth between Grace and Morgan, it’s been long enough let them get together already. Asking the woman who nearly got you killed for help is a hard pill to swallow but it’s preferable over dying in the middle of nowhere with nothing but your principles. But you can be sure that if Virginia does agree to help, she won’t make it easy.

“Doing things the way we do…it isn’t easy. It’s hard. Cause they’re not supposed to be easy.”

These guys have spent the entire series going from place to place, eventually they must find somewhere to settle down right?

“We’ve only got one tanker of gas, but it is going to get us to a place we can call home.”

Virginia is totally the kind of person to say I told you so.