In a flashback Nick (played by Frank Dillane), Alicia (played by Alycia Debnam-Carey), Strand (played by Colman Domingo), Luciana (played by Danay Garcia) and Madison (played by Kim Dickens) are shown living in a community set up in a stadium. Madison questions a girl Charlie (played by Alexa Nisenson) who recently arrived and tries to convince her that she’s safe and can call their community home.

As the community prepares to celebrate one year Madison organizes a run outside to find Charlie’s family, although Alicia worries about Madison’s state of mind when she seems unable to stop working. She, Alicia Strand and Luciana go; Luciana worries about Nick’s refusal to leave the stadium but Madison says he just needs time. The group split up, Madison and Alicia find the remnants of the family’s ravaged camp but no sign of them. Madison gets held up at gunpoint by a woman (played by Jenna Elfman) and uses the radio to send a coded message to the others for help. Before the woman can leave with the car keys the others arrive, she runs up an oil tanker and despite their attempts to talk her down she falls in a hole. The woman is attacked by walkers inside and Madison jumps in to help fight while the others get the door open and kill the remaining walkers. That night the woman introduces herself as Naomi and Alicia theorizes that someone led the walkers into the tanker as a trap. 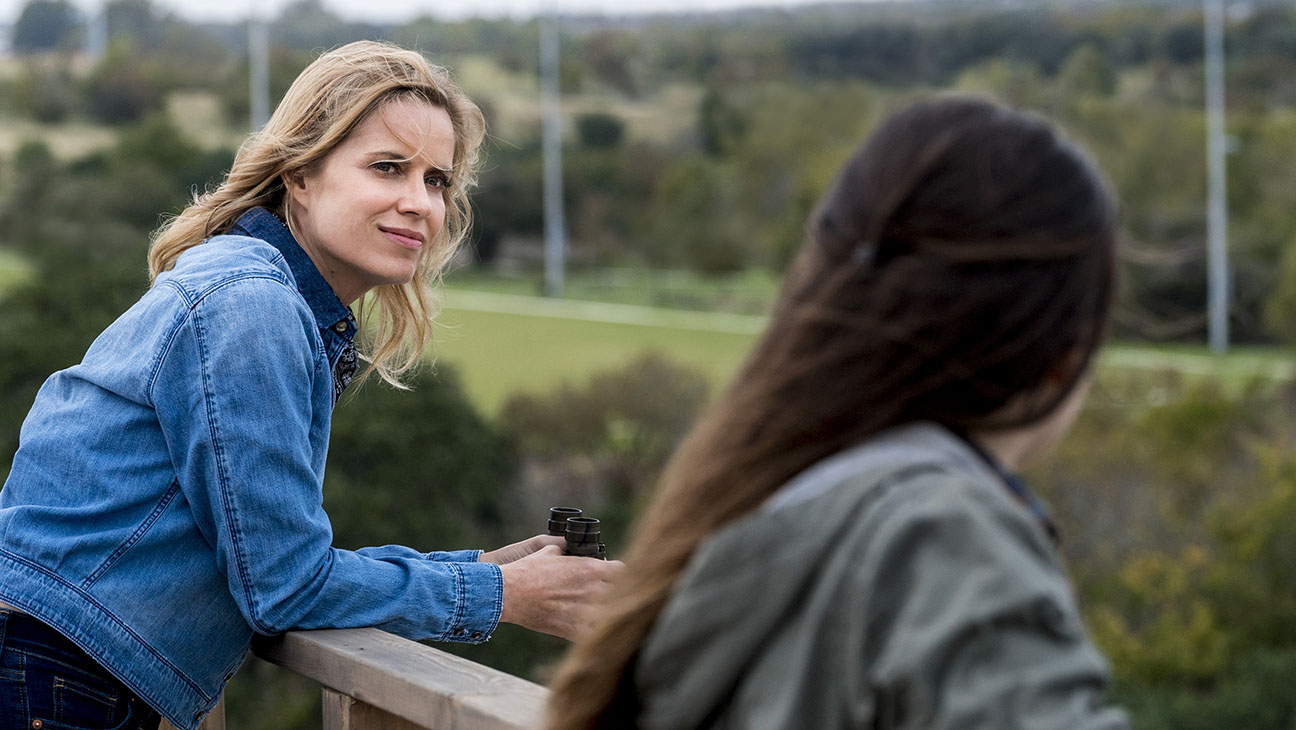 Welcome to your new home.

Watching everyone wake up on such a nice morning you knew things were going to go south but they did make it a full year that’s something to be proud of. While it’s great to see all the major characters reunited it feels too convenient given that last season ended with everyone separated. Luciana left halfway through last season but is back with little explanation; Nick and Madison seem to be suffering from trauma’s they faced but we don’t know what it is which lessens the impact. If these things are never fully explained it’s not that terrible for the narrative but these kind of gaps in the plot leave me wanting more, and if that happens again it could hurt the story. The walker fight scene was fun and it gave us another new character in Naomi who from now on will definitely be watching where she steps more closely. Whether or not you take issue with the characters reunion being so quick and clean the story going forward is shaping up to be good.

Nick begins to worry because they heard music from outside and wonders if it was a signal from the others. He drives out to find them but memories of the exploding dam overwhelm him and he crashes, the others come back and get him inside before walkers get him. Naomi treats Nick’s wounds as she used to be a nurse, Madison tells her she’s welcome to stay if she wants. Strand and Cole (played by Sebastian Sozzi) bring in the damaged truck (it’s implied he and Strand have a mutual attraction) but when a group of trucks appear they are forced to run back inside. One of the men plays music over a speaker and rides around on a bike to lure walkers into a truck. They settle into the parking lot so Madison goes out to speak with the leader (played by Kevin Zegers). When the man reveals he knows about the problem with their crops and Nick’s name it’s revealed Charlie is with them. The man introduces himself as Mel and demands their supplies but offers to let them join his group, Madison refuses but Mel believes they will die off eventually and they will take the supplies anyway like they’ve done in the past and camp outside the stadium. 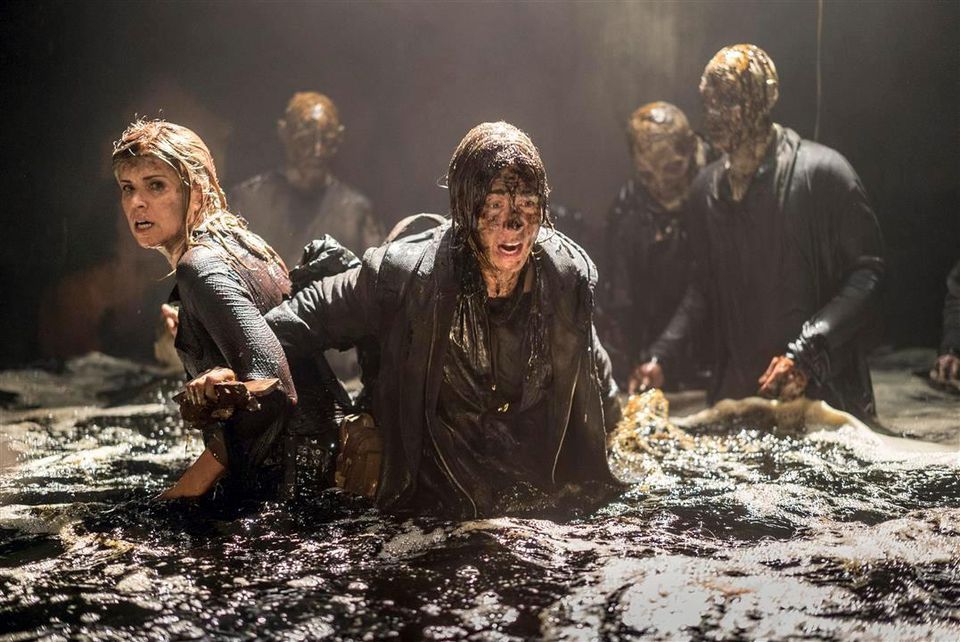 If you thought walkers were gross before.

Nick is suffering PTSD from the dam for some reason but since it was given such focus that plot point will be picked up again. Strand may have finally found love but with the way things are going happily ever after won’t come easy. But since Cole didn’t have a big role in the episode he could be around a while and they’re relationship explored further. We finally meet the group who have been leaving numbered signs around, as well as traps full of walkers. The theatrics they used to intimidate Madison and the others was great, the guy on the bike was creepy and funny at the same time. Charlie betraying the group was unexpected and when a kid turns out to be a spy it makes sense why in the premiere Alicia and everyone were so on guard. Mel’s tactic of waiting for Madison and the others to die naturally shows a lot patience or maybe he’s not equipped for a fight. Madison and her family have always been resilient though so I doubt this standoff will last long before it becomes a fire fight.

The next day Nick sees more crops destroyed by pests while Madison takes up continuing to build up the stadium refusing to give up on their home. Others eventually join in and Luciana goes outside and leaves a book she found for Charlie. In a flash forward to when they took Morgan (played by Lennie James), Althea (played by Maggie Grace) and John (played by Garrett Dillahunt). They reveal the group was called the Vultures and find one of their flags in Althea’s truck. Althea denies knowing who their talking about so Alicia demands they show them where they found the flag.

If the group loses the battle all that hard work will be for nothing, but perhaps Luciana’s gesture is the start of bridging the gap between the two groups. But given the state she and the others are in by the end of the episode that doesn’t seem likely. It looks like we’ll be jumping between the past and the present so there’s no danger of any more plot holes at least. The Vultures are the first rival group similar to the Saviors to be introduced on Fear so they have a lot to live up to.

“No one’s gone till they’re gone.”

I wonder how long it took (if at all) that playing baseball in the stadium got old.

“You just haven’t been tested. But you’re about to be.”