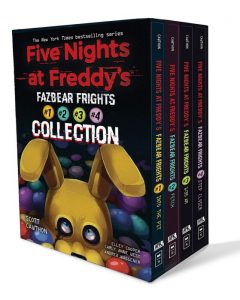 For fans of series like Goosebumps and the Five Nights at Freddy’s games, there’s a book series that’s been steadily releasing since around last year or so. A series containing story ideas both harrowing and disturbing. The series: Fazbear Frights.

And, in a Sci-Fi Blogger’s ongoing series, we’re going to review every single book, in order, until either I go insane from the fear, or they stop making these things. For context, each book consists of three short stories, and the quality, writing style, and fear level seem to vary wildly between them. They also feature a small, overarching story at the back of each book, which I’ll talk about when they become more relevant—the first book just introduces the premise.

For now, let’s talk about Into the Pit. 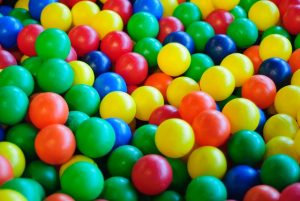 The books’ first story always seems to be the same as the title. Though they are not always the best story within the book. Certainly not this one. Now, I’m knowledgeable enough about the complex FNAF lore to have a good idea of what’s going on, but I’m sure I’m not getting the maximum effect of these stories. This is especially true with “Into the Pit,” as it covers one of the most important murders in the entire series and is probably just spilling over with tiny Easter eggs.

But that doesn’t make this chapter not utterly horrifying. It’s not the horror I would’ve expected, though, being more crawling and unsettling than traditional monster horror. The high level of magic involved is odd—not that FNAF doesn’t have outlandish things in it—but still a terrifying concept. The scenes of the rabbit are so tense, rendered with such a weight, that it makes for a great tone-setter for the rest of the series. 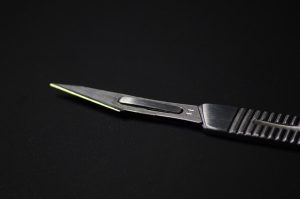 And it’s with this story we come upon what struck me about Fazbear Frights: it’s maybe not okay for kids to be reading it. I’m a little amazed that they are getting away with a lot, and I do mean a lot, of children and teenagers dying. And not just dying but dying in awful ways. There’s full-scale dismemberment.

And “To Be Beautiful” is the worst I’ve seen so far in Fazbear Frights. The ending twist is not really foreshadowed so much as just a sudden gut-clenching moment of body horror when the dominos finally fall. It only gets worse the more you think about it and considering how long we spend with the looks-obsessed main character, it’s deeply tragic.

The other thing about “To Be Beautiful” is that it begins to hammer home an underlying aspect to Fazbear Frights: the lessons and social commentary. I’m working my way through the second book to prepare for that review, and between the two there are a lot of references to financial hardship, marital issues, peer pressure, and just a child’s negative self-perception. It’s not overblown or anything, but multiple endings have a point to make about their given topics. There’s maybe even a formula underpinning it all. The third story in Into the Pit seems to only support my case. Speaking of which… 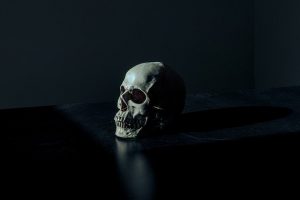 And here’s where the series just goes completely, utterly dark. If you’re bothered by any of the topics that I’m about to mention, I can’t even recommend reading this chapter. Themes of suicide are paired with abandonment issues and a touch of dark humor. It’s not even that much of a spoiler to say this is the story of a goth girl who talks about dying all the time facing a robot planning to murder her. And he’s given her the option of how he’ll do it.

It’s somehow the artiest of the three stories. It’s a nonlinear narrative, interspersing showing what lead to this situation, and cutting back to the ongoing conversation of execution. It’s a sad, messed-up tale that cemented for me my opinions on age-appropriateness.

Now, as this is horror, it being dark and sad is not necessarily a criticism for an older audience. It’s the best written of this Fazbear Frights installment. The dialogue is stellar, the characterization strong, and the surprises in the middle of the story are genuinely good. It’s a solid tragedy.

And that final word does cover the feel of this first volume: stories of tragedy. Sometimes it doesn’t feel like horror, but morality plays where childish or short-sighted decisions kill or endanger these characters. “Count The Ways” is its own type of tragic beast, where a character is forced to face what death really means, but in the other two stories things that likely these characters would eventually grow out of, or mature past comes around to violent effect. Children who can’t possibly get why their parents broke up, or why they have no money but feel the effects of it, nonetheless. 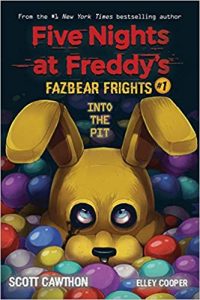 And in that respect at least, it’s admittedly a perfect horror series for children. The duality and contradiction of my saying that are not lost on me. But for real-world kids whose parents don’t grasp—or do but care little about it—the graphic content of these books, there’s likely to be a strong impression imparted on their young minds. The appeal and popularity of this series might be that direness, that relatability within the fear. It’s got magic and weird teddy bear robots, sure, but it laser targets its aspects of verisimilitude where it can. It’s like Goosebumps without a smidgen of the restraint. And if you like horror, if you like FNAF, then give the first book a chance, no matter if you feel you’re too old for it. FNAF as a franchise continues to tap into something so strong with audiences, and I can see Fazbear Frights become a new generation’s introduction to horror literature—even if it might scar them while doing so.