While the flying mosquito aliens attack the 2nd. Mass, a voiceover explains that the final battle didn’t go as planned. They drop manmade bombs during the attack and although they suffer casualties, the 2nd. Mass drives them back.

That night Tom (played by Noah Wyle) gives another of his inspirational speeches to get everyone fired up for the fight. Reinforcements arrive the next day and one of the militia’s radios to tell Tom a wall has been built around the Lincoln Memorial in DC. Anthony (played by Mpho Koaho) is delegated to keeping the base protected from further attacks, which is Weaver’s (played by Will Patton) way of showing he trusts him. That night they attack the wall and Tom’s group finds glowing Espheni eggs, which Cochise (played by Doug Jones) identifies them as baby Overlords. Cochise warns these are far more violent. Anne (played by Moon Bloodgood) breaks down at the sight of the eggs and tells Tom that she’s pregnant again. Unfortunately, someone disturbs one of the eggs and baby Overlords begin attacking until a soldier throws a grenade into the chamber. During the attack, Hal (played by Drew Roy) asks Maggie (played by Sarah Carter) to marry him and she accepts. 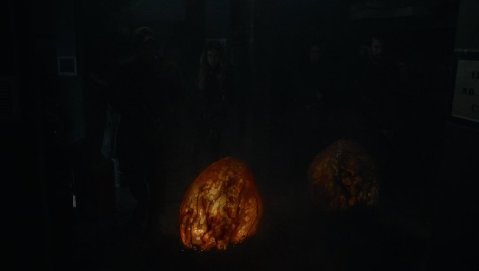 They’re so cute at that age.

I wonder if Tom writes all of these speeches beforehand or if he just wings it. Anthony’s only role in the finale was to be designated a glorified babysitter. His useless cameo basically sums up his role overall throughout the series. The opening scene made it seem like the final battle would be epic and full of loss, which is everything I had hoped it would be. Unfortunately, only a glimpse of the fight was shown in favor of following Tom’s group through the maze of Overlord eggs. The final fight has been hyped up for so long I was hoping to at least see some of it. Keeping it all off-screen was such a huge waste. I’ve always wondered where Overlords came from but I’ll never know what they look like since they were never on-screen long enough for a clear look. Anne being pregnant and Hal and Maggie becoming engaged gave a good idea of what the future will look like for these characters after the war, assuming they all survive.

Tom is separated from the others by debris and he continues on his own while the others find a way to get to him. Tom makes his way to the memorial and finds it destroyed and the Espheni establishing the site as a new base and finds himself face to face with the gigantic Queen. The Queen traps Tom in a cocoon and begins to talk to him in a feminine human voice. The Queen explains that the Espheni first invaded earth 1500 years ago led by her daughter but they were all killed. The invasion is largely due to the Queen wanting revenge against humanity for her daughter’s death. Anne collapses from a wound she sustained in the explosion and despite Weaver’s efforts she dies from blood loss. When the Queen begins to drain Tom’s blood, he attaches the Dornia weapon to himself and infects the Queen through his blood which causes her to explode along with the Espheni’s forces all across the world. Tom is devastated when he learns Anne is dead and brings her body to the beach in the hopes that the Dornia will save her. 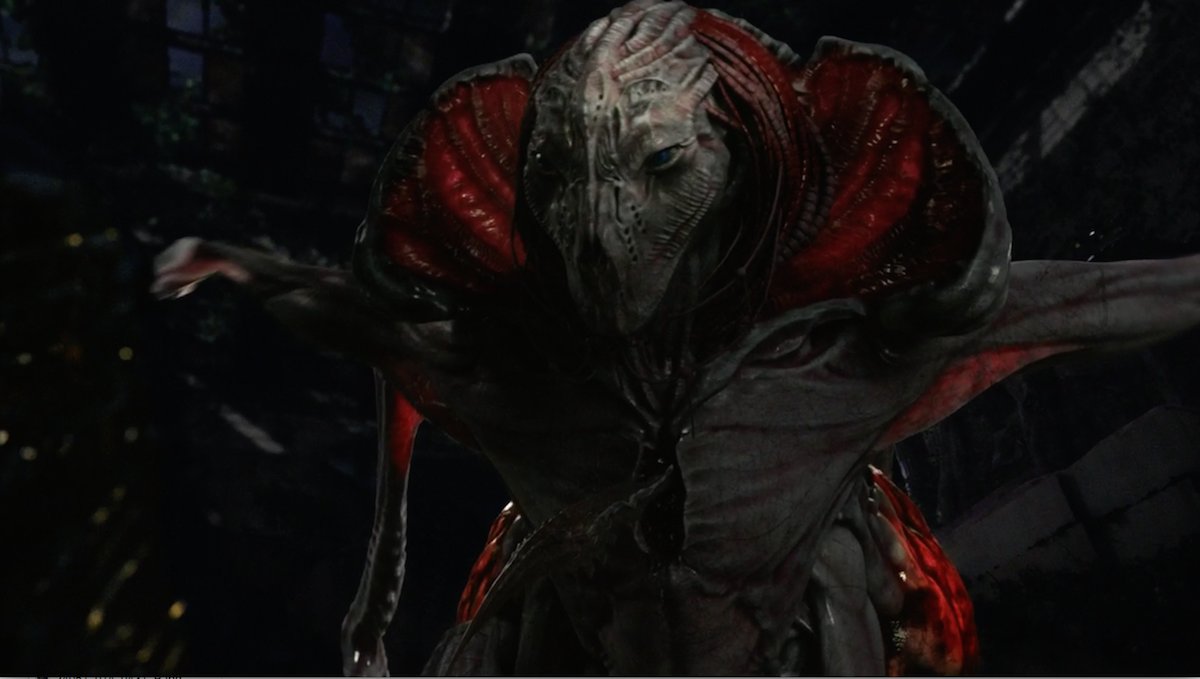 All hail the Queen!

The Queen was everything I expected her to be, large and terrifying, although being able to talk was a surprise. We knew the Espheni came to Earth to mine its resources like other planets but now there’s the added twist that the invasion was largely a revenge mission for the Queen. While normally this kind of twist would shake up the narrative I found it to be an unnecessary and unbelievable idea. The Espheni wiped out most of the planet when they first arrived but somehow a bunch of primitive cavemen killed them all. That doesn’t make any sense. The Queen’s death was pretty anticlimactic but at least she and the rest of the Espheni went out with a bang. Anne’s death on the other hand was a huge shock, especially given she was recently revealed to be pregnant. She was such a huge character that it resonated heavily, but if Tom manages to reverse it that would undo all of it. As great as Anne’s character is bringing her back is completely unrealistic especially since she died of natural causes, not anything alien.

Tentacles pull Anne underwater and suddenly a severely wounded Pope (played by Colin Cunningham) appears on the beach. Pope realizes that Tom’s pain doesn’t give him the satisfaction he wanted and asks Tom to shoot him but Tom refuses, and Pope dies shortly after. Sometime later, Tom gives a speech at the rebuilt Lincoln Memorial to surviving humans and Volm. Among the crowd is an alive and very much pregnant Anne. Pope’s death in this episode was more dignified than his would-be death last episode, although it felt rushed, but then so did the entire finale. Everything was wrapped up too quickly and neatly, especially the revival of Anne. Overall, I wasn’t too happy with how Falling Skies ended it’s run but at least all the storylines were wrapped up, albeit hastily.

“It’s been a punishing journey, not just because of those who we lost but because of the parts of ourselves that we’ve had to sacrifice along the way. Our innocence, our hope, maybe even part of our souls.”

Falling Skies has continued the recent trend of series finales that have disappointed fans (I’m lookin’ at you, How I Met Your Mother). Do the writers stop caring because they know the show is ending?

“You can kill me, you can put my head on a stick. You failed to learn your lesson for the second time. We will never surrender!”

The Dornia was pretty much completely absent from the episode. What happened? Did it fly back to space to wander the galaxy or something?

If you enjoyed Manny’s final skyfall, you can find the rest of his work right HERE on Sci-Fi Bloggers. You can also follow him on Twitter @KN_Manny.