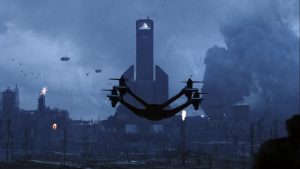 Philip K. Dick’s Electric Dreams’ first season is basically another season of Black Mirror. I know that sounds like an insult to the hard-working people who made this show happen and put a lot of creativity into this series, but, that’s what it is.

And I’m totally okay with that.

I don’t know if you’ve read my article on it or not, but I love Black Mirror. For that show, I must wait for new seasons, same as any binge-watching nerd. But, now, I can get more of it, sooner. We all get potential access to more dark, mind-bending, existential-crisis-inducing episodes exploring the deep problems and inevitabilities of our world as technology gets more and more powerful and close to our personal lives. It’s the Twilight Zone, taken and put in our newer world. 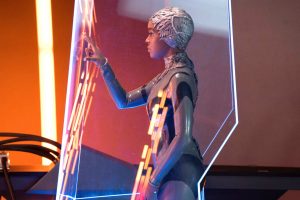 Now, I know you are here for a review—and not just me gushing. So, we may as well talk about the difference, even if there’s not a lot of them. The only significant thing is, at least from the first few episodes, is a subtle tone difference.

I don’t think it’s a controversial statement to say that Black Mirror is a little gleeful in its absolute nihilism. I think it’s clear the creators are having a great deal of fun knowing we are squirming. 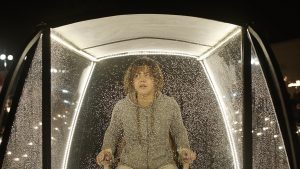 Electric Dreams Has Some Differences

And Electric Dreams seems to lack that. It’s way moodier in its first few episodes. Metalhead from season four of Black Mirror is the closest comparison I’ve seen. Tone and emotions are more important in Dreams. The focus on believable tech goes a little out the window in service of that—though not all the way.

Both shows are about human nature, but Electric Dreams seems more focused on how human nature reacts to tech, while Black Mirror is tech making it easier for cruel people to be cruel. 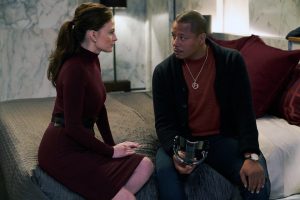 Now, of course, this could change at any time—in any episode. Both shows are anthologies. That alone makes it hard to review them in a way that’s more cohesive. On an episode-to-episode basis, each could be something new. There’s always a chance for new surprises.

As I gave away in the opening paragraphs, if you want extra Black Mirror, more Twilight Zone, additional dark sci-fi, then watch. The shows don’t have to fight. If you have the time for it, and the streaming service subscriptions, just enjoy both.

After all, how else can you have an electric dream, without a black mirror on which to show it?