Who is Lucy? The first trailer for Lucy does not yet reveal the answer, only showing us her transformation from a frightened drug mule to a determined woman set on discovering the world now open to her expanded mind. With access to twenty-eight percent of her brain, she’s already able to read countless pages of research in a few minutes, take down half a dozen armed goons, and elude any and all capture that comes her way. What will her abilities be like at fifty to a hundred percent? Also, as she gains access to new information and skills, is she simultaneously losing what makes her human? What is humanity then, if it means functioning at lower than our full potential?

Lucy is the latest film by French director Luc Besson, whose eclectic credits include The Fifth Element, Joan of Arc, and La Femme Nikita, with for Taken, Columbiana, and the upcoming action flick Brick Mansions. What stands out the most in his repertoire are his action-oriented stories with women taking the lead, and his ability to work in many different genres. Both of these bode well for Lucy, which hopefully includes a complex protagonist role for Scarlett Johansson and some new twists on sci-fi, superhero, and spy thriller tropes. 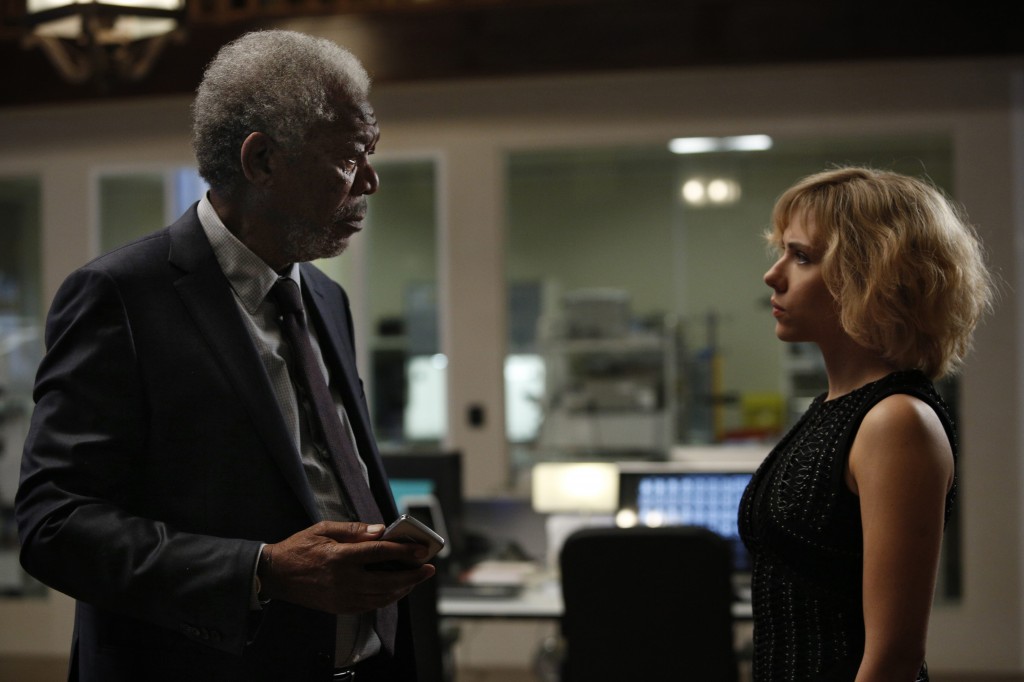 From the footage of the first trailer, the film looks like quite the international adventure, but also promises some exploration of the human mind and what it can and should do. Morgan Freeman plays a scientist whose research on the brain makes him the prime resource for Lucy as she discovers her new powers and potentially faces their side effects. But the film leans much more toward science fiction than science fact, as seen in the telekinetic powers that Lucy develops.

As far as we can see in the trailer, the drug that slips into her bloodstream is not the only dose of its kind. It will be interesting to learn who the drug was meant for and if any other characters are tempted to take it as well—or whether the plan was to trigger a change within Lucy all along. Besson is the film’s writer and director, and Lucy seems to exist without any recognizable source material. I’m intrigued to see how this exciting female-led movie fares in a summer of franchise pieces and sequels.