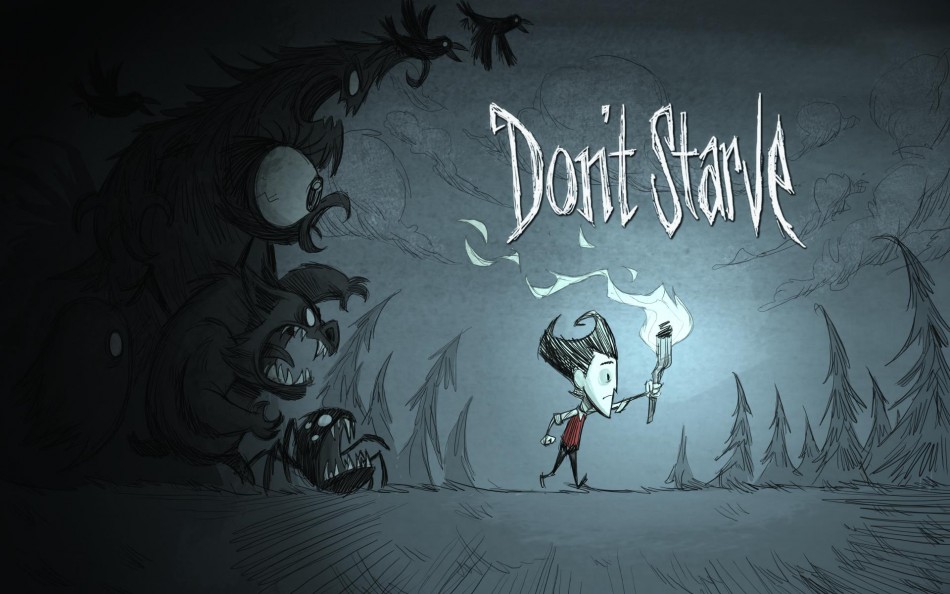 The point of the game, while it is a sandbox, is to find the four pieces of the machine and put it together.  Doing so will allow you to travel to another world and the old one will be destroyed.  Of course you will have to survive in order to do this, especially when winter comes.  At that time you can easily freeze to death if you aren’t prepared.  Without the proper clothing and access to heat sources, you will die.  Food and resources are also harder to come by.

A Cold Reception is a good world to start on because it isn’t all that difficult.  The hardest point of this world is the first season of winter, especially if you don’t know it’s coming.  The seasons are very short on this world, meaning that the first day of winter will come around day 7.  If you don’t kill a few beefalo to make a beefalo hat early, then you’re going to have an extremely difficult time come winter.  The other thing about this world is that it is almost constantly raining, limiting your visibility and draining your sanity.  It is important to get some monster meat and turn a pig into a werepig so that you can get pig skin and make an umbrella quickly.  One last thing about the rain is that it will rain frogs, normally a rare event, but it is always raining so there are more chances.  These frogs are more annoying than anything, but they do provide you with a lot of food.  When beefalo are in heat, be on the lookout for 30+ frog legs.

There will usually be a few missing resources as well on this map.  I did not have any rabbits or berry bushes.  Grass was rarer and I had to fertilize what grass there was.  It is a good idea to not stay at the beginning for too long, as there are more resource rich areas elsewhere.

If you get lucky (like I did) and find a walking cane, it will be incredibly useful.  There are barricades between different sections of the map, and each section has a different piece of the puzzle (except the first one where you start).  I recommend putting on a log suit, equipping the walking cane and just running as fast as you can through these dangerous obstacles.  You shouldn’t take too much damage using this method.

With all of this, it is much harder to survive than on a sandbox world.  This is a good world to hang out at for a while and learn as many crafting recipes as you can before moving on.  Any recipes you learn now, you won’t have to learn later in a more dangerous world.  Good luck!