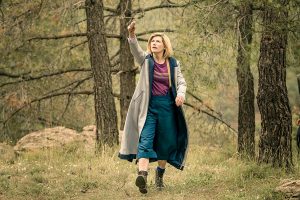 Doctor Who Is About Fun Adventure

Brush away all the controversy, shall we? Doctor Who has always played fast and loose with its lore. The point of Doctor Who is to deliver fun, pulpy science fiction stories, and clever twisty adventures. It’s a show where the whole idea is that they can do just about anything in the name of an interesting story.

Doctor Who is unbridled creativity, and there is nothing wrong with that. So, if the Doctor is a woman, then let’s just roll with it, okay? The gender doesn’t matter. It never did. And anything I say about her has nothing to do with her gender or the controversy.

Okay, we cool? Cool. Now, getting to the point, I can’t get a bead on this new Doctor. The first Jodie episode was a little shaky; intro episodes often are—but, even with some growing pains, there’s still a lot of good already. The new director has a distinct style and I think it’s good for the series’ long-term health. It has a more realistic, more gritty flair to it. 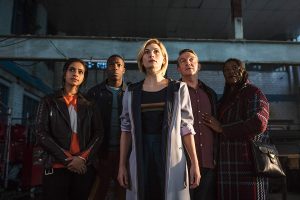 But and this is the real problem: By episode two, at least, I’m still not sold on Jodie as the Doctor. I don’t think of her as the super smart Time Lord. I just think of her as a plot contrivance to solve problems. The rest of the cast is good, most of the time, and I believe them as characters, but this Doctor, so far, doesn’t feel like the Doctor. I can still see the strings. She does all that the Doctor does: make speeches, invents insane stuff, talks her way out of fights, and tricks opponents into destroying themselves.

And that’s all good Doctor behavior.

But she’s not quite got me on-board. Again, this article is working with only the first couple of episodes, and maybe the third one turns off all my hesitations. As weird as it sounds, I feel like a moment of deeper sadness or grandiose-ness was needed to fully sell me on her being the same Time Lord that has taken on a sky full of ships and held them back without firing a single shot. 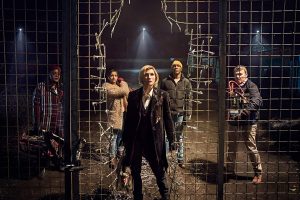 I want to make it clear that I like Jodie’s energy. She’s excited and driven and I think she could take the character to interesting places—but I need to believe that she’s a madwoman in a box. I need to see oddness and quirkiness that’s somehow not too silly—like hating toast or jamming on an electric guitar—and have it be just a side-effect of her being miles ahead of everyone.

I need to feel like this one woman could save worlds and end them with her wits and her screwdriver. Could take any group of people and make them into a force for good.

I need her to be the sort who can tell someone they’re special and feel like she sees it in every bit of them.

And I think Jodie can get there—but I don’t know how many episodes are needed before she elevates to the point that she really is The Thirteenth Doctor. 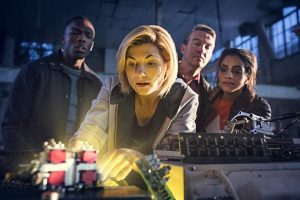