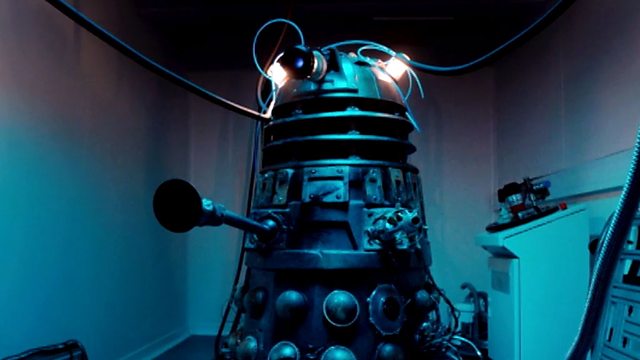 Trust me when I say that I love Daleks. With a few exceptions, Dalek episodes always turn out to be some of my favorites from a season. Unfortunately, this is an exception.

The episode started out well enough, though a little awkward, with the Doctor pulling a soldier out of a ship that was about to self-destruct. She’s…reluctant to trust, but eventually Clara, the Doctor, and some random soldiers are all miniaturized and insert into a “good Dalek” that needs a Doctor.

“Into the Dalek” just fell short for me after the wonderful season premiere. I didn’t care for the cheesey, “No, Doctor, YOU are a good Dalek.”

What I did like was the antibodies, especially since we just studied those in my biology class. When Clara complained that they’re only trying to help, the Doctor replied with, “Can you control YOUR antibodies?” The answer is no, no you can’t.

Another glimpse of Missy after a soldier gave her life to help the Doctor. Now I’m wondering if Missy is somehow simply collecting those who died for the Doctor. First the clockwork robot (who I believe killed himself; the Doctor doesn’t physically push people/things to their death) and now the soldier who gave her life, only asking for the Doctor to do something great and name it after her. 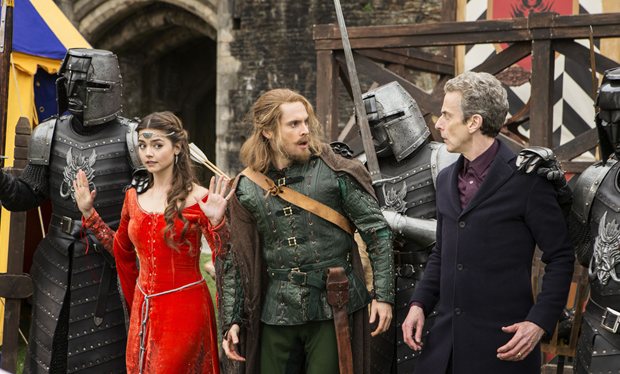 Moving on, we had “Robot of Sherwood”. It was better. The banter between the Doctor and Robin Hood was fun and Clara’s fangirling was appreciated. Ever notice that the companions are the ones who change their clothes to blend in while the Doctor just keeps to his usual attire?

The twelfth Doctor is not amused. Why? Because Robin Hood isn’t real! Right?

Welcome to the second episode of the season where there are robots in the complete wrong time and place. I didn’t care for the golden arrow “quick fix” that got the robots far away enough not to wipe out England. Shooting an arrow into a fleeing spaceship to help with the gold content? Okay, Moffat.

The writers need to seriously step up their game for the rest of the season. I have absolutely no complaints about Capaldi and his portrayal of the twelfth Doctor, but his plot lines have been seriously lacking. Hopefully, next week’s episode will live up to the Doctor Who standards that we are so used to expecting. It looks creepy enough. 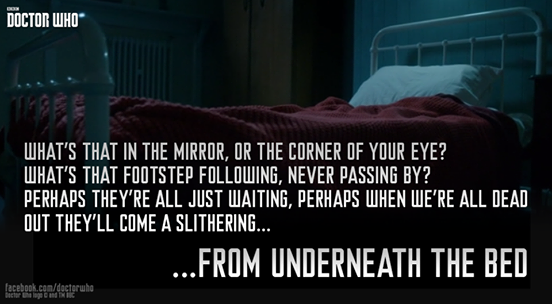