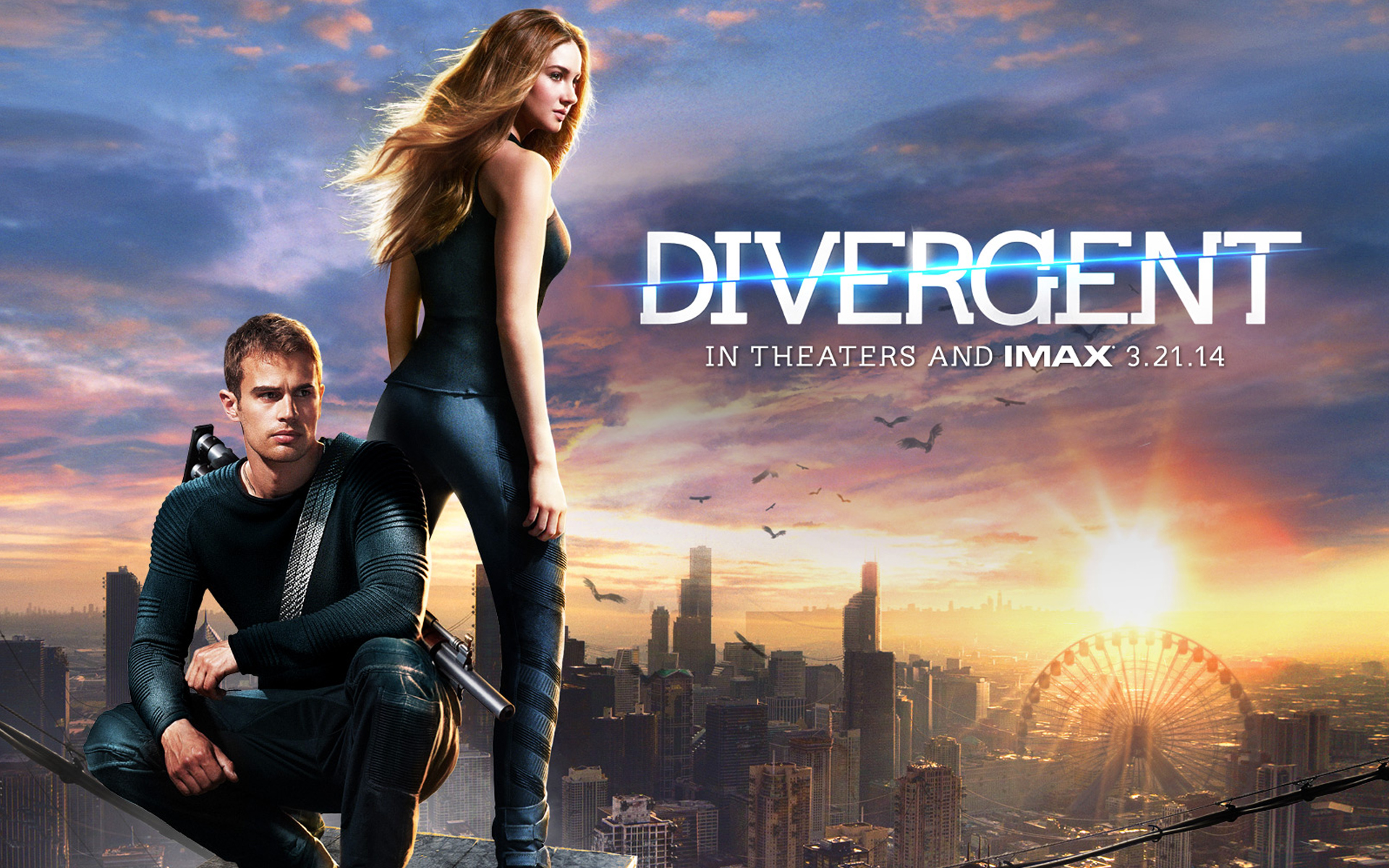 In the Divergent film adaptation, humanity has isolated itself from the rest of the world via a high-tech barrier known as the Fence. Apparently they’re being protected from the devastation of said world caused by war or the danger of vicious mutants; take your pick. In this walled-off Chicago of the future, every teenager must take part in a test to determine what role they will play in their society. Except for Beatrice (Tris) Prior, who doesn’t know what she wants. Her decision to go against precedent and choose a different faction than her parents is the spark that changes everything.

The controlling government has maintained order by means of structure. Each faction has its own role: the Dauntless, its police; the Abnegation, its public servants, and so on. It’s when citizens displays potential for multiple factions (called “Divergents”) that the trouble starts. These Divergents are something that the government cannot control. Since humanity’s survival depends on the absolute ruthlessness of aforementioned control, the higher-ups see Divergent as the penultimate threat to humanity and must be destroyed. For the greater good, of course.

Now, I’m not saying author Veronica Roth ripped off The Hunger Games, but the comparison between the two is inevitable, given the similarities between them (and the teen/young adult genre and market they are part of). Both encourage dichotomy: teamwork is valued for survival, while betrayal is essential to get ahead of the competition. It’s the typical fare for societies whose governments demand the very best of their citizens. Having them kill each other in the process is an unfortunate *coughcompletelyintentionalcough* byproduct.

Having the benefit of foreknowledge with dystopian stories makes predicting future films easy. Tris becomes the resistance’s figurehead. People will flock to her. People who have greater experience in the ways of the world, people who clearly would be a better model for leadership, will defer to the inexperienced teenager. They will even die for the sake of this teenager, whose fervent wish is not to shoulder such responsibility.

The weight of being a figurehead is soul-crushing. Tris, like Harry Potter and Katniss Everdeen before her, wants to scream out to these foolish people, “I’m just an ordinary teenager! I’m nothing special!” But of course, she can’t, because everyone’s counting on her, she’s humanity’s best hope of freedom, blah, blah, blah. I’ve seen it all before. By the third book, after the appropriate number of people have died, Tris accepts her role and spearheads the revolution.

I don’t hate Divergent, nor its coming sequels. I just know where they’re going. The hardship, the struggle, all of it is laid out for me like the cheat sheets of a math test. Divergent has pretty actors, wild stunts and cold-hearted antagonists, but it doesn’t offer anything that separates it from other teen/young adult fiction like The Hunger Games. See it if you want. Just don’t come back to me if you can’t tell them apart.

If you enjoyed Michael’s piece, you can find the rest of his work right HERE on Sci-Fi Bloggers. You may also subscribe to his YouTube channel by clicking right HERE or check out his personal blog over HERE.