Divergent (published May 3rd, 2011) is the first chapter of Veronica Roth’s Divergent trilogy, followed by Insurgent (2012) and Allegiant (2013). The novel takes place in a futuristic Chicago in which the population is divided into 5 factions: Abnegation, meant for the selfless, Amity, for the peaceful, Candor, for those who value the truth above all else,  Dauntless, for the brave, the courageous, and Erudite, for those who pursue knowledge. 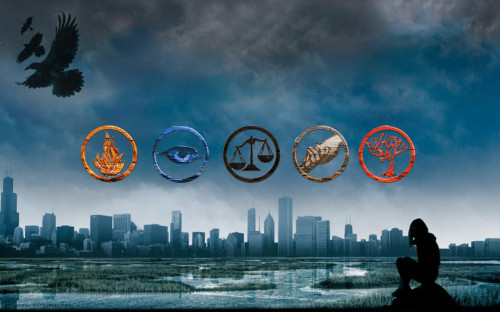 Every year, all sixteen-year-olds take an aptitude test that will tell them which faction they are best suited for. They will join one for the rest of their lives or live as outcasts among the Factionless. The protagonist of the story is Beatrice Prior, a girl born into an Abnegation family. Problems occur when, after taking her test, she it determined to have attributes aligned with multiple factions. This makes her “Divergent.”

Concerned by this result, she decides to join Dauntless, beginning a difficult, life-threatening initiation process that all newcomers must pass in order to become members. Her story develops following two paths: her training, filled with obstacles and tension with other recruits, and the (common) romantic tale, wherein she develops a special relationship with Four, a Dauntless leader. The novel takes a sudden turn when the Erudites intend to use the Dauntless to stage an attack on the Abnegation.

The book starts slow, taking the reader’s hands and carefully guiding them into the world. When things get more active, the rhythm is often interrupted by teenage issues reminiscent of Dawson’s Creek, with chaste kisses and blushing cheeks. The character development is very simple and clean, with very few unexpected twists. This, in a way, makes Divergent an entertaining read, if one is looking for something that won’t scare them out of their wits. The story is fairly original and has great potential, potential that is left somewhat untapped, what with all the useless, repetitive chapters on introspection and moral discussions which could, in theory, be substituted with a little more action.

The Divergent trilogy has been compared with other novels for having a similar target audience and themes, such as The Hunger Games and its sequels. In my opinion, Divergent is, at the very least, a good distraction while we await the third adaptation of Suzanne Collins’s series. 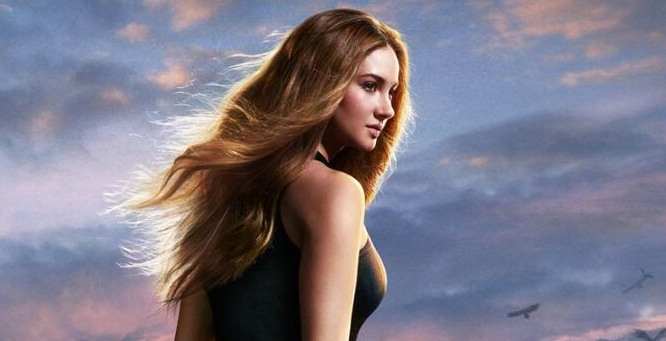 Summit Entertainment has seen a gold mine in Divergent and a film adaptation will be released soon enough. Before we start reading the sequel, let’s enjoy a good and, hopefully, better-than-the-book (hey, there’s a first time for everything) movie.