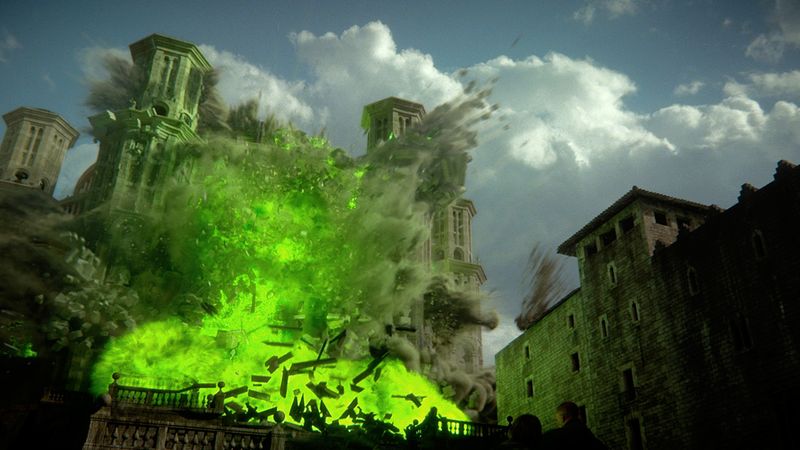 I am stunned. I just, you know, I criticized this season, then I praised it, and then I didn’t write about it for a while, but guys, Game of Thrones just had a perfect episode. Every inch and every detail of this show, this installment was flawlessly executed, and laid out what will come next season perfectly.

I would now be okay with them ending on season seven, but they seem to already be prepared for eight.

Let’s talk about it.

THE OPENING SCENE: With some of the most unique and poignant music in the series, smooth, rich editing, and performances both silent and loud, the tone of this whole section was set in just the right manner. This opening chilling. We saw so much in it. The look on the High Sparrow’s face when he knew all was lost, and that it was his fault, it was so…

…unavoidable. He had truly done himself in, and he had done it via the very attribute he ostensibly fought against: hubris. Loyalty to the gods, I don’t think that’s what did it. He thought he had won. He was so sure of it. And that’s what happened in the end. He just wasn’t careful enough. He didn’t examine all his pieces. He didn’t clear the board. And just the fear in his eyes, it was palpable. What a display of talent, such that it wasn’t even a matter of saying, “He’s a greater actor,” rather, “What an incredible story.”

And the Tyrells, when they knew. Ugh, the execution, that’s what did it.

A great number of things, all of which were established throughout the series, came to fruition in that moment:

“I will burn our house to the ground before I let that happen.” – Cersei Lannister

“I will burn their cities to the ground if they touch her.” – Cersei Lannister

“He burned Hands who disobeyed him. He burned anyone who was against him. Before long, half the country was against him. Aerys [Targaryen] saw traitors everywhere. So he had his pyromancer place caches of wildfire all over the city. Beneath the Sept of Baelor and the slums of Flea Bottom. Under houses, stables, taverns. Even beneath the Red Keep itself. Finally, the day of reckoning came.” – Cersei Lannister

QYBURN: “Your Grace, that old rumor you told me about, my little birds investigated.”
CERSEI: “And? Was it just a rumor or something more?”
QYBURN: “Much more.”

With the precision of Michael Corleone, Cersei dispatched nearly every adversary she had with one fell swoop. This wasn’t just good direction, this was storytelling. It’s hard to imagine a time when Game of Thrones was better. And to top it all off, the manner in which Tommen “Baratheon” was handled was both tragic and appropriate, a prophecy fulfilled.

This opening was magnificent and is, as far as I’m concerned, the best start a Game of Thrones episode has had, period. 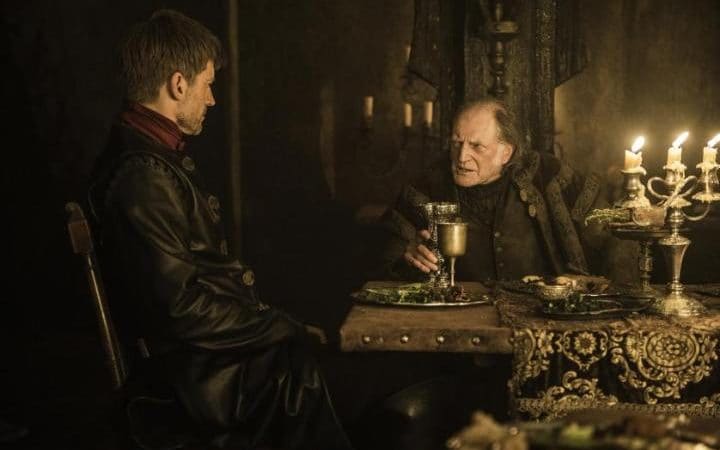 THE TWISTS AND TURNS: An abundance of memorable scenes coalesced herein, most of which caught me off guard entirely. We got to see the relationship between the Lannisters and Freys becomes more, well, frayed, and subsequently we saw the Citadel for the first time. This is where we really gained a sense of the scope of this episode. Wide shots were utilized, framing grand subjects, all used to indicate who was powerful, powerless, or simply overwhelmed (especially in Sam’s case, when he witnessed that massive library). Miguel Sapochnik has proven himself to be not only a competent director, but a genius.

The dismissal of Melisandre, while warranted, has me worried. She has been “wrong” in the past, but in Game of Thrones death often pays for life and it’s possible Shireen’s demise paid for Jon Snow’s resurrection. That being said, it’s clear that her Lord has led to occurrences both miraculous and horrid. Perhaps Snow will find he needs the Red Woman again sooner rather than later. Unless the Lannisters get ahold of her, or the Brotherhood, both of which are more likely.

Jon and Littlefinger both offer Sansa lordship over Winterfell and the Iron Throne. She won’t be receiving either, but it is interesting to see Sansa at last having a say in things, a degree of power. Her judgement is lacking however, as she could’ve easily prevented a tremendous number of deaths by telling Jon about the Knights of the Vale beforehand.

Meanwhile, Olenna Tyrell is in mourning. Revenge, however, appears to take precedence over grief. After Cersei committed pretty much the most significant terrorist attack in Westerosian history, the Tyrells and Martells (heh) are looking to get even. Varys enters their meeting, citing the Targaryen words, “Fire and Blood,” which leads me to believe that Alt Shift X’s theory about his plans is probably true.

Daenerys sends Daario Naharis on his way, a necessary sacrifice. However, this leads me to an interesting point: if she’s sacrificing her relationship with Daario in order to use marriage as a tool in Westeros, what was her promise to Jorah worth? Maybe he’ll lead the Kingsguard (the ultimate friendzoning)? He won’t be Hand because, y’know, the rightful Hand just got his badge back (YEEEEEEEEEEEEEEEEEEESSSSS!!!!). Things are finally coming full circle.

See, this whole season was clearly developed with a focus on one concept: resurrection. Not that that was all that was considered during pre-production, but it’s obvious that “revival” and “returning” were primary in focus. This is reflected in the return of lost characters, the answering of long-dead questions, and the linking of old ideas with a new world. The next three events illustrate that beautifully: Arya Stark baking a pie out of Walder Frey’s son (the Rat Cook, anyone?), the revelation of who Jon Snow’s mother really is (YOU HAD BETTER KEEP YOUR WORD), and the declaration that there is a new King in the North (thank you). I felt an immense degree of satisfaction during those, goosebumps throughout, especially knowing that the reason the showrunners were able to produce Thrones in the first place had to with them answering a certain question correctly. Bravo, guys, for making your dreams come true. Very well done. 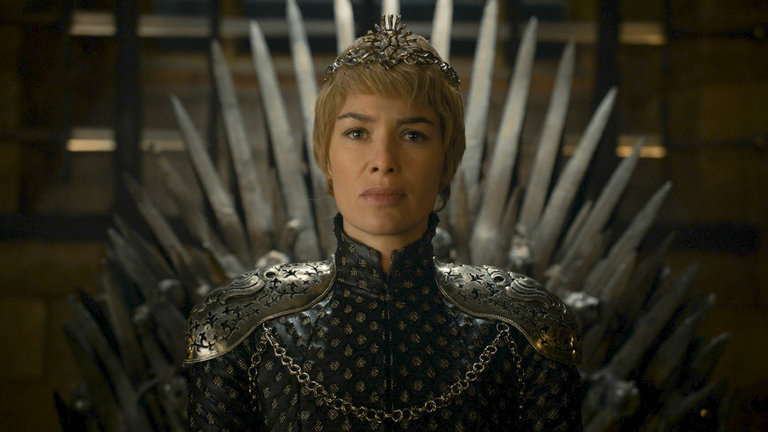 Cersei’s coronation was just the right bookend (or rather semi-bookend), with Jaime’s arrival indicating a distinct lack of approval (Nikolaj Coster-Waldau had a very precise way of conveying a mixture of feelings, which is admirable from an actor’s perspective).

And lastly, it looks like the Greyjoys, Martells, Tyrells and Targaryens are taking Westeros by storm.

Again, just an exceptional piece of art, ending on a high note (as it should’ve), and leading us into a season destined to be better than the last. 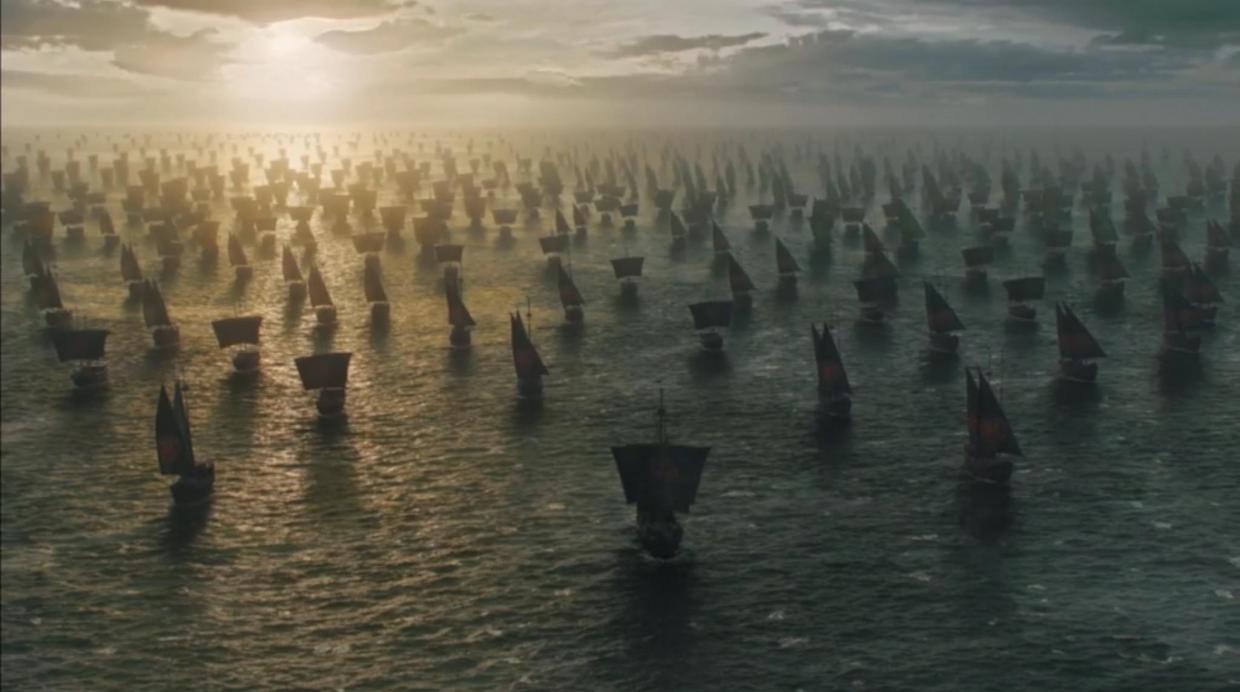 I would now be okay with just seven seasons. They’re doing eight, I’m aware, but I’d now be all right with it because it’s clear that the story of Game of Thrones is being helmed correctly. This was, indeed, a perfect episode.

Oh, and Winter is Here. 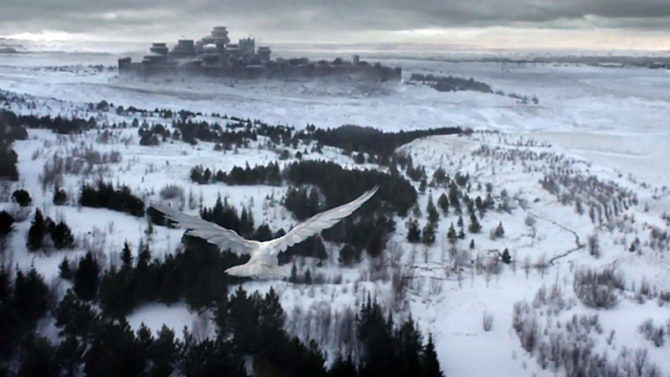