As a part of a major programming event, Syfy produced a three-episode miniseries based on the famous novel by Arthur C. Clarke, Childhood’s End. The event took place over three nights and is available to stream on Syfy’s website here.

The first episode, entitled “The Overlords”, introduces the story of Earth and how it came under alien reign in 2016 after spaceships appeared above cities without warning. The Overlords use visions of deceased loved ones to tell the people of Earth that they will be healing the planet of its suffering. The mysterious leader, Karellen, chooses small-town farmer Ricky Stormgren as the mediator between the aliens and humans and Ricky becomes a target for radical organizations who disagree with being run by an alien race.

The second episode, called “The Deceivers”, focuses on a few different family situations like Ricky and his wife Ellie trying to have children and new couple Jake and Amy’s trouble with their son, Tommy. Intertwined with these predicaments is the story of science and what part it fulfills in this new world order and after Karellen warns that something dark is coming to affect children a dark eeriness looms over Earth. 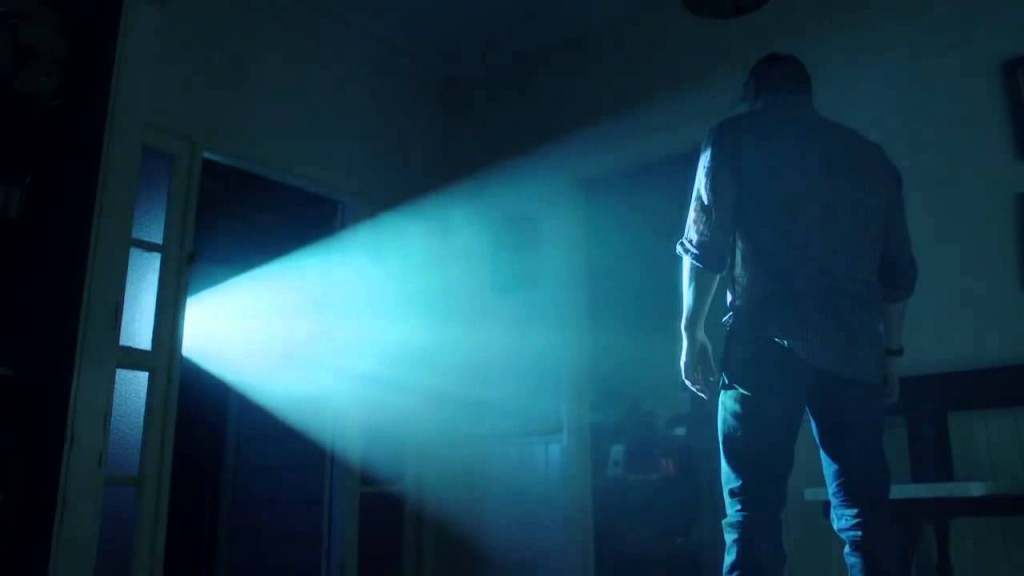 The final installment focuses on and is titled, “The Children”. This is where s**t hits the fan, but you definitely knew it was coming. Karellen says that children will begin to disappear and no more will be born. Humanity will come to an end. I’d attempt to tie each loose end for you, but it was more than chaotic and pretty underwhelming.

I get it. Novels are hard to adapt and unfortunately this miniseries doesn’t serve justice to fans of the original novel. It’s certainly not a bad interpretation but it is one that could have benefitted from more time like a full ten episodes. The first and last episodes are the best part. The terror of losing all power to the Overlords and realizing that life is forever changed and then the second episode is everyone just kind of going along with it. The final episode features some really great special effects and good performances but it falls flat and moves too quickly to care. The biggest disappointment is that the whole series was spoiled in the first minute it was aired! Extreme foreshadowing like that only works if the buildup to that moment is intense and meaningful, and these empty episodes certainly weren’t.

If you enjoyed Carly’s takedown, you can find the rest of her submissions (some subtle humor at work here) right HERE on Sci-Fi Bloggers. You can also follow her on Twitter @MrsCarlyRodgers.