Bungie released Destiny in the beginning of September in the midst of a whole lot of hype, and now the question is…was it any good? 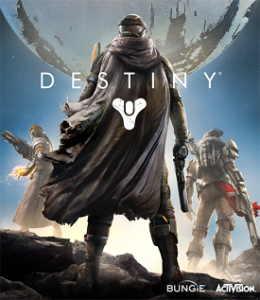 In terms of sales, it’s great. In fact in the first five days, over $325 million worth of product had been sold, thus making it the biggest new video game franchise launch in history. It’s still pretty early to tell how well it’s doing financially, but with an upcoming expansion in December and the holiday season, it’s likely it will continue to find success.

The problem lies within the story. People expect big things from the guys that gave us Halo, and even Bungie’s COO, Pete Parson, promised to deliver on the highest expectations. “We like to tell big stories and we want to put the Destiny universe on the same shelf they put Lord of the Rings, Harry Potter or Star Wars…” Whoa. It’s quite possible there’s room to improve with the plans of a ten-year franchise and big money being thrown at expansions and sequels.

So what happened to the story? Where did it go? Those who have played the game know that the storyline, while intriguing, is hard to follow and leads nowhere. Missions are repetitive and don’t explain much. Characters appear and disappear, and events from trailers and footage released earlier in development are nowhere to be found. Despite the complaints about the story, Destiny still holds respectable scores around the gaming community, like a 78 out of 100 on Metacritic. Users are all over the place in terms of opinion, but despite the lack of explanation and plot there are some great elements. 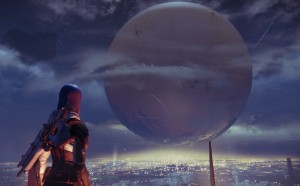 Personally, I find the game absolutely stunning. Each planet offers a rich setting and plenty of nooks and crannies to explore. Playing with friends proved to be a blast. Whether we completed strikes on Venus or simple missions on Earth, we had fun. But I do hope that the chat is opened up more to the community in-game and not limited to my small fireteam of friends. Despite the game’s flaws, I cannot put my controller down. Is there room for improvement? Absolutely. Weapons need upgrading, dialogue needs work, and a story needs to…well, exist. I, for one, choose to believe that this galaxy we were promised is just beginning to unfold, and the best is yet to come.