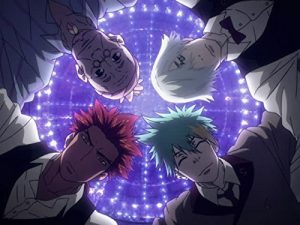 Death Parade is known as a show with a startlingly positive and peppy song as an intro, paired with a depressing plot line. While some might find this to be a factor of it that is confusing or warping in tone, I think it’s a necessary bit of levity for what is otherwise a tough sit-through of an anime.

Make no mistake, this show will break you. Especially toward the end of the series, some scenes are not only depressing but also existentially terrifying. As an expression of the afterlife, it’s certainly a unique one—but also one that raises questions that are severely hard to think with for too long. The concept of “The Void” is one that I’d rather not consider past the writing of this article. 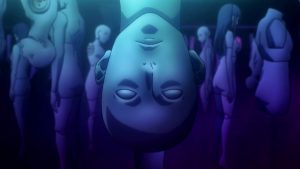 Death Parade Is Dark In Ways You Don’t Expect

But what’s so clever about it, is the level of disarming the show does. It almost keeps falling into some sort of pattern, some level of formulaic plot progression, but then switches it up, or looks at things in different ways so that the audience is never bored. The first two episodes should be watched back to back, for instance, as they cover the same story from two different locations. And the effect of this is that you learn the rules of the world, and an automated and mechanical afterlife maintains a sense of familiarity and comfort rather than drudgery.

But, despite that moment of praise—and boy could I heap some on the slow but effective storytelling—I can never say this is a show that everyone should watch. It’s depressing and dark, and, again, will ruin you. A surprising amount of people enjoy anime that make you bawl your eyes out, but this isn’t that either. 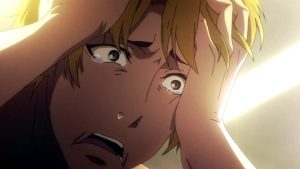 Death Parade Might Make You Cry If You’re Lucky

This is sitting there and feeling numb. The show ultimately throws out some concepts and philosophies, and, dare I say, life lessons, that are not only positive but important and delivered in a way that they stick—but sucks you dry in its teaching.

But you also can’t get such a unique story and world, such a gentle method of storytelling, and simple exploration of these concepts anywhere else in anime—not that I’ve seen. It’s something wholly unique. At only 12 episodes, if you are an avid anime watcher, it would take no time at all to binge your way through this brilliant self-torture. 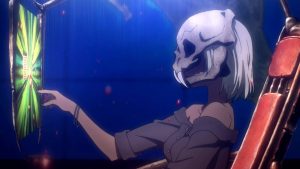 Death Parade Is Best Experienced As A Binge

The characters, the backgrounds, the musical score, the actual heartbreaking joy in the tiniest facial expression (you’ll know the one) it’s so good, it’s profound. This is what great art does. It deserves the popularity it still has and I’m glad I saw Death Parade.

I just will never attempt to rewatch it. I’m not a masochist. 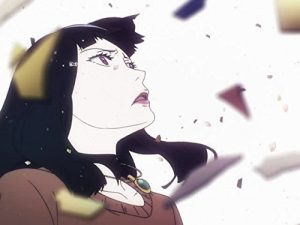