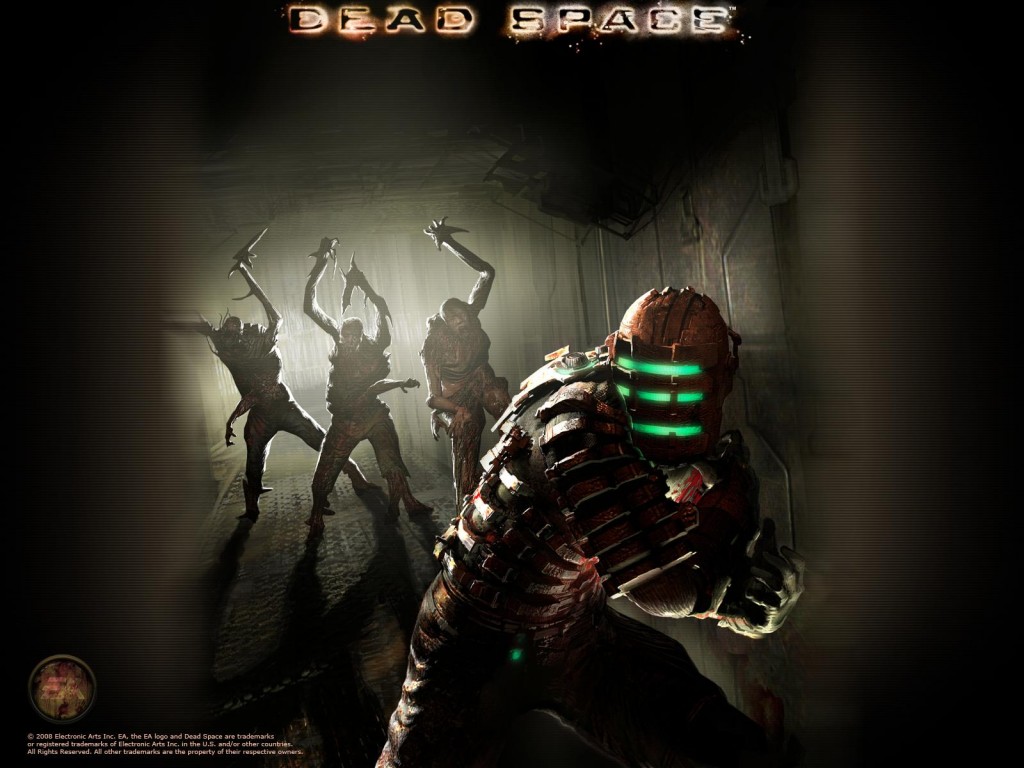 Dead Space was released in 2008, with a sequel, Dead Space 2, released in 2011.  The game is a blend of a 3rd person shooter and a survival horror game.  In the first Dead Space, the protagonist, Isaac Clarke goes the Ishimura, a planet cracking mining vessel that has gone dark.  He is an engineer, intent on fixing whatever it is the problem is, but instead he discovers a kind of flesh eating bacteria that reanimates dead corpses into monstrosities called Necromorphs that have to be dismembered in order to be effectively killed.

Dead Space was well received and has a lot of good reviews under its belt.  Of course, there are plenty of good reasons behind this.  Dead Space has great game play, with plenty of creepy, scary moments for the horror fans among us.  The idea of dismembering opponents is such a unique idea.  It hasn’t really been done before and that shines in this game.  Another good thing about Dead Space was that it didn’t add any fights against humans, like so many other games do.  These battles are usually tedious, annoying, and not as fun after the player is used to fighting against beasts.  (Two good examples of this is are Legendary and Singularity.)

The enemies in Dead Space are fun to fight, providing a challenge, as well as different strategies for each one.  To deal with this, each weapon Isaac comes across has very distinct abilities, as well as secondary attack mode.  For example, the plasma cutter fires a small blast that is effective at cutting off small limbs.  It can also be rotated 90 degrees, which makes it more useful for cutting off enemy legs.  My favorite gun comes from Dead Space 2 and it is called the Javelin Gun.  This gun fires (as you would expect) a javelin that can stick enemies to walls as well as rip off limbs.  Then, the secondary fire mode causes the last javelin you fired to electrocute everything around it.

There are also a few puzzles in the game that Isaac has to solve in order to bring the ship back online.  These mostly include using the kinesis module to move things around and the stasis module to slow things down.  Fortunately these don’t distract from the game play and don’t take very long to solve.  The puzzles actually help you learn how to use those two modules to fight enemies.  Stasis can be used to slow down enemies while kinesis can be used to throw objects at enemies, even their own bladed arms.

Dead Space 3 is scheduled for release in February, 2013.  Before it comes out, I would highly recommend picking up Dead Space 1 and 2.  They are both cheap now and they’re both really great games.  If you can only get one, I would definitely recommend the second one, as it improves on the first in a lot of ways, but if you can, get both.  They’re great games that you will definitely enjoy and then you will be ready for the third one when it comes out.