Watch out Marvel, because DC is putting in a lot of work to keep up. Back in August, dates for unannounced DC films were released, and now we know what to expect. Frankly, it looks promising. Upcoming Batman v Superman director Zack Snyder will be at the helm for two Justice League films, the first in 2017 and then again in 2019. 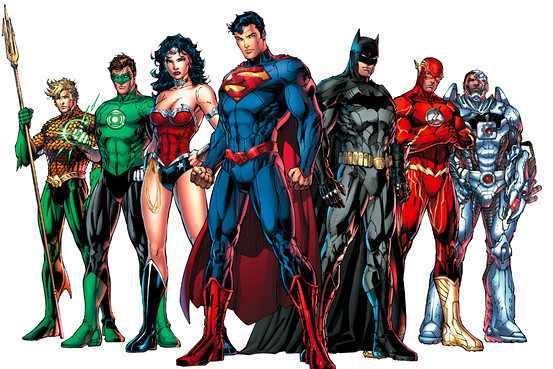 Also confirmed are stand-alone Batman, Superman, and Wonder Woman films with their respective actors Ben Affleck, Henry Cavill, and Gal Gadot. Jason Momoa was finally officially announced as the title character in Aquaman in 2018. The Shazam film is looking to release in 2019, and it still features The Rock, but no other casting decisions have been released.

So let’s talk about some surprises. Firstly, a not-too-surprising film featuring The Flash. The television show is enjoying moderate success, so it makes sense that the character would transition into film. However, television’s Grant Gustin won’t be taking the lead, rather Ezra Miller of The Perks of Being a Wallflower has been announced to star in the 2018 release.

There’s also going to be a Cyborg movie! It’s not expected until 2020, but actor Ray Fisher is set to appear in BvS  and the Justice League franchise. Nothing is known about the film, but it was probably the most unexpected announcement.

In news we’re not sure how to feel about, DC is giving the Green Lantern another shot. The movie is expected for 2020, which will be nine years after the Ryan Reynolds vehicle crashed and burned. 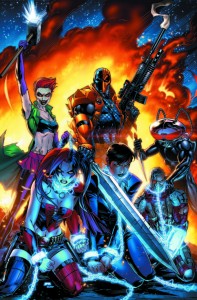 In news we’re positively ecstatic about, the Suicide Squad is getting the big screen treatment. The ragtag group of antiheroes is enough to get audiences excited, but the announcement of Fury director David Ayer is something to celebrate. How does it get better? Rumor has it that the studio is thisclose to signing Tom Hardy (The Dark Knight Rises) and Margo Robbie (The Wolf of Wall Street.) The absolute cherry on top of this news is that Will Smith is also close to accepting a role in the film due out 2016. That’s a lot of stars for a film that’s not about Batman and Superman, and that’s a killer move by DC to move in on Marvel’s territory.