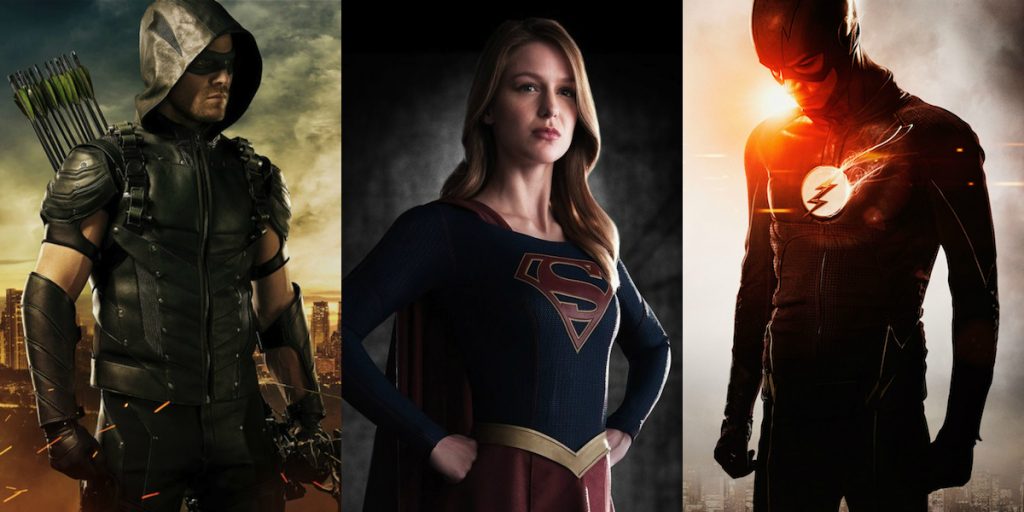 Fangasms abound! The CW is bringing us a groundbreaking 4 DAY CROSSOVER of ALL their DC shows! Supergirl + Arrow + Legends + The Flash will battle an alien invasion by the Dominators (who sound curiously like Daleks, though they don’t look like them at all). During the event, we’ll get to see all of our favorites from each show on all the other shows! Okay, calm down and keep reading.

The event starts this Monday November 28th with the Supergirl episode “Medusa” and continues Tuesday with The Flash in an episode entitled “Invasion!”.  Arrow picks it up on Wednesday with their episode also called “Invasion!”. And Legends of Tomorrow wraps it up on Thursday.

The CW is also having a contest to mark the event cross-marketed with Final Fantasy XV. You can win a free exclusive Final Fantasy XV Xbox One console. Check out the details on their website and watch the crossover trailer below.

If you’re not caught up, you can watch the latest episodes now on the CW website. You can also watch all the CW shows on Amazon Fire TV, Roku, Android and Apple TV and more.

Here are some direct links to make it easier for you: 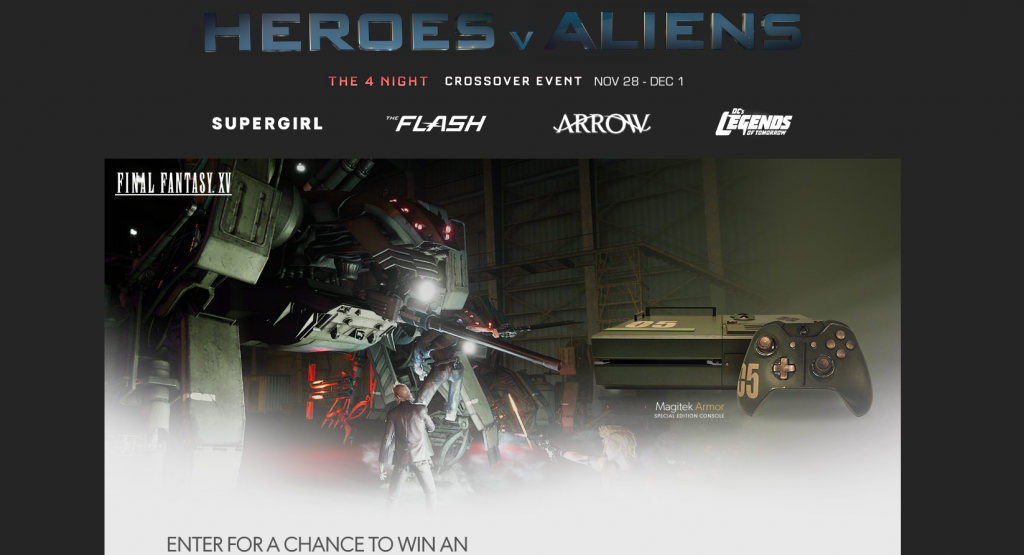