Stick is being sheltered in Matt’s apartment away from Elektra AKA the Black Sky and Nobu. Matt is still sure that he can stop them both on his own. He and Elektra bicker on the rooftop about her new role in The Hand. It’s a confusing back and forth of Elektra’s hesitation and Matt’s insistence of working with one another when both have shown very little of these traits throughout the season.

Meanwhile, it seems like a formal lunch date is the nail in the coffin for the firm of Nelson and Murdock. Carrie Ann Moss returns in her role as Jeri Hogarth to sway Foggy into becoming a partner at her firm. Karen and Frank are still tied up in his story even after the death of The Blacksmith. Frank becomes inspired by his X-ray in the paper…to make a T-shirt. He’s really The Punisher now.

Matt and Foggy are reunited for a few brief moments after Detective Mahoney is roughed up and his family threatened by The Hand to provide classified files about Daredevil, more specifically the people he’s saved. On a bus, Karen, and a bunch of other people Daredevil helped, are zip-tied and taken hostage.

Both Elektra and Matt know that the hostages are a trap, but they go anyways because Matt is always interested in the well-being of others…to a fault. Elektra argues to sacrifice the hostages to end Nobu and Matt is somehow alarmed that this is her solution even though this is who she’s always been. He goes after the hostages and he and Karen share a moment and we’re reminded once more that she doesn’t know the real Matt. She lets the police know what’s going on. 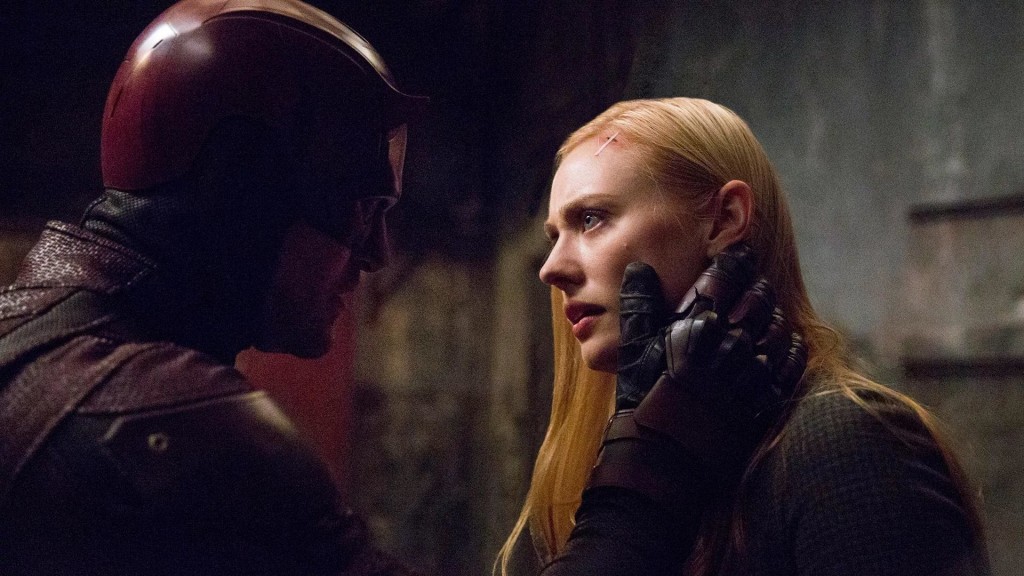 The episode itself gets lost. Matt’s relationships have been more front and center than the premiere season but as he battles his feelings for two women it just feels annoying. So he is into Elektra? Was Karen a fluke? Who even is Matt Murdock anymore? The buildup to the battle with The Hand should feel exciting and important, but since we’ve only known about them for a few episodes it certainly doesn’t carry the gravitas of a showdown with Wilson Fisk. This moment I believe was just a setup to allow viewers to connect with the next.

During the fight a sword plunges into Elektra and she slowly dies in Matt’s arms. Perhaps I was supposed to be so supportive of this volatile relationship or upset that it happened but I was more or less relieved. Don’t get me wrong, Élodie Yung is fantastic as Elektra and the character is great but I can’t do one more “Will they or won’t they?” moment with these two. I miss the old Matt, and I don’t think the season’s later scenes with Elektra or The Hand really grabbed me and held on like season one did.

Nobu comes back to life, like we knew he could, and Stick puts an end to his continuous resurrections by taking off his head. It proves to be effective.

Along with Stick, Matt grieves over Elektra’s death. Foggy and Karen find themselves at the bar and have to deal with their loss of Matt. Foggy even closes their tab, which is actually the final nail. When a bar tab closes, a friendship ends. I’ve always said that. Frank burns down his family home, but not before taking a CD titled, “MICRO.” Matt tells Karen that he’s Daredevil and don’t long too much for Elektra, because it looks like she’ll be back soon enough. 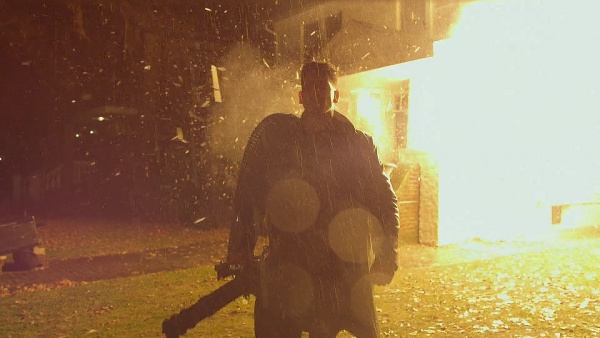