So Elektra shows up at the end of the last episode and now at the beginning of “Kinbaku” we dive into ten years ago where their story starts.

Matt met Elektra Natchios at a fancy party a decade ago and the spark was instantaneous. Back in those days Matt was less of a do-gooder and more of a daredevil (Ha. Ha.) and Elektra was too. The two of them play this back and forth game of who is more perceptive and the two of them speed off into the horizon in a stolen vehicle. A real modern romance, y’all. 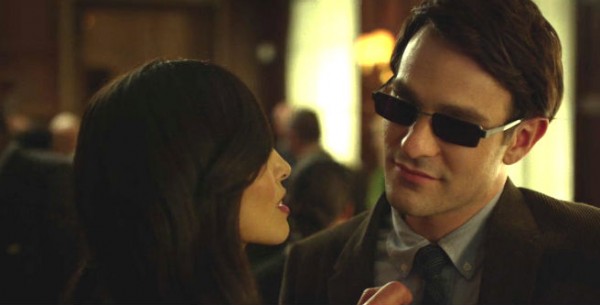 The two visit the boxing ring and Matt reminisces about his father’s death and she seems unfazed. In fact she straight up tells him she doesn’t feel sorry for him and then proceeds to try and kick his a**. For some reason he fights back and it’s the weirdest form of flirting and one I thoroughly don’t recommend. It’s a volatile relationship that I have a hard time seeing current Matt being okay with.

Meanwhile, his current love interest Karen is still entwined with the past of Frank Castle and why he’s being hidden from public knowledge. Between her obsession and Elektra’s return to Matt’s life it doesn’t seem like their date will be all that swell, but now I’m rooting for the pair that I was once so against. It’s blatantly obvious that the innocence of Matt in Karen is the opposite end of the spectrum of what Elektra and Matt once shared. 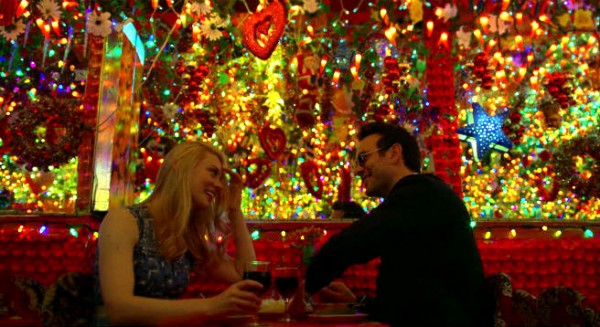 In the present day Elektra is back for help with her father’s company, but it’s obvious that Matt wants nothing to do with her. Once again, she tries to force his hand and betrays him all over again. As he takes a trip to her place it all comes crashing down and she dangles his own Daredevil suit in front of him before they are both ascended upon by the Yakuza. 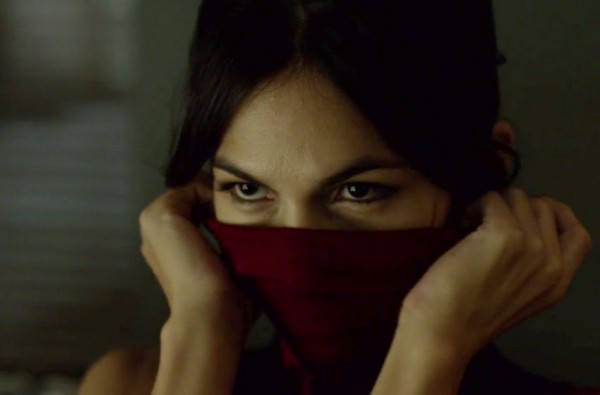