The first scene of “Man in the Box” is pretty chilling even for Daredevil standards. The camera follows Detective Mahoney through the dark basement as his flashlight casts an eerie light on the emaciated children as they sit in small iron cells with tubes leading blood away from their bodies. Mahoney brings the kids to Claire under Matt’s advice where they discover they are also void of all fingerprints. They’ve been burnt off.

Just as Matt’s trying to explain to Claire that it will all be all right a voice drones over the PA system announcing that Frank Castle is on the loose.

DA Reyes gets the group together in order to gather info on Frank because she’s concerned for the safety of her family. It’s nice to see the trio come together again over one common enemy and the scene makes me miss the banter of earlier episodes. 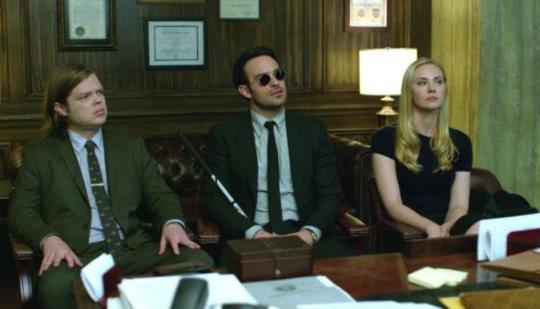 Then it all comes out about The Blacksmith, the man Frank is chasing for the murder of his family. The Blacksmith brought the three gangs (the Irish, the Cartel and the Dogs of Hell) to the park to discuss the drug business. Reyes had planted an undercover cop, the John Doe, so she knew it was happening…and then she didn’t clear the park. The weak Reyes tried to cover it up and then put Frank in jail. It’s a jarring confession and a completely infuriating one.

Shots are fired and the room is completely riddled with bullets. Reyes lies dead on her desk. Foggy is injured and once again Matt walks away with an icy cold demeanor.

Matt puts it together that Fisk and Frank crossed one another’s paths. They have a heated exchange in the prison and it’s very clear that Fisk hasn’t stopped being a legendary kingpin since being behind bars. The guard leaves the room and Matt begins to threaten Fisk with justice which seems like a terrible idea, and it is. Fisk breaks free from his cuffs and slams Matt’s head into the table over and over again and threatens Matt and those he cares about in a much more violent way. In season one Matt may have one the battle, but it’s very clear that this will be war. 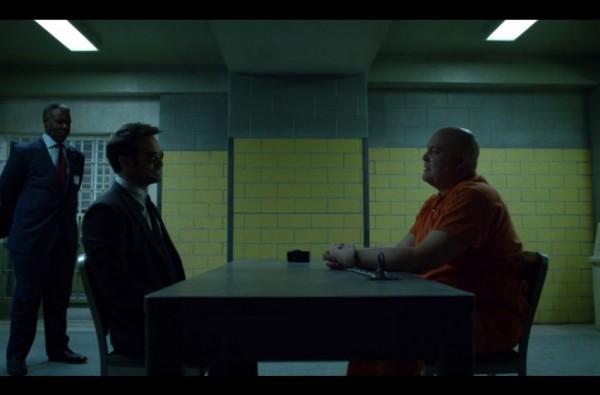 The only person Matt will talk to like a normal human is Claire. She gets Matt to admit his most recent flaws. “You’re not the only one that gives a s**t about what’s happening in Hell’s Kitchen.” She breaks him down. He admits that he’s given up on the law because it’s let everything he fought for slip through his fingers and he’s given up on people and putting them in danger.

It turns out the attack on Reyes wasn’t Frank, as Karen is attacked in her apartment and is saved by The Punisher himself. It’s really a highlight of the series to see these two interact.

As the episode creeps towards a close, we see that the children are awake and terrifying as all Hell and ninjas are scaling the side of the hospital as Matt looks on. 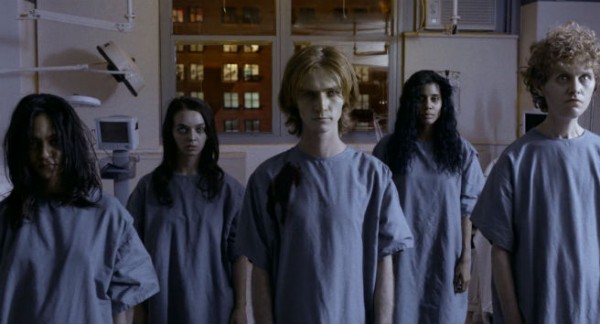