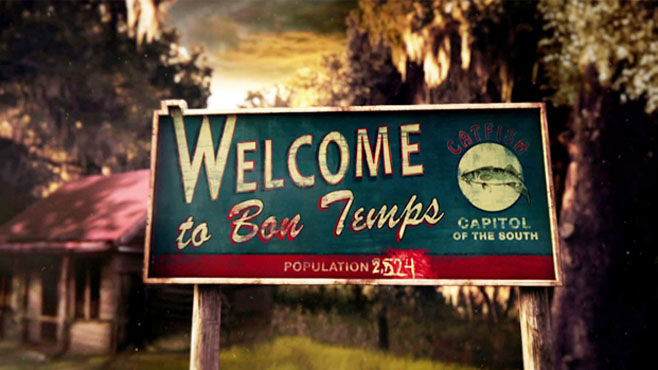 True Blood is about to enter its seventh and final season this summer, so I’ve decided to take the plunge into binge-watching every single episode of the series. So let’s grab a comfy chair, plenty of snacks, and turn down the lights for some finger-licking southern fried vamps.

Season one: the season of who done it? Vampires have finally come out of the coffin and made themselves known to us lower beings, thanks to a Japanese created synthetic blood that can sustain them . Of course, eating people is just so much more fun than drinking some fake blood out of a bottle. “Tru Blood, it keeps you alive but it will bore you to death.”

The opening scene might be one of my all-time favorite series openers, ever. A slight inebriated couple pull into a gas station after seeing a sign, claiming to carry Tru Blood. When they go in, the clerk tries to scare them by pretending to be the undead, and then they have a laugh about it. Until the redneck standing behind them, clutching a pack of Tru Blood, scares them off by saying “I’ll f*ck you, and then I’ll eat you.”

So two girls are murdered at the beginning of the season and they both have two things in common: they’ve both slept with Jason Stackhouse right before they were murdered, and they both have slept with vampires. (Also known as fang bangers.) It took until Sookie’s Gran was murdered for the police to finally piece it together: this wasn’t Jason or vampires, this was an extremist vampire hater.

Right before she was murdered, Gran asked Bill to come and speak about the Civil War, which he fought in, and that caused a bit of a disturbance in this small town that’s already had two murders within a week. When they murdered Gran, it was the heart of the show being brutally murdered and found in its own bloody pool of sadness.

The scene where Sookie eats the rest of Gran’s leftover pie, while sobbing, is a scene that will always stick with me.

Jason basically sleeps with a girl in every single episode. Once it’s obvious to everyone that he is not the murderer, gets hooked on V (vampire blood). His first experience should have made him realize that V was not for him, after he couldn’t get rid of his erection for several hours and had to have his penis drained from all of the blood. Twice. I don’t have a penis, but that scene hurt me too. 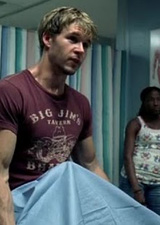 He eventually meets some crazy hippie V addict chick (Amy), and they follow Lafayette to his V supplier, Eddie. Amy totally crosses the line when she makes Jason help her kidnap Eddie and take him back to their basement for a never-ending supply of V.

Let’s talk about the craziest sex scene this season. Bill goes off with these mean vampires that have started harassing the good people at Merlotte’s, when a few hillbillies decide to burn the place that they’re living in down. Sookie tries to get ahold of Bill, but finds out the next day that the house was burned to the ground, along with four bodies. (Three mean vamps, and Bill…right?)

When she goes to his official grave from the 1900’s, she places a bouquet of flowers on it in mourning. Until something comes out of the ground and grabs her! Bill is completely naked, covered in dirt, and they just get nasty right there in the graveyard. Kind of disturbing, kind of sexy, definitely unexpected. I really like how she’s always wearing these bright colored, cutesy dresses and then gets down and dirty.

Eric and Pam run Fangtasia and “ask” to have Sookie brought to use her special telepathy powers to find out who has been stealing money from them. When she’s questioning Ginger, she realizes that part of the woman’s memory has been erased and the bartending vampire lunges at her. This is our first vampire slaying, and boy! It ain’t nothing like Buffy: puff of dust, over. No, True Blood vampires turn into a heaping pile of blood and melted body parts. 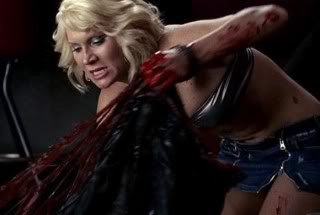 Except now Bill’s on trial for killing another vampire.

Right before he leaves to face the council, Bill asks Sam to look after Sookie. When she arrives home that evening, the dog that keeps showing up around Merlotte’s follows her home and spends the night. Except Sookie wakes up in the middle of the night to find Sam asleep at the foot of her bed, where “Dean” the dog had been previously.

Here comes one of my favorite lines from the entire series. As Sam tells Sookie that he’s a shapeshifter, she doesn’t scream or freak out. She just tells him to “shut the f*ck up.” He explains to her that shapeshifting is genetic, and gets angry when she compares him to a werewolf. Apparently werewolves are assholes.

Lafayette was one of my favorite parts of this season. His infamous AIDS burger scene remains one of the very best moments in True Blood history, and his popularity did not go unnoticed. I haven’t read the book series, but I know that the show doesn’t even closely reflect the books. However, Lafayette was supposed to die at the end of the first season, it sets up for the reveal in season two, but they kept his character due to the fact that everyone loved him. 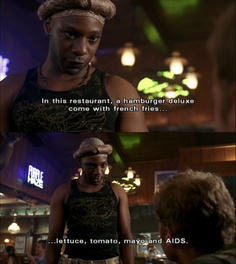 Oh, hey, remember when Tara’s mom thought that her alcoholism was a demon inside of her? That gave us some heartbreaking scenes, especially for me, personally, growing up with an alcoholic parent. After she received the exorcism, her mother was doing fantastic! Even made Tara breakfast. Except the voodoo lady told Tara that she too has a demon inside of her.

The crazy thing is, Tara decides to shell out the $795.95 to have herself an exorcism in hopes that she’ll feel better about herself as well, thanks to Sam’s donation. She drinks some stuff, gets spit rubbed all over her face, and eventually vomits like it’s pea soup.

Then something freaky happens. She sees herself, as a child, coming out of the woods with black eyes. She stabs the hallucination where it disappears and she just breaks down on the ground. That morning, she comes to her mom and tells her that she’s all better and they go 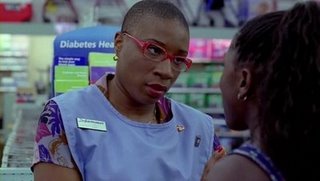 out for a celebratory dinner. Tara stops by the drug store and runs into the voodoo lady, working in the pharmacy! Upset, Tara confronts her about the poison that Jeanette (voodoo woman) had her take (which was harmless-ish) and how it would ruin her mother if she’d ever found out.

Tara turns up at Arlene and Rene’s engagement party (oh yeah, they’re engaged) angry drunk in her prom dress. She manages to piss of Sookie and Sam, and runs away crying. She stupidly gets into her car, chugging a bottle of vodka before swerving to avoid a naked woman and a big pig in the middle of the road. She crashes her car into a tree.

Her mother comes to see Tara in jail but tells her that she isn’t there to bail her out and that Tara isn’t allowed to come home. Tara is finally bailed out by a mysterious woman who helps people with alcohol problems, who is more than generous.

Meanwhile, in front of the council, Bill pleads his case to the higher ups, who decide to do something a bit more creative than the usual lock-him-in-a-coffin-for-five-years punishment. They drag out some weeping, wholesome Christian girl for him to turn into a vampire, because Bill has never turned anyone. Bill tries to glamour Jessica (the scared girl) to calm her down, but is told that he must turn her the old fashion way. He does so in a very disturbing scene. 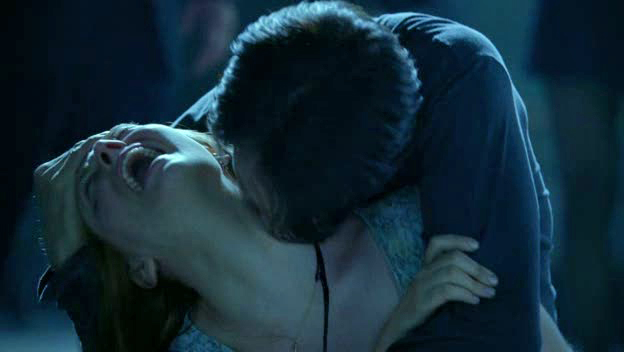 Jessica is totally freaking annoying. Bill tries to explain to her that she can never go home and that she is a vampire, and all she can do for a while is say, “Why? Why?” She’s totally excited about not having to be in band, not having rules, and being able to cuss and sit with her legs wide open in a skirt. She just wants to kill people! And Bill is so mean because he won’t just let her kill people!

Sookie goes into Merlotte’s alone to grab some ice when all of the lights go out and she’s attacked by the murderer. She begins to see images telepathically of the other women being killed and runs into Sam as she escapes.

She and Sam do some digging and find out that the girl in one of her telepathic images was murder a few towns away and that there were rumors of her fang banging. Her brother, Drew, disappeared shortly after her death and no one knows where.

Sookie and Sam become class one evening and Bill shows up, in a jealous rage. Sookie resends Bill’s invitation to her house and he storms off into the night.