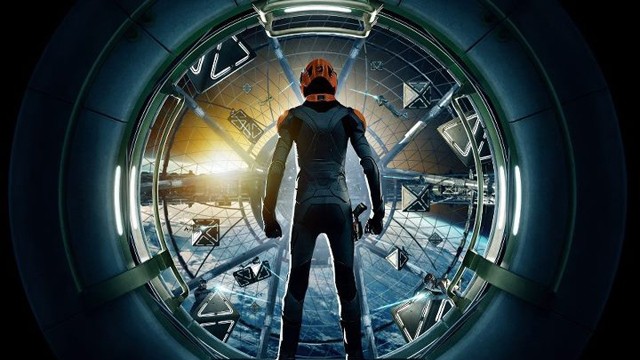 Orson Scott Card’s philosophical sci-fi thriller, Ender’s Game, is one of the most riveting, exciting, thought-provoking, powerful books I’ve ever read. Tears flowed as the ending came, revealing that this story wasn’t just about fighting aliens and saving the world, but about love, communication, and understanding. I’ve ranked it up there with Ray Bradbury’s Something Wicked This Way Comes, another novel which you should pick up some time. It is genius, so much so that it is about to be released as a feature-length film on the First of November. Will it be any good? Here are some things to look for, without which I personally feel the movie will suffer greatly. 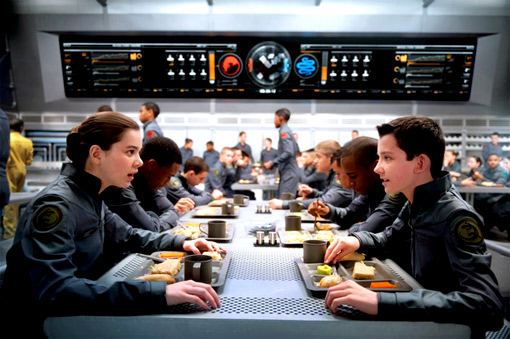 1) FOCUS ON CHARACTER PSYCHOLOGY (VERY MINOR SPOILERS): One of the great things about Ender’s Game is that most of the characters are children. Ender, the protagonist (duh), is six to ten years old for the majority of the book. His comrades are always about the same age as him. I understand that in the film he’s around twelve, which I’m okay with so long as they don’t try to make him into a brooding, expressionless hero with no variation in emotion. This appears to have become more common in cinema, even art in general. Ender may have been cold at times, heartless even, but this was offset by his strong interest in the world around him and the people within it, which was a result of him being, deep down, a genuinely good guy with a big heart. He was basically a lover who just so happened to be a perfect killer.

The characters are kids, smart ones, but still kids. They think and feel like children, responding quickly and creatively to situations, sometimes irrationally, sometimes logically, but always in a way that the reader can buy as, “Yeah, a kid would do that.”

As for Colonel Graff and the few adult characters in the story, their thought processes are things to be revealed through actions and brief words. Graff himself is one of the most well developed characters out of everyone, whom, if he is portrayed well, you will love and hate by the tale’s end. 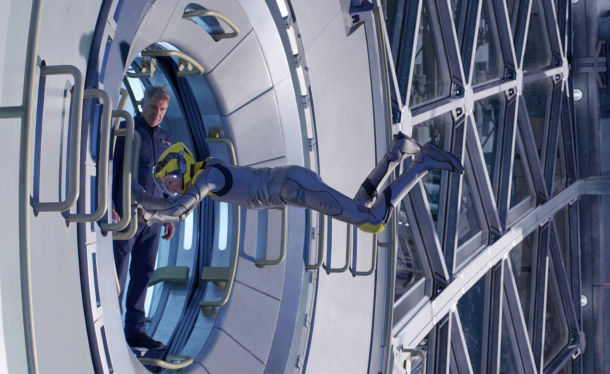 2)      ATTENTION TO DETAIL SCIENTIFICALLY: In Ender’s Game, you know how everything works. From the weapons, to the soldiers’ suits, to the zero gravity combat, even the Battle School’s artificial gravity, you know exactly how everything is designed, how it all interconnects, and what it’s capable of in a detailed, scientifically accurate way. Orson Scott Card’s two most valuable assets are his humanity and his research. Hopefully, this will be present in the film.

[MINOR SECTION] Anyone who has read Card’s books knows just how important Ender’s siblings, Peter and Valentine, are. I say books because they significantly affect not only the story of Ender’s Game, but the Ender series as a whole. Peter and Valentine play a key role in not only the fate of our hero, but in the fate of the entire planet politically as well. They are geniuses, and their intelligence is explored greatly in the novels as they discuss issues most of us aren’t ballsy enough to bring up.

[MAJOR SECTION] In Ender’s Game, they create a massive impact via the internet under the aliases “Demosthenes and Locke,” something that, if cut out, could seriously weaken the movie overall. To be honest, other than the ending, it might be my favorite part. 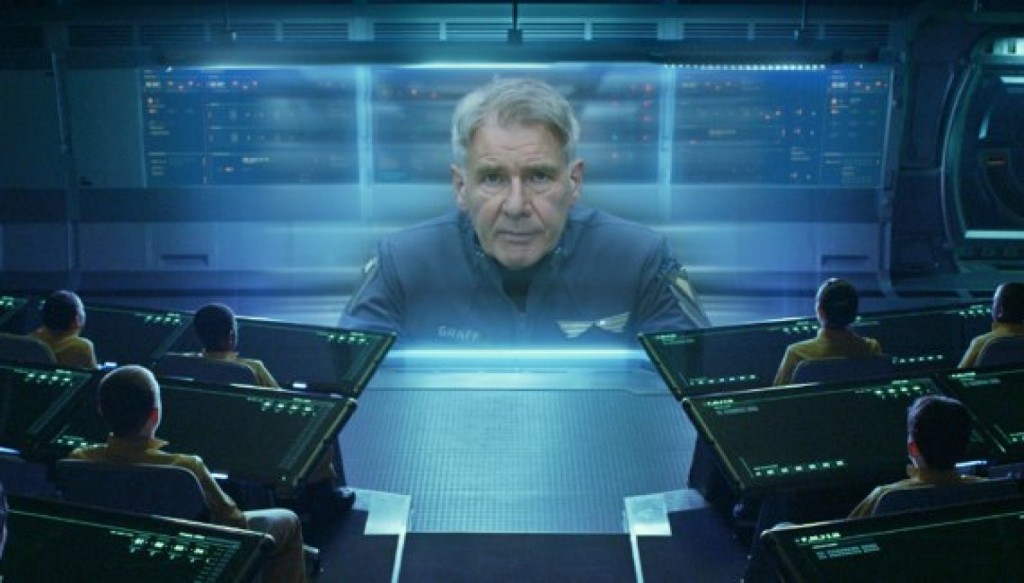 4)      SPEAKER FOR THE DEAD (MAJOR ENDING SPOILERS): Ender’s Game’s finale features two intensely emotional plot twists. The first is the revelation that Ender has in fact killed the alien species supposedly threatening Earth. Though I saw it coming, most readers I know didn’t and were utterly shocked by what Ender had unwittingly done. The second involves an egg, a book, and a grass roots movement unlike any other. I cried when I learned that the Formics only wanted to communicate as they were eradicated, and, as I dried my eyes, was once again choked up by Ender’s willingness to give them a second chance. The birth of the Speakers is something I could try to describe with words, but would rather not. It’s not just beautiful, there’s something about it that—again, I won’t attempt to word it. It’s something that has to be experienced as a reader, or, in the film’s case, a viewer. I really hope that, even if they get everything else on this list wrong, this part, at least, is done justice. 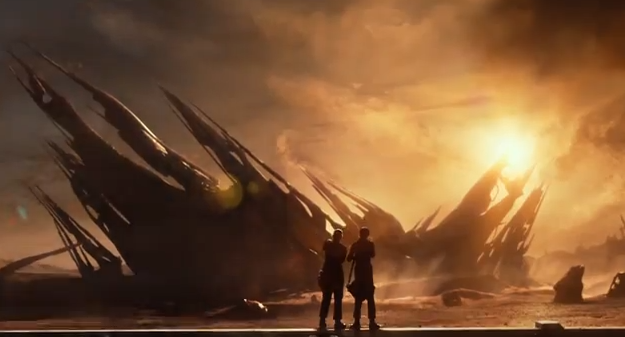 This book is really valuable to me. It’s not just some action-packed science fiction story, although there is much action to be found in it. It’s not Flash Gordon meets The Hunger Games. It’s not a children’s book (even though anyone of any age can relate to Ender). It’s a novel about understanding. I know I said that before, but I can’t stress it enough. This is a character study, an analysis of humanity, and a window into what is possible when people look past what’s wrong with someone to find out what’s right. Please, Gavin Hood, don’t make X-Men Origins: Wolverine again. I’m counting on you.

The enemy’s gate is down. Don’t screw this up. 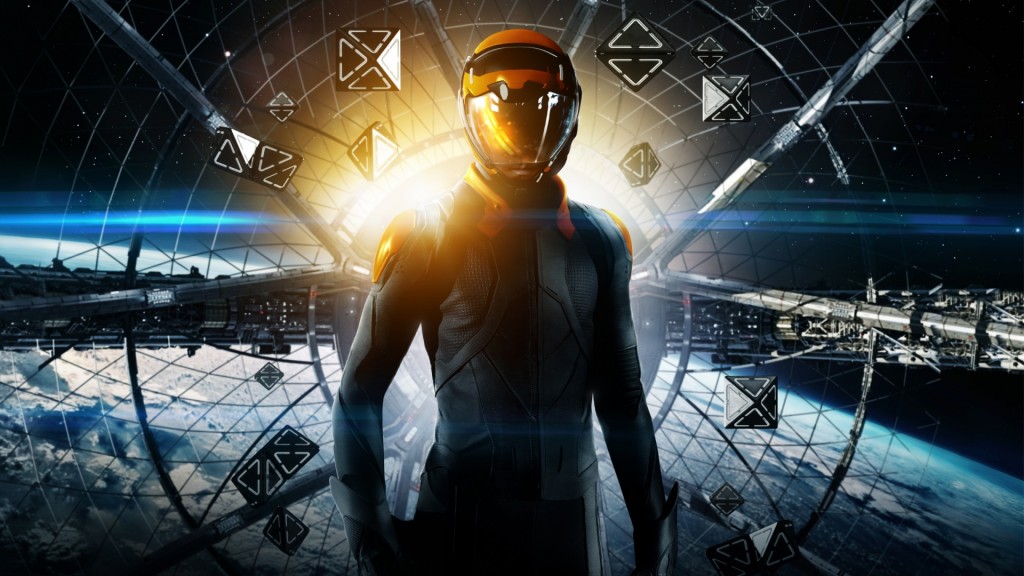