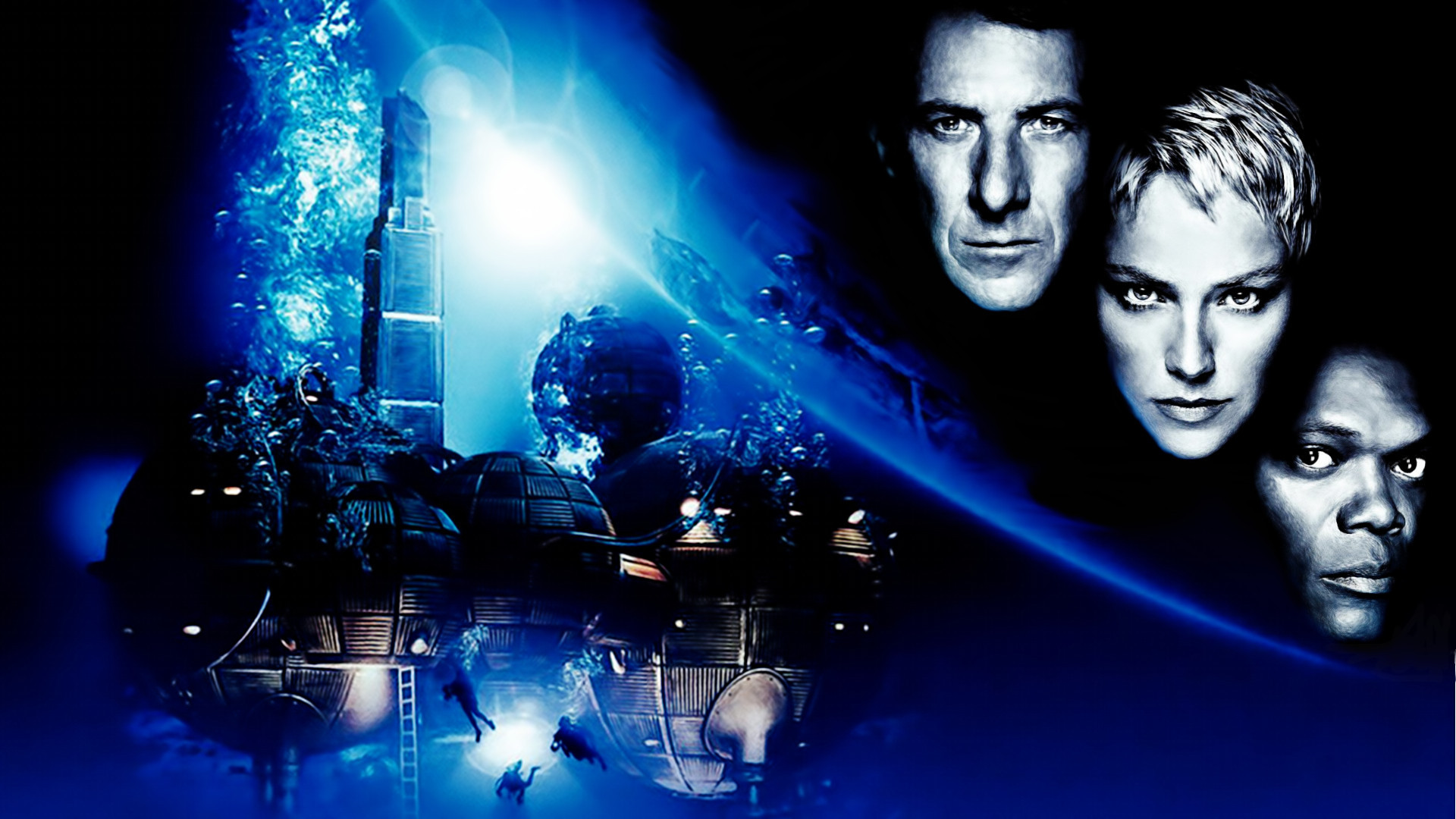 There are some actors who you could dress up in paper bags, turn off all the lights, record them singing and dancing to the RENT soundtrack with absolutely no actual dialogue, entitle this fourteen-hour, or however long, makeshift film something condescending like Love or Enlightenment, and I would sit through all fourteen or so hours patiently and say, after it ended, “Wow, what a masterpiece. What a phenomenal film. This should win an Oscar.”

Samuel L. Jackson is one of these actors. That is why I sat through Sphere patiently. That being said, I cannot say that it was anywhere near a masterpiece. I have never in my life seen a movie with Sam Jackson (yeah, I call him that because I’m on that level) that I didn’t like, but I can’t lie to you guys. It sucked balls.

Let me begin my laundry list of gripes by saying it was incredibly, inexplicably, inexorably boring as hell. I fell asleep twice, and I don’t even know why. Although this film had Sam Jackson, Dustin Hoffman, Sharon Stone, Liev Schreiber and Queen Latifah, I’m sure even Leonardo DiCaprio couldn’t have saved it from drowning.

Hoffman plays Norman Goodman (haha, play on words), a psychologist who writes a fictitious book that is taken seriously by the government. This “manual” details procedures and assimilated scenarios for what actions need to be taken in the event that aliens arrive. It calls for a team to be assembled with Goodman: a mathematician named Harry Adams (Sam Jackson), a marine biologist named Beth Halperin (Sharon Stone), and Ted Fielding (Liev Schreiber), an astrophysicist. When the Navy discovers what Capt. Harold Barnes (Peter Coyote) believes to be an alien spaceship, this unlikely team is brought together to the depths of the Pacific to investigate. 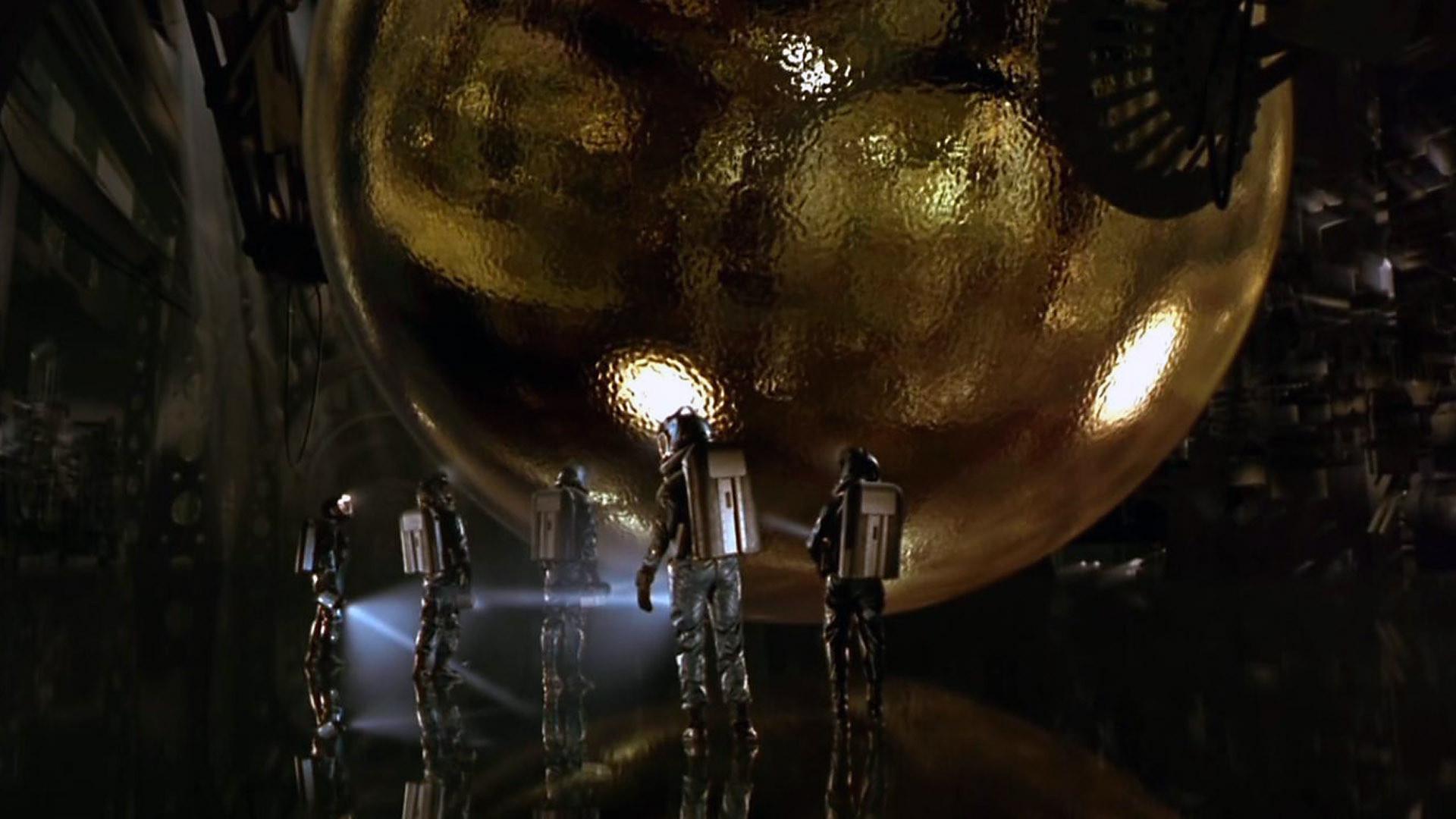 The crew ends up doing much more than investigating as they discover that the ship isn’t alien at all, but from Earth, from America to be exact. A large, golden sphere is discovered inside and a bunch of mishaps and tomfoolery ensue. There’s a point where the crew actually comes into contact with the alien (they call him “Jerry”) by transcribing a code and chatting with him through the computer. Gee wow, could I be an alien?

Apart from that being completely stupid, there was also the lack of plot. What’s worse is that the lack of plot forced the actors to kind of stumble though the film in order to find remnants of a storyline and keep it going until the end. How do you mess up a movie with that many good actors in it? It’s like when someone gives you all the ingredients to make spaghetti, and you decide to just eat cereal instead.

Overall, this film is not worth the time to watch. It didn’t keep my attention even during its most interesting parts. Oh, and you know what? It’s actually like a bad version of AVP. I was wondering what this movie reminded me of!