Tomorrow, a very promising adventure led by the one and only Johnny Depp will be released: Transcendence, a new sci-fi thriller from the mind of Wally Pfister (this being his directing debut). 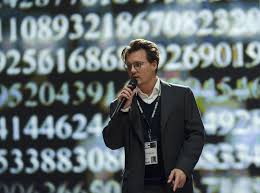 The film follows a group of scientists who are trying to create the first self-aware supercomputer. The mastermind behind this project is Depp’s character, Doctor Will Caster, a cutting edge researcher whose goal is to create a machine that is able to think and feel the way we humans do every minute of every day. Trouble arrives in the form of an extremist group known as RIFT (Revolutionary Independence From Technology), which seeks to end humanity’s overreliance on technology that has developed over the past few decades. Their primary targets are, naturally, Doctor Caster’s project as well as the man himself.

After being shot during one of RIFT’s attacks, the protagonist becomes the guinea pig of his own experiment. His brain is implanted with computer software that transforms him into an artificial intelligence with retained human emotions. Helping him through this transition is Will’s wife, Evelyn (Rebecca Hall), and his best friend, Max (Paul Bettany). They soon find themselves involved in something far greater than anything they expected, especially when Will’s thirst for knowledge evolves into an unstoppable, unlimited craving for absolute power. 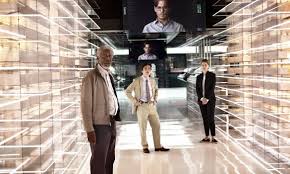 The premise is awesome, built on a wise mix between action and tension, improved further by drama and moral issues. In fact, the main theme of the movie has been a debatable topic for quite some time.

The word “transcendence,” excluding all religious and philosophical implications, is used in everyday language to mean “going beyond,” with “self-transcendence” meaning “going beyond a prior form or state of oneself.”

In this movie, the concept of transcendence is bonded to the artificial intelligence, understood as the next step in human evolution. The main idea is that man did not create the technology around him in order to simplify his life, rather it was a natural evolutionary consequence.

With these intense and profound themes, Transcendence will likely be a good experience not only to watch with our eyes but also to analyse and understand with our minds, finally forced by technology to be turned on. 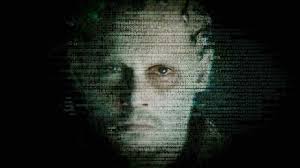