Recently there have been a few key color-blind casting choices in superhero films. This shift toward an openness for non-traditional casting probably occurred when Marvel cast Samuel L. Jackson as Nick Fury. He’s now played that traditionally white character with his own signature swagger in four films (plus cameos in two and an Agents of S.H.I.E.L.D. appearance). The imposing guardian Heimdall has now been played by the equally impressive Idris Elba in Thor and Thor: The Dark World. The original Norse myths say Heimdall had gold eyes and white skin, but the director found an actor who could express the power of Heimdall more important than matching the Norse skin tone. The chatter about Superman himself in last year’s Man of Steel may have crushed everything else, but remember it was Laurence Fishburne who played Kent’s grouchy, traditionally Caucasian editor Perry White. And while we will get to see Jamie Foxx’s rendition of Electro in The Amazing Spider-Man 2 way before Michael B. Jordan’s version of Johnny Storm, it seems the latter has generated just as much, if not more, buzz. 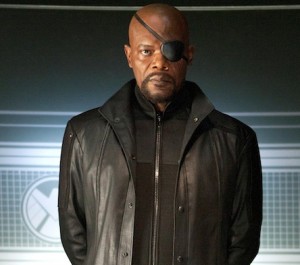 The casting of Foxx and the other men listed is important, but I think that Jordan’s casting is significant in a couple ways. While all of these casting decisions turned traditionally Caucasian characters into those of African ancestry (or at least appearance-wise, in the case of Asgard), the first four actors are all established names. It makes perfect sense to cast someone like Elba or Fishburne in solid roles because they have proven themselves great actors and have name recognition. This is less so the case with Jordan, although his recent work has apparently earned him enough recognition to make this casting viable.

Secondly, the first four characters are not protagonists. As important as Nick Fury is, as powerful as Heimdall is, and as loud as White may be, these three are all supporting roles. Fury’s character is the greatest of the three, but he’s still not a superhero per se. At least Electro is a supervillain, which is definitely a step up from a non-superpowered character. If Foxx plays this role to the fullest of its potential, it will be quite the event. But he still isn’t Johnny Storm. Perhaps Johnny isn’t leading man material the way Tony Stark is, but he is still a protagonist. He will be one of the characters on which the new Fantastic Four film must focus to be doing it’s job right. 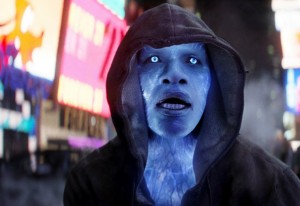 Racial diversity in films is something that is hard to find fault with, but when it involves changing the race of a character it’s more difficult to swallow. When the film reality of an already loved character does not match with expectations, fans can get upset. We have all probably been in that position for some reason or another, but when it comes to the race of a character it seems more complicated. Is someone’s ethnic background so much a part of who he or she is that changing that changes the character? Obviously, I can’t comprehensively answer that; I think it depends on the specifics. There are, however, probably three general categories into which characters fit.

There are some characters like Johnny Storm, Kitty Pryde, Stephanie Brown, or even Zatanna, for whom I think a change in racial background would be perfectly acceptable. Changing these characters’ appearance and ancestry may slightly influence how they are treated by those around them, but I don’t see any reason why an African American Johnny Storm or a hypothetically Asian Kitty Pryde is worth getting worked up over. 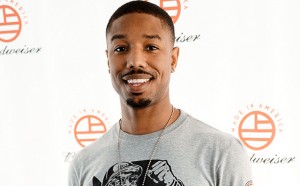 Michael B. Jordan, the new face of the Human Torch.

Then there are those characters who, due mainly to circumstances, would be harder to cast non-traditionally. Captain America and Superman are two that come to mind. There was talk at one point of casting a non-white Captain America, but obviously it never came to pass. In my opinion, there is nothing intrinsic in either of these characters that dictates that they should look white. But casting them in an non-traditional sense would probably involve altering their backstories entirely. Steve Rogers is from 1940s America, and the odds that the main Super Solider experiment in that era would be on a non-white soldier are low. There’s no real explanation for why Kal-El looks Caucasian (other than his original writers wanted it that way), but changing him would alter all Kryptonians and might influence how his childhood was. Frankly, I would find both hypothetical scenarios for Steve and Kal-El fascinating, but I can see why Hollywood has not been jumping to make those films.

There are also those characters for whom non-traditional casting is problematic because their cause or identity is specifically tied up in their ethnic background. The two I thought of immediately were Ororo Munroe (Storm) and Erik Lehnsherr (Magneto), both from X-Men. Ororo’s mother is a Kenyan princess, and the fact that she is occasionally worshiped as a goddess and/or honored as an African leader is intrinsic to her place in the Marvel world. Her goals as a hero, her character-expressing costume design, and her regal bearing, are all linked to her family background. Changing her race would completely alter her origin story. This is perhaps even more so the case with Erik Lehnsherr, whose anger at the majority of the world stems from the murder of his parents and the genocide of his people. His traditionally Jewish ancestry leads directly to the manifestation of his abilities, and later influences his immovably strong stance on Mutant rights. Magneto wouldn’t be who he is if he were not specifically his parents’ child.

So keeping that in mind, and looking forward to at least a few more superhero films on the horizon, what might we hope for?

I like to think that this is an area in which superhero films (or TV shows) can lead the way. Perhaps this is because the capes and tights genre is one that is fraught with themes of appearance. While years of comics may make it difficult to change the ethnicity of a character as he/she transitions to the big screen, I think that the current popularity of superhero films offers  great opportunities. The superhero genre is one in which we explore stories about not fitting in, about being the underdog, and about struggling against a society that is afraid of what it does not understand. Great superhero characters are more than just their powers and their masks: they are human beings with whom the audience can empathize and with whom they can triumph. It’s about time everyone really saw reflections of themselves up on that big screen.