The Star Trek Starships Collection offers a wide variety of different replicas of some of our favorite vessels from the beloved franchise. Today, we’re going take a look at one of them, the Klingon Bird-of-Prey. 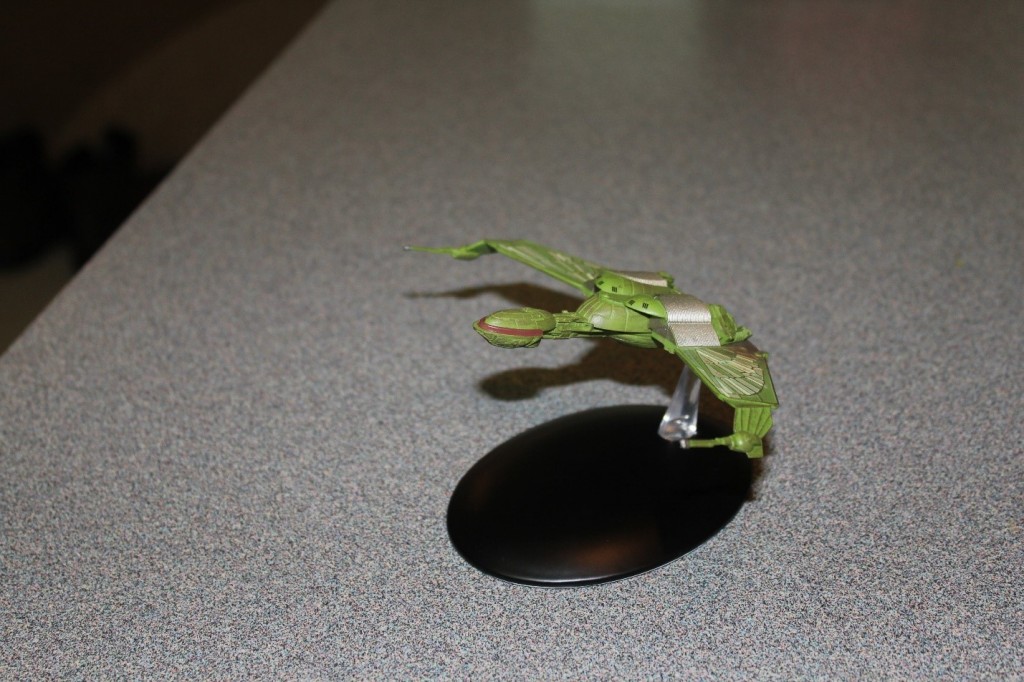 Klingon vessels are among the fiercest and most notorious ships in the galaxy, the Bird-of-Prey being one of their deadliest. Unlike those of the Federation, which are designed primarily for science and exploration, Klingon ships are built purely for combat, warfare, etc. Their interior spaces are dimly lit, utilitarian and unaccommodating, save for the provision of heated rooms (Klingons aren’t big fans of the cold).

One fan of the original Star Trek movies, when shown this model, was reminded of an instance in Star Trek VI: The Undiscovered Country wherein a Bird-of-Prey is sitting underneath the Enterprise, cloaked. It attacks the Klingon Chancellor’s ship, framing the Federation and causing a scathing diplomatic incident. Firing while cloaked is not a normal capability of the Bird-of-Prey, and so it is believed impossible, at first, that it could’ve been anything other than the Enterprise. Soon afterward, however, Spock and a Vulcan protégé of his have a dialogue about an old Sherlock Holmes maxim. “When one has eliminated the impossible, whatever remains, no matter how improbable, must be the truth.” 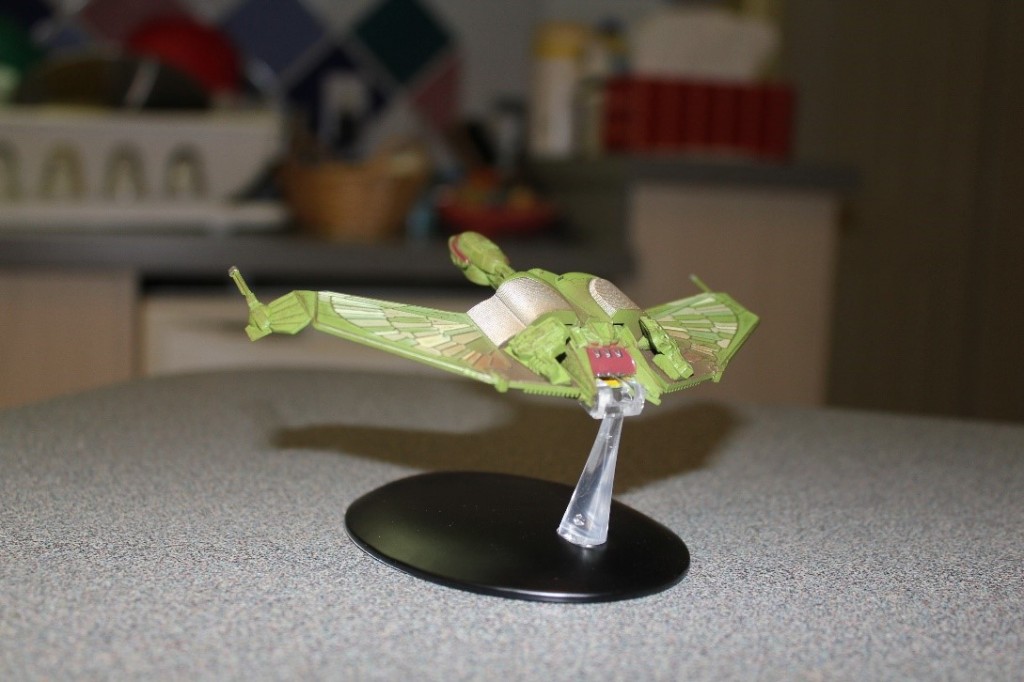 And now, as always, the model itself. It’s a highly detailed, die cast replica of the vessel, good enough to use as a prop in a fan film. Slap it on a green screen, throw on some wires and you’ll be good to go! It can be held easily and comfortably in the hand, but it feels real, like a quality piece—not a toy. It comes with a stand on which it can sit proudly and is able be displayed anywhere due to its convenient size! Overall, it’s a great work of art!

Maybe you’d like to get one for yourself, or perhaps a different ship? Check out the Star Trek Starships Collection right here and see which one interests you the most! 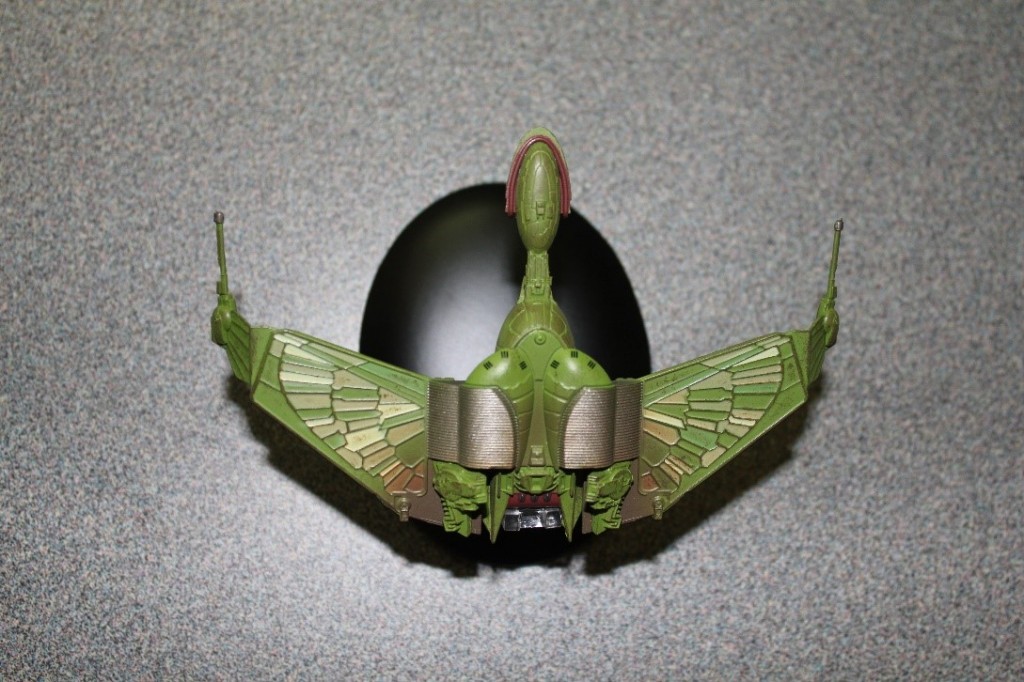 That’s all for now. Until next time, this is D. Alexander signing off!

If you enjoyed Dylan’s piece, you can find the rest of his work right HERE on Sci-Fi Bloggers. You can also follow him on Twitter @Architect_9.