The Star Trek Starships Collection offers a wide variety of different replicas of some of our favorite vessels from the beloved franchise. Today, we’re going take a look at one of them, the Enterprise (NX-01) from the eponymous final Star Trek series. 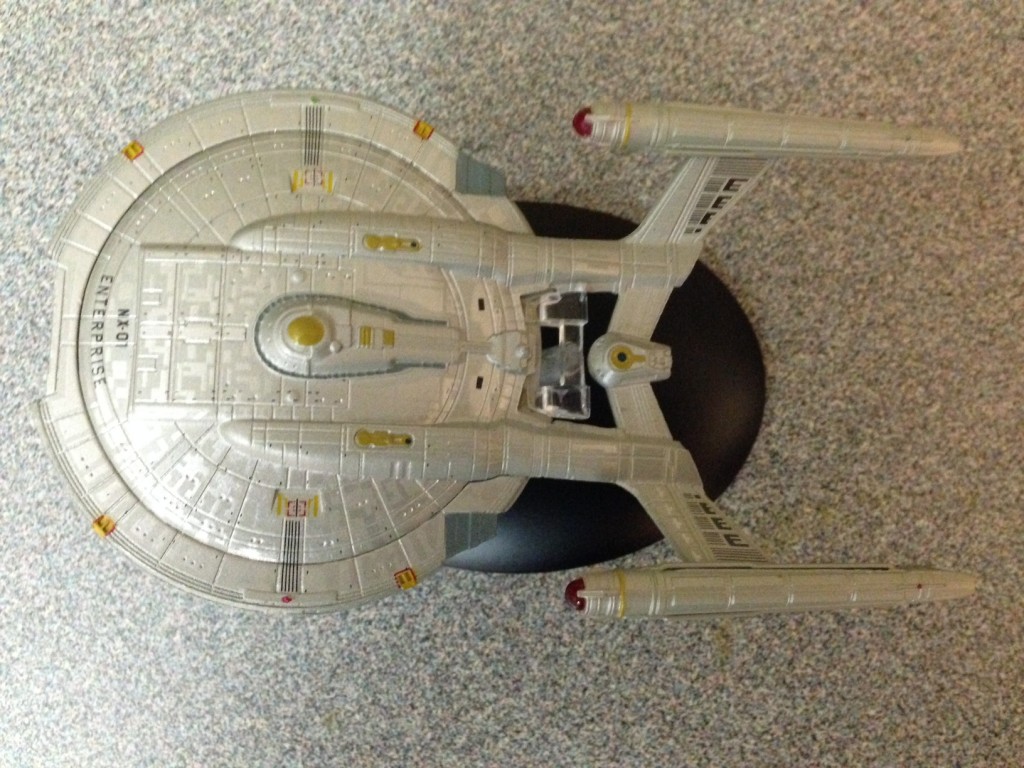 This here is the first starship in the Star Trek universe to bear the name Enterprise, its successors of course being the one seen in The Original Series and the D from The Next Generation, among many others. It was commanded by Captain Jonathan Archer, who incidentally was referred to in J.J. Abrams’ Star Trek reboot as “Admiral Archer” by Scotty when he confessed to testing his transwarp formula on the admiral’s prize beagle. Guess he did well in the future, albeit an alternate version of it, but I digress. The captain’s quarters on this ship were disturbingly small, even more than Kirk’s. It did not have shields, rather polarized hull plating, and its universal translator was sorely lacking, often necessitating human translation through the use of what most Trek fans might consider “primitive” technology in its place. As a matter of positive note, it hosted Starfleet’s first Vulcan science officer, T’Pol. Hooray! 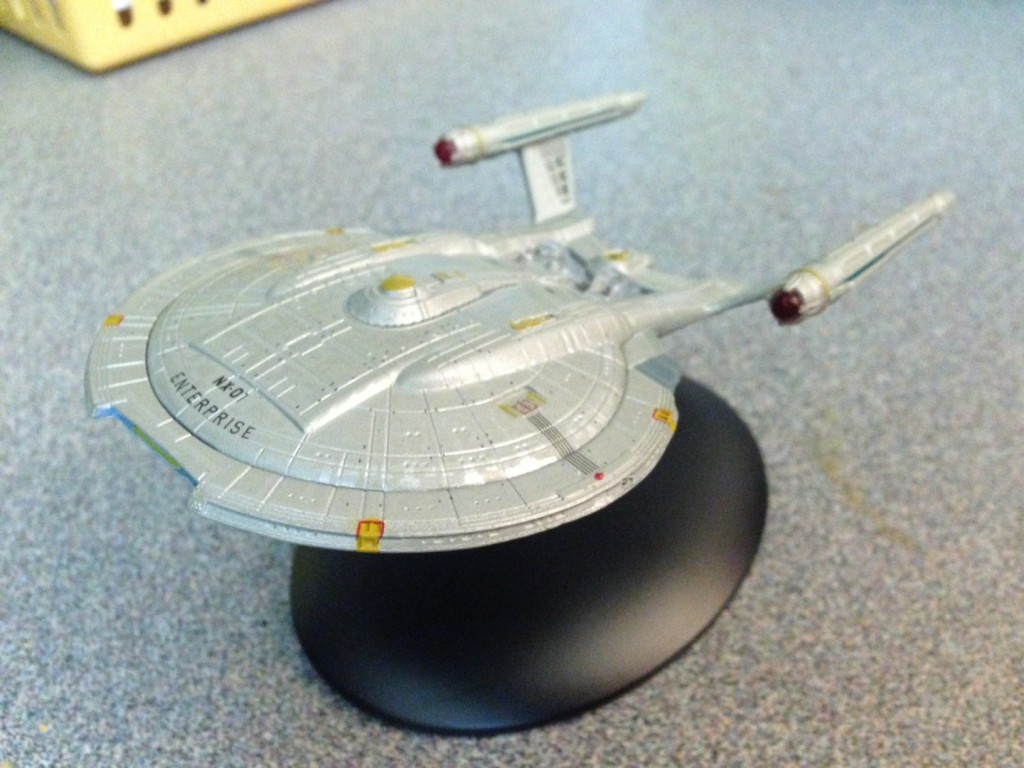 And now, of course, the model itself. It’s an exquisitely detailed, die cast replica of the vessel, good enough to use as a prop in a fan film. Slap it on a green screen, throw on some wires and you’ll be good to go! It can be held comfortably in the hand, but it feels real, like a quality piece—as opposed to a toy. It comes with a stand on which it is able sit proudly and can be displayed anywhere due to its convenient size! Overall, it’s a great work of art! 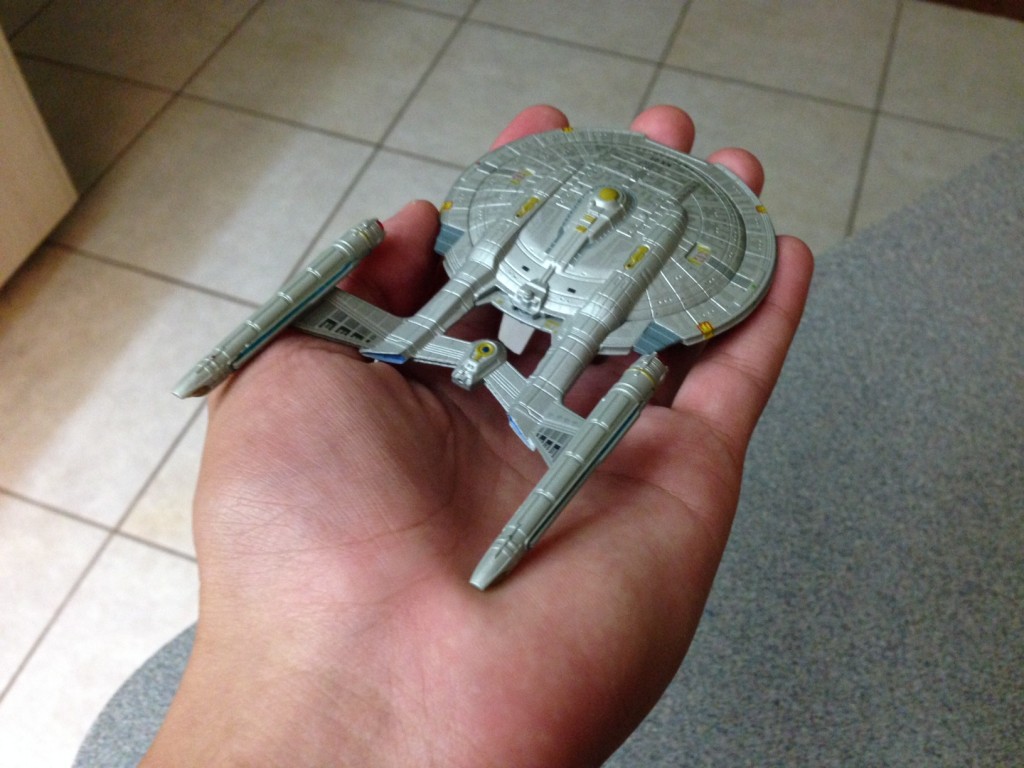 Thinking about getting one for yourself, or maybe a different ship? Check out the Star Trek Starships Collection right here and see which ones interest you the most!

Until next time, this is D. Alexander signing off!

If you enjoyed Dylan’s piece, you can find the rest of his work RIGHT HERE on Sci-Fi Bloggers. You can also follow him on Twitter @Architect_9.