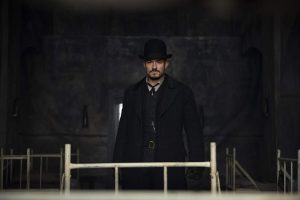 Carnival Row is a show that’s clearly got an audience in mind. It wears a very specific set of genres on its sleeve and takes heavy influence from them, making it, like some of its characters, a half-breed, an amalgam of niche fantasy tropes that, lucky for it, do have fervent fans.

In no particular order, the show blends noir, fantasy, and steampunk, setting its tale in a world where humans live alongside a series of different species of mythical creatures, each with their own cultures, and then focusing down on the criminal ridden area of Carnival Row, where murder and crime, both random and organized, happen regularly.

And it’s about race relations, racism, and prejudice.

This is not subtle and is not a spoiler.

You get bludgeoned with it within a few moments. From there being slurs for every subspecies of Fae, and then a general slur for all Fae kind—along with an almost overwhelming litany of other unique slang to the point it’s hard to parse dialogue—they are upfront with this being about how systems of power take advantage of or simply act against people based on matters of their birth. 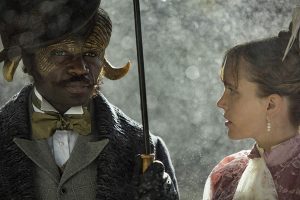 The show cannot help but feel like a political commentary—even if no direct connections to our world seem to be made. And it does manage that disconnect. It’s pretty alien at times. While often dense to the point of being hostile to new viewers, Carnival Row does manage to give a real sense of lived-in history, lore, and unique cultures to the species and people.

And unique fantasy worlds are nice to see among so many derivatives.

Which makes it, even more, a shame that the series is sort of meh a lot of the time. I mean no malice against fans by this, nor do I want to take away how good the effects can look, how detailed the world is, or the acting and production, which are all serviceable to great across the show—it’s just simply too tropey. 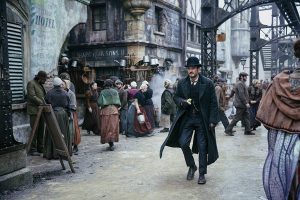 Carnival Row is a soup, basically, a soup of existing ideas and plots, and a lot of plot points play out as any genre-savvy person might expect. This is more subjective than some of my criticisms, but I just could not stop from growing bored with it. The show does good work, but it doesn’t do anything special, it’s not overwhelmingly creative with its designs, its allegories are realistic, yes, but not a unique take on them—there’s simply shows and movies that do each individual part of this better and it makes Carnival Row feel almost “watered down.”

It attempts Game of Thrones level gore and violence and sexual situations, but not as extreme. It’s got fun fantasy races, but they aren’t that far out of what you’d expect from any other series. It is steampunk, and that’s unique, and getting a steampunk series might be enough for some to go in with enthusiasm—but I’m not that die-hard into that aesthetic.

But, that said, there’s one thing more that might pull in fans: the shipping. 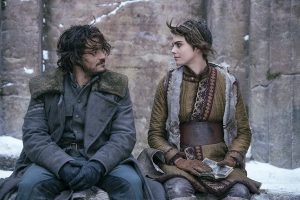 Carnival Row Has At Least A Stellar Romance

The show has a very complex, and sometimes sweet relationship at the core of the plot, and the more of it that’s shown, the more fascinating the series gets. The plot points revolving around two estranged lovers, and the scenes chronicling their history, are such a cut above the rest of the show sometimes that I was almost willing to keep going just to see that progression. Each episode improved as it narrowed down to character studies and showcased stellar if melodramatic acting, and perhaps, perhaps it does improve past the third episode and becomes even great—but, with people’s viewing schedules as packed as they are, no one has time to wait for it.

In a few words, Carnival Row is a show that requires you to really gel with what it is right away, and deeply, or you’ll be in for a series that’s competent, good but not grand, and not special or bombastic enough. It’s simply a passing interest, like a carnival sideshow. 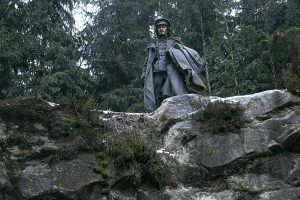