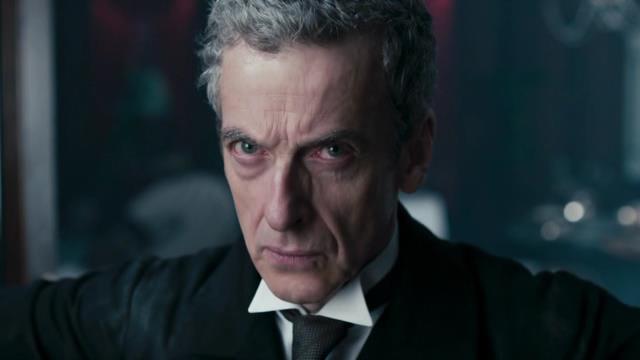 For those of you who’ve been living under a rock for the past fifty years, Doctor Who is (aside from a sixteen-year gap between 1989 and 2005) one of the longest-lasting science fiction shows in the history of television. The series features the Doctor, a humanoid alien (called a Time Lord) who travels the universe in his time/space machine called the TARDIS. He fights violent aliens, saves civilizations, occasionally a planet or two. He is the unofficial guardian of the universe and will stop at nothing to protect it.

One of the series’ hallmarks is the process of regeneration. Functionally, whenever the actor portraying the Doctor—and there are many—wants to leave the show, he is replaced by another actor. Narratively, Time Lords like the Doctor can change shape after a mortal wound. Same old Doctor, brand new face. After fifty years and thirteen regenerations, the stage is set for the Twelfth Doctor, Peter Capaldi.

Capaldi’s tenure as the Doctor has been short, so I can only offer speculation on how the season will play out. Accounts have been given that there will be no season-spanning plot, which is unusual given Who’s past modus operandi. Still, I can hazard a guess of what will happen based on the cliffhanger of last season.

Last season’s finale finally answered a long-standing question: the truth behind Gallifrey, the Doctor’s homeworld. Until recently the Doctor believed Gallifrey destroyed in the Last Great Time War, a war involving classic Who villains, the Daleks. In reality, Gallifrey was actually placed in an alternate universe. The Doctor has a great incentive to find Gallifrey, since he believed he destroyed his own people at the war’s end. Furthermore, recent trailers have Capaldi saying he is heading “. . . into darkness.” Vague, but since the Doctor must venture into unknown space for his homeworld, the term “darkness” seems appropriate.

This deduction plays well with Capaldi’s Doctor, as the first episode, “Deep Breath”, gives us several glimpses of holes in the Doctor’s memory. He constantly remarks that the villain’s plan “rings a bell.” This is fitting, since the Doctor’s tenth form encountered a similar plot. My fear is that the memory loss (he forgets the identities of close companions) will be a nagging plot thread as the season goes on.

I previously said that half the fun of watching Doctor Who is never knowing what the Doctor will do next. The other half is the Doctor’s eternal enthusiasm. He loves humanity and all their advances into the unknown. It’s contagious. I cannot help but be swept away in the adventures of a man who will cross space and time to save the people of Earth. It’s what makes Doctor Who so compelling, even fifty years after the first episode. I can’t wait to see what Peter Capaldi will bring to the Twelfth Doctor, but one thing is for sure: it’s going to be a wild ride.

This piece was written by Michael Wolff, formerly working under the pen name Sefiros. If you enjoyed it, you can find the rest of his work right HERE on Sci-Fi Bloggers.