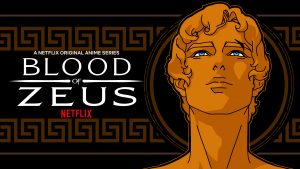 Blood of Zeus Has A Familiar Plot Idea Behind It

Blood of Zeus excited me immensely when I first heard about it. I’m a big Greek Mythology nerd, and the idea of the myths with anime sensibilities was captivating.

And then I watched a trailer, and the continuous downward expectations for the series began.

Because this is not a Greek myth. This is an anime plot set in the Greek myth world. And, normally, I wouldn’t mind that too much, but the idea of using the myths for a “heroes fighting demons” story is wasted potential across the board. The myths are wild, and full of potential for storytelling. Why would you not use them for all they are worth?

And then, to cement my disappointment, I watched the first episode.

It did not go well. 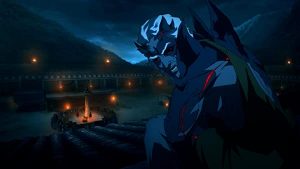 Blood of Zeus Is A Mediocre Action Show At Best

Blood of Zeus is a cliché story done with almost no wit. The only interesting aspects of the plot within the first three episodes are the backstory for the mom character and any time it focuses on the gods. All credit due, Blood of Zeus renders the Greek gods as they are presented in the stories. They are petty, argumentative, and almost childish. This version of Zeus is a cheating womanizer–and Hera his vengeful wife. 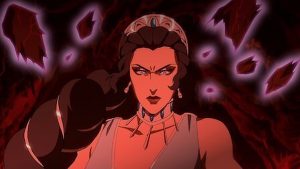 Blood of Zeus Does Render The Gods Pretty Well

But that’s not really the focus of the story.

The focus is Heron, a son of Zeus with super-strength. And that derivative template is the most interesting thing about him. Within three rather slow-paced episodes (of eight for the first season), we watch him meander through the opening stages of the hero’s journey with an unexpressive face, and no personality to speak of. 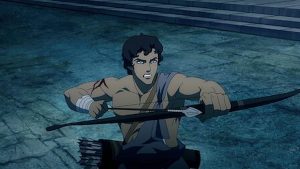 This Show Hides How Much It Is Actually Bland

Though his flat face might be because of the boring and dull animation. Blood of Zeus has some pretty action scenes, and cool designs for a lot of the gods and monsters but is barebones in all regular moments. It is telling that Hercules the Animated series from 1998 has more interesting visuals–and a better main character.

Every episode feels immensely long. The first three could have been one competent episode. As it stands, Blood of Zeus is boring, rote, and seems to have gore and adult moments for no reason except being dark. It’s not worth your time, even if you like Greek myths. 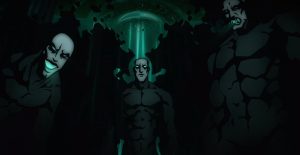