Chadwick Boseman is an actor that hasn’t been around for a long time, but he’s already played two characters with mounds of history in Get On Up as James Brown and as Jackie Robinson in 42. Now he’ll take on the character of T’Challa, or the Black Panther, in his own film in the Marvel Cinematic Universe.

There’s always an origin story, but perhaps the heaviest of those is the one of the Black Panther. Young T’Challa is a member of the African nation of Wakanda, and more specifically the Panther Tribe. He was raised alone by his father, the tribal chief, King T’Chaka, and one day the title of Black Panther will be his. Wakanda was once hit by a meteorite made of the rare mineral, vibranium, and now they hide their existence from the world in fear that they may be hunted for this resource. Of course, they don’t stay hidden long.

The plot has not yet been confirmed, nor have any other actors besides Boseman, who will also appear in the upcoming film Captain America: Civil War. Some rumors report that Martin Freeman, also appearing in Civil War, may be playing Everett Ross, a character who teams up with Andy Serkis’ character, Ulysses Klaw, who we saw in Age of Ultron, as part of the plot for Black Panther. What I can tell you is that the film will be released July 6th, 2018, as opposed to its original date of November 3rd, 2017. What I hope will be soon confirmed is that Selma director Ava DuVernay will be taking the lead of the film. 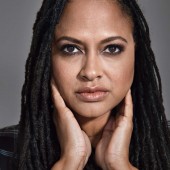 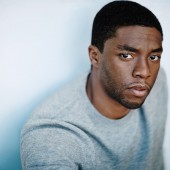 Screencrush recently reported that head of Marvel Studios, Kevin Feige, was speaking with DuVernay. She would be the non-male and non-white director of a Marvel film. DuVernay offers a strong vision that would align nicely with Marvel’s first film led by a minority character.