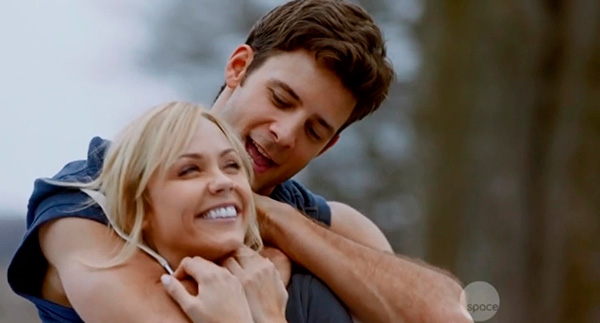 Welcome to the wolf pack! I couldn’t wait to see that good ol’ wolf-y camaraderie. Wolves are pack animals and, in this episode, we saw that the Danvers family is an eclectic, rowdy bunch, united under their Alpha, Jeremy Danvers. We got to see him in full Alpha-action, pulling out the “Dad” voice on Elena! With all of them in the house, it really felt like a family reunion between brothers and their sister (minus the whole sexual fantasy part). 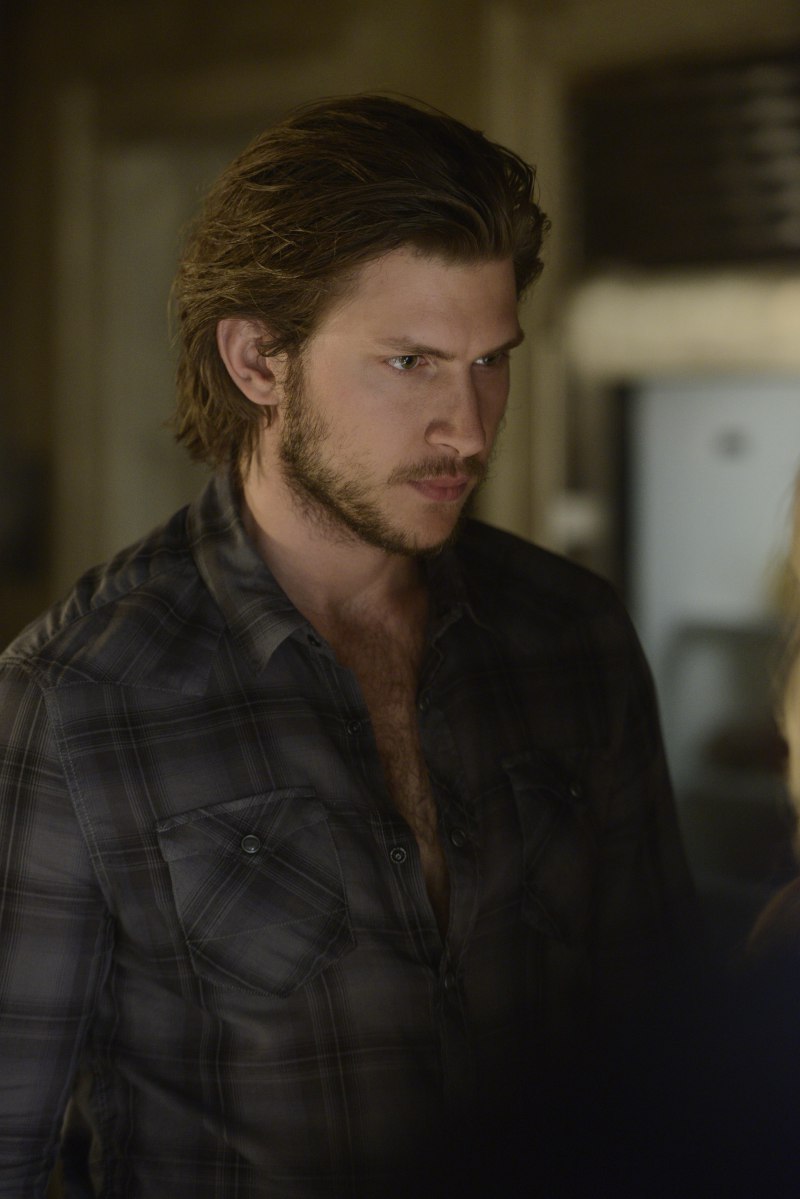 I’m really starting to like Bitten’s depiction of wolves. Even when they’re in their human forms, their wolf features peek through, like how they all have voracious appetites, superhuman strength, and speed when they’re fighting. I also like how changing is a painful process. That said, I imagine that over time the pain would slacken, right? Wouldn’t they get used to it, so they wouldn’t scream or grunt every time? It’d be like stubbing your toe. Wait, no, bad example. That hurts.

Anyway, this episode served up tension in a giant pot with spoons for everyone. I’ve started a wager on how long it’ll take before Clay and Elena are back together. How long will she hold out? Five more episodes? Three more? It’s evident that the relationship between Clay and Elena was an intense, passionate one, but what isn’t clear yet is why she can’t seem to spend more than five seconds in a room with him. Clay spent this episode shadowing Elena like a lost puppy, and Elena was throwing him mixed signals left and right. She almost turned to hot butter when he grabbed her arm (can’t blame her; I would too), but threw a fit when he pet her wolf form. Poor guy. He must know she still has feelings for him, but she’s cold to him. I wonder what he did.

It’s too hard to say anything for certain because this episode, while it answered a few questions, brought up truckloads more. Since the first episode, I wondered why Elena was the only female in the group. It’s because females can only become wolves by being bitten, and apparently Elena is the only she-wolf to survive the bite. Prediction: Clay bit her. I couldn’t tell if she was a wolf four years ago, but that was when she was first introduced to the Danvers, and she was still intimate with Clay. Side note: isn’t that a short amount of time? I thought they had a hand in raising her, but Elena spent her childhood in foster homes. The timeline seems a little too hastened to me. Elena met the Danvers four years ago, but she left a year ago. Is that enough time to form a bond like they have? Not that anyone’s listening (and it’s too late anyways), but how about stretching the length of time the Danvers and Elena have known each other? 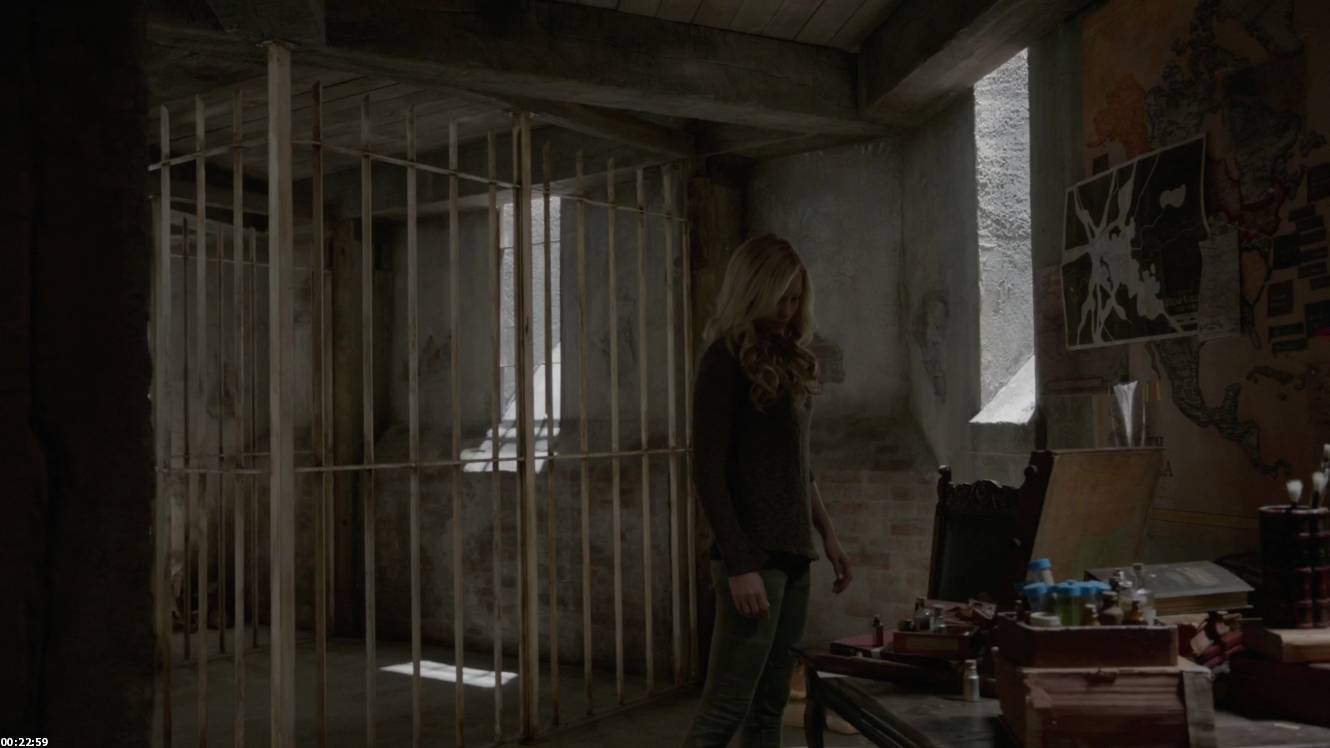 Anyway, we discover that Elena left the pack because she hated killing people. She had to kill this guy, Jose Carter, who was threatening to expose/murder the entire pack. The guy carried around a wolf’s paw for Christ’s sake! Who does that?! You and I both know that the dude had to die. He was dangerous, but Elena doesn’t get that. Of course, she didn’t necessarily have to rip out his heart, but as I mentioned in my last article, the girl does not know the word “subtle.” This entire episode she’s practically breaking her neck to get back to her Barbie life in Toronto. Elena’s loner wolf status is really starting to get on my nerves. I wanted to scream so many times, “GIRL, just go run with your brothers, eat all of that good food, and shut up!” I like seeing her with her family. It’s beautiful.

Apart from that, another thing I didn’t like about this episode was the whole wolf’s point of view camera angle. After Elena changed, the camera took the path she was supposed to be taking in her wolf form. I thought it was completely useless. I mean, if you want to do it fine, but why does the lighting have to be green? Calm down. Other than that, the camera work in Bitten is actually well done, especially with transitions and imagery.

This show really has me going crazy, like, so many questions!! But that’s good, because I’m genuinely interested in seeing where they’re going with this. I just want more to happen. At the end of this episode, they found a child on the Danvers’ property, so maybe Elena will get out of her loner craze and band together with her family as a result…somehow?