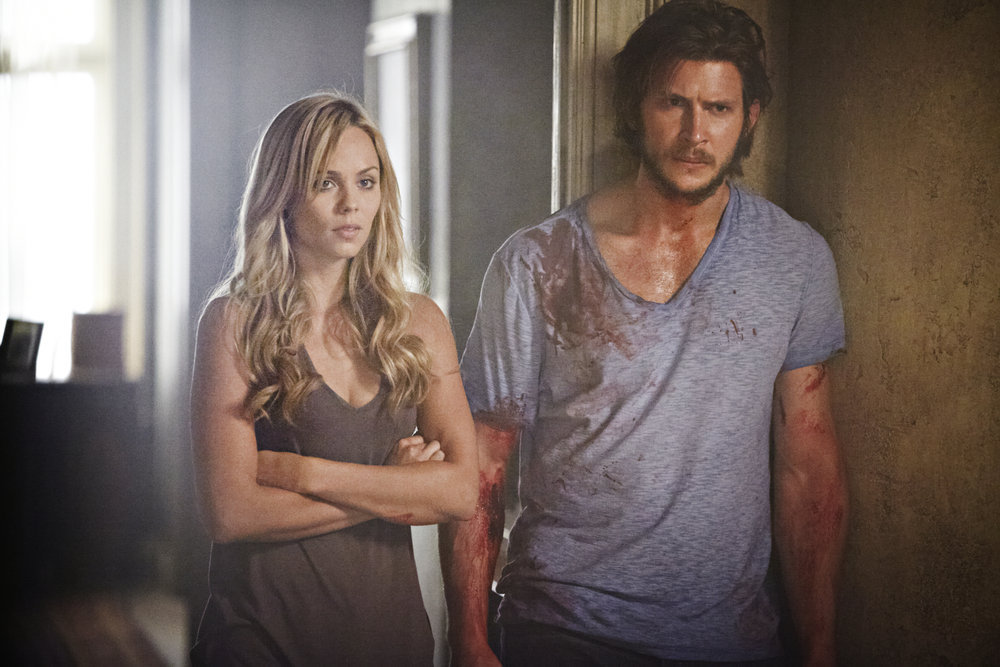 There was so much happening this episode! In my last article about Bitten, I played with the idea that perhaps the Pack deserved a little rebellion, and I still think that may be the case. Santos calls Jeremy and wants to address the violent ways in which the Pack upholds the law. I understand that the Mutts are these crazy people, but there must be some that aren’t trying to cause any problems…right?

Anyway, Jeremy and Santos agree to meet away from Stonehaven to discuss some type of solution. Silly. I could smell the trap a millenium away. What was Jeremy thinking agreeing to that? Needless to say, they were ambushed. Elena and Clay were sent to scale the meeting territory and, on the way to the agreed upon spot, Jeremy and Antonio found a young woman injured on the road. Coincidence? Of course not. The young woman was working with the Mutts, specifically with Cain. He and Santos came from nowhere and attacked Jeremy and Antonio with knives, badly injuring them both.

This careless underestimation of the threat the Mutts impose on the Pack results in another death (yet again). Stupid. I don’t understand why he had to die for everyone to take the Mutts seriously. Now, Elena wants to fight back, and they all want to avenge Antonio’s death. Well, it’s about time. This should’ve been squashed three episodes ago. I hate that Nick had to lose his father for everyone to wake up. (Side note: when Nick picked up Antonio and carried him inside, I could have died from the shock induced by the strength of his manly muscles!)

I suppose we should talk about whitebread Philip. Sigh. I forgot to mention it in earlier reviews, but Philip has his hands on the wolf footage (remember: someone filmed Elena in wolf form, taking down a coyote). He needs to find the cameraman of the video in order to get the legal rights to the footage for a client that wants to use it for a vodka ad. Isn’t that weird? Philip’s so lame. Anyway, with the help of a computer wiz, Sylvie (who i thought was named Zoe until I watched episode 8), he tracks down the camera guy, Nate Parker, and buys the rights to the footage.

I don’t really like this Sylvie chick. She’s way too desperate, or as I like to say, “thirsty”. She’s so thirsty. It’s like she’s in a desert and wants to suck all of the fluid out of Philip’s body. It’s so pathetic. Mostly because you can tell Philip isn’t interested at all. He didn’t even want her to come over. She just imposed herself on him. So sad. All right, I’m done talking about him. 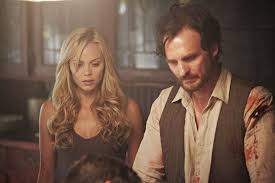 Logan was pretty much AWOL. Not from us, but from the Pack. He was with Rachel, who is having a tougher time than I thought adjusting to being pregnant. I suppose Logan is being big bad wolf of the house, protecting his new family, but it might be putting them in more danger. Won’t Logan seem like an easy target because he’s so far away from the Pack?

Back at Stonehaven, the sheriff pays a visit to Jeremy, asking for Clay. They found Michael Braxton’s body (Elena must have done a crap job hiding it), and now Clay is obviously the main/only suspect. Luckily, Jeremy finds a way to evade most of her questions and sends her packing before Clay and Elena return with Cain. That sheriff is entirely too nosy. I have a feeling she’s romantically interested in Jeremy.

Jeremy was in pretty bad shape and, not long after their encounter, he faints.

Oh, what in the world is our Pack going to do? And have you noticed that I haven’t mentioned anyone stalking anyone (except maybe Sylvie)? So, why the hell did they name the episode “Stalking”?

If you enjoyed Keyoka’s review, you can find the rest of her vork right HERE on Sci-Fi Bloggers. You’ll see an abundance of it throughout our Day of Blood! Bleh! You can also follow her on Twitter @keyokakinzy. Bleh.