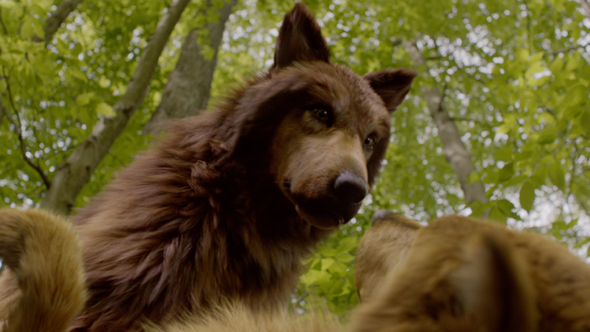 We’re not only dealing with the aftermath of losing Pete; a whole new can of crazy has popped open. Now, when I say “crazy,” I mean super crazy, like serial killer crazy. Elena and the boys discover that a lone wolf with a vendetta against the Danvers Pack has been turning psychotic murderers into Mutts and setting them loose in the area. This isn’t just a slew of killings with no purpose, but a plot to overthrow Jeremy as Alpha and destroy Pack rule.

Elena and Clay track down the Mutt that killed Pete and find an entire bag of goodies in his tacky motel room. For starters, this guy, Thomas LeBlanc, keeps a scrapbook of every person he’s killed, complete with souvenirs from the crimes. There’s a lock of hair, a necklace, and even shoes. This guy’s super loco, but also stupid. Why keep all the evidence under your mattress? You secretly must have wanted someone to find it. 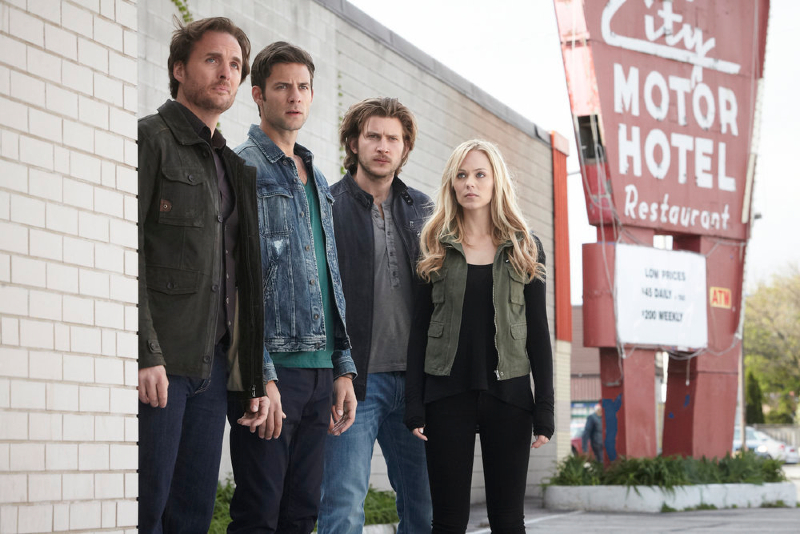 Along with this, the dynamic duo also spots the newbie Mutt talking to Zachary Cain and Karl Marsten. I recognized Marsten from the last episode, talking big with Pete, Logan, and Nick, but I guess he’s been in on this all along. Cain and LeBlanc are clearly flunkies, but Marsten appears to be head honcho material. He sniffed out Elena and Clay through the haze of body spray used to muddle their scents and identified them by name. That man has one super nose! According to Clay, however, Marsten’s off the list of who’s behind organizing Mutts against the Pack because he loves his loner status too much. Well, Clay, who is it then?

In other areas of Bitten drama, Antonio pretends to be an FBI agent to cover up Pete’s murder. I guess if people think he’s on the run from the Feds, they won’t try to contact him, but I could see problems using this strategy in the long run. (Side note: Antonio crushes Pete’s cell with his bare hands. Oh my God, he’s so strong! *girly scream*)

Speaking of long run, Elena and Clay relieve some frustration this episode with a strenuous activity: running. Although their relationship woes don’t dominate this episode, the tension is alive and well. In wolf form, he tackles her, and they share a longing look. Then, they proceed to take a nap in the forest (yes, I know, it’s disgusting in the DIRT). Oh, and at one point they’re naked and practically cuddling. Under the guise of a sleepy haze, Elena wraps her arm around him, and Clay takes his chance to lay a kiss on her lips. She reciprocates. These two are such a hot mess, like just get in bed already! 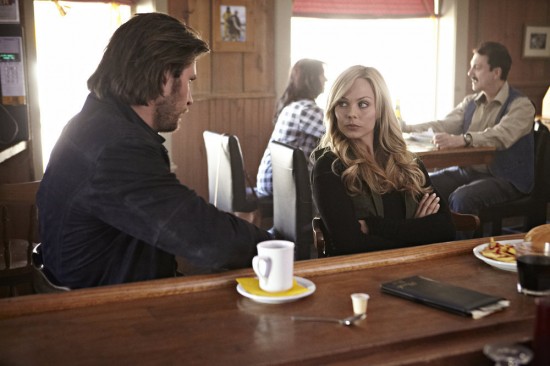 I’ve come to realize something about their relationship: Clay seems to really know Elena on a level I’m not sure anyone can reach. Elena will say things like, “You don’t think I can handle it on my own?” She automatically thinks someone is questioning her ability to perform, which could be because she’s the only girl in a pack of males. The kicker is that Clay always responds by saying something like, “Oh no, your nose is better than mine. It’s for my protection.” It’s as if he’s reassuring her in her own abilities while also pacifying her, so she’ll let him tag along and he can protect her.

Funny enough, I’m becoming more of a fan of the boys of Bitten. It’s not just because they’re all handsome, but I feel like I can understand why the guys do what they do. For some reason, I can’t relate to Elena. I’m about to watch the next episode after I type this. I can’t wait to find out who the hell Daniel Santos is and how he mixes into the pot. He’s already called Clay a psychotic killer (is he really that bad? If so, I can’t wait to see), and most importantly, I wonder if Santos can be trusted.