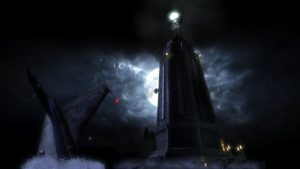 My BioShock History Is Ocean Deep

By writing this article, I am in danger of replaying BioShock again. Or BioShock Infinite for the fourth time. My point is this, out of every video game that has ever existed, out of the many I have played, none have come close to grabbing me the way BioShock did.

This article, this topic, is surprisingly personal.  I am vehemently not a person who would ever get a tattoo, but, if not for the copyright concerns of putting literal game words on my body forever, the first thing would be that famous phrase:

Now, I must warn you of minor spoilers ahead. Not many, but some. And while I usually don’t care about spoilers, and BioShock and its sequels are amazing games even if you know the entire story from the onset, BioShock is pretty much one-hundred percent on any “best twists in gaming” lists on YouTube, so, if you want to have your mind blown, stay away from spoilers and just enjoy.

If it wasn’t clear already, this game is worth your time.

For everyone else, let’s get to it.

BioShock Drew Me In As If It Had Been Planned

I discovered BioShock through BioShock Infinite when a friend of mine bought it, and, not knowing what I was getting into, I traded him one of my games for a little while so I could play.

I bought a copy of BioShock shortly after.

That may be the best sixty bucks I have ever spent.

Ken Levine helped create a world, a city, that is so much unlike others it baffles. I was a huge dystopian fan in my youth, still am to a lesser degree, and a dystopian city that attacks Objectivism/Libertarian ideals not only fascinated me, it also changed my political views.

It changed me much more than that.

I am not by my “training” and experience a video game reviewer—books and movies are my forte—but, even though the critic’s complaints toward BioShock are often valid (horror doesn’t work well when you can light enemies on fire from across the room) the story is so absolutely stellar, detailed, and ingenious, it should be a teaching tool for writers and filmmakers in addition to any game designers.

Video games are only slowly being taken seriously. Half the time, when they get mass media attention, it’s opposition, not celebration. But I can tell you this: nearly every person I’ve described the plot of BioShock to reacted with either enthusiasm or surprise that a story from a video game could touch on something so deep and complex.

BioShock Is A Piece Of Culture And Important As Such

BioShock proved to me and can prove to others that video games are a fully legitimate art form worthy of respect.

I could write five more articles on this game, easily. I could go into the nuances, the themes. The meaning inherent in the act of playing BioShock. But, in the interest of time, I will leave with the simple instruction to at least watch a “let’s play,” if not play it yourself as soon as possible.

I want you to visit Rapture, the city under the sea, and be a part of that other world as I have, in my daydreams, so many times now. 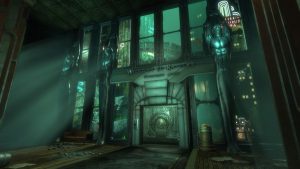