Artemis Fowl is a travesty. It is an insult to those that we’re excited about it, those that had hope for it, and is simply a bad watch. And, yes, I’m a fan of the books, and, also yes, I was disappointed with how poorly they adapted it.

But Artemis Fowl is also just a truly awful film.

I cannot fathom how a director with this many movies under his belt could create something this tonally strange, bafflingly paced, and bewilderingly unmoored from any sense of film making or storytelling.

Let me get out of the way the few compliments I have for this film before I rip this mess apart. Artemis Fowl, all things considered, is visually interesting if sometimes utterly cluttered with detail. Even with some awful CGI in places, there are a lot of beautifully shot nature scenes and mesmerizing special effects. I didn’t know I wanted to see Haven City rendered in full glory, but this is a gorgeous realization of it. Additionally, the weapons and magic and especially the time stops are all extremely cool looking.

But that’s it. That’s the good part.

Now we get to the mud and the sewage.

First off, they didn’t seem to understand that the entire point of the Artemis Fowl franchise is that it’s about a Sherlock Holmes-style child villain. The first book is a prolonged siege of a house where the main character is in the wrong, and we still root for him because he’s entertaining and clever.

That’s inventive and fun and the movie somehow manages to both have this plot and not. It’s incoherent if you don’t know the books. They do not properly explain things or use a single sentence to introduce what are rather core important rules to the universe.

But if I had to pinpoint the biggest problem of this movie, it would be the introduction of the Aculos. This magical whatever device splits the plot up into a siege and a search. The original story had the main character wanting gold and then using unique knowledge of fairies to get it, and everything in the plot spiraled from that. It’s simple to understand because it is simple and logical.

By making the story about an object, but also a kidnapping, but also a revenge story, but also a mystery that’s not a mystery, you turn it into something utterly disheveled. There’s a scene, multiple actually, where if Artemis just told a single fairy what was happening, it wouldn’t have been a problem. Holly could have told someone. Someone could have sorted this out in an instant. 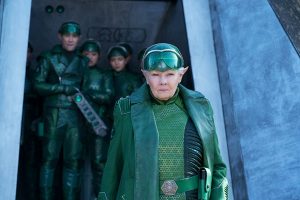 But characters in this movie are derailed in seconds from what makes sense in service of this magical item that’s both important and ignored sometimes by the plot.

And what awful characters, hollow shells of the originals, they are.

Mulch is the one with the most solid footing. We know who he is, what he wants, and what his usual behavior is like. But he’s also obnoxious and irritating. He is allowed a quip or two that’s kind of funny, but they wasted Josh Gad. Also, I don’t know how they could have shown how dwarves work in this world without it being horrifying, but this is aggressively disturbing in its presentation. I’ve seen less disturbing horror monsters than Mulch unhinging his jaw to tunnel underground.

And, again, he’s the best one.

They ruined Butler utterly, in so many ways, including revealing his name when the whole point is he keeps that a secret.

They made Opal into a generic monologuing villain without any fun personality. She just comes down an elevator a few times or stands off in the distance being menacing.

Then there’s Holly Short, who very randomly flickers between hot-head and brash and sweet and friendly and a deferring officer eager to please her superiors. Her disobeying of orders comes almost out of nowhere and she’s also rendered useless or pointless in a lot of scenes.

And do I need to explain why making Artemis Fowl, the Artemis Fowl, throw temper tantrums, go surfboarding, participate in gunfights, and also not seem all that smart on camera is then not Artemis Fowl at all? 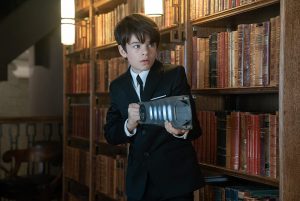 Artemis Fowl Does Not Even Get The Point of Itself

There are movies where the director didn’t read the book, but this one does seem to know a lot of the plot but messes it up anyway.

I can’t fathom this movie.

Artemis Fowl is simply and succinctly a prime example of why you do not take weird liberties with already good stories. Children’s books are usually short enough that you can use the original plot and it will come out enjoyable.

The people this movie was made for just wanted to see a beloved book given fancy visuals. Just Artemis Fowl the book as it was, with a Disney budget to make it real. That’s all that had to be done.

You could have adapted every book and fans would have been willing to pay to stream it.

Instead, Artemis Fowl is a pile of flashy visuals and vague plot with no bones, no merit, and no reason for anyone, even fans, even little kids, even enjoyers of bad films, to watch. It’s not bad enough to be fun. It’s just garbage. 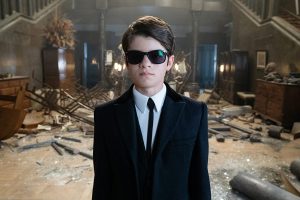