The Glorious Dawn has existed for centuries in peace, but the assassination of king Tunus plunges the realm into civil war. 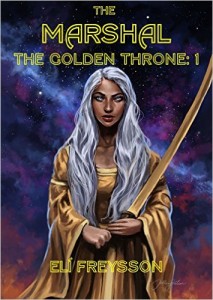 The Golden Throne books by Eli Freysson detail the account of the years-long war, each book is told through the perspective of a different character telling their experiences in the war. Book one follows The Marshall Beren who, after witnessing the king’s assassination, attempts to flee the capital with the sole heir.

Alexia Poe and Justin Timpane have taken their raunchy Trek podcast Trekoff and turned it into a raunchy feature film.

Trekoff is a “fun-umentary” where Poe and Timpane interview Star Trek fans and ask probing and often profane questions about the series. Topics include Star Trek burlesque and who could win a “sword fight” between Captain Kirk and Han Solo.

Learn more about Trekoff and watch the movie today:

Sixteen-year-old math genius Dorothy “Doro” Campbell leaves her life behind after she’s recruited to an underground Seneca Society dedicated to making the world a better place. 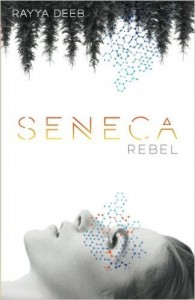 However, after meeting tech expert Dominic, Dorothy begins to uncover disturbing secrets behind the Seneca Society that shatters her ideals. Seneca Rebel by Rayya Deeb has several accessories that accompany the book including an upcoming line of chocolate (Dorothy’s favorite food) as well as an encrypted code on the book cover that leads to secret websites dedicated to the book’s characters.

Learn more about the Seneca Rebel series and get your copy today.

Thirteen-year-old Millie and her father Elias are some of the few survivors of an alien invasion that devastated earth four years before.

Written and directed by Additya Jani, Beacon focuses less on the aliens and more on the journey of Millie and Elias’ struggle to stay alive. Specifically the film explores the emotional ramifications Millie endures as she copes with a world without ethical or moral views, for example intentionally harming/killing others for much needed supplies.

You can check out their website for the film here.

Written by William Brookfield and directed by Vlad Marsavin, Albedo Absolute is a sci-fi short that serves as a cautionary tale for young children who disobey their parents.

Albedo Absolute is the story of two sisters, Savannah and Violet, who venture into the woods against their parent’s warning and find a plug wedged into the forest floor. Curiosity gets the better of them and the girls find themselves falling through a kaleidoscopic drain pipe from which they may never return.