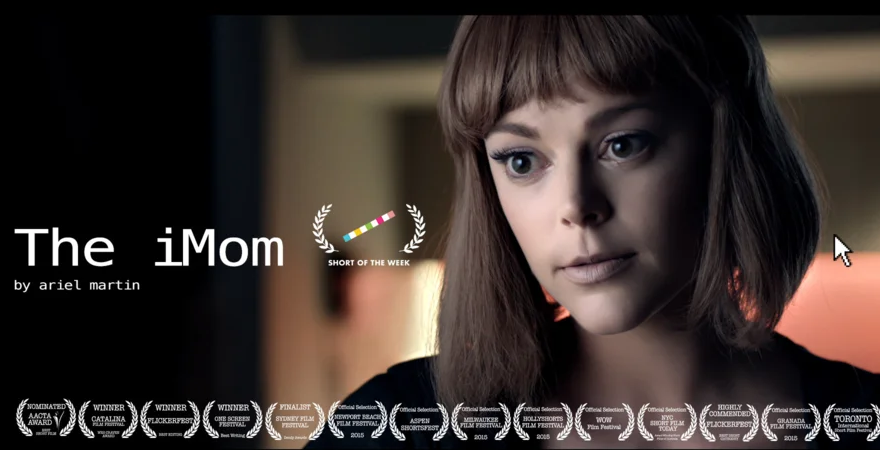 Imagine if Apple designed something that rather than let you escape into Angry Birds or Candy Crush but instead could raise your children.

iMom is a short film written and directed by Ariel Martin that explores the dynamic a robotic mother has on families. It follows one family in particular interspersed commercials and testimonials from other families who have purchased an iMom. This product may be decades from being a reality but it’s fun to fantasize about.

Sometimes the biggest threat to a peaceful population isn’t outside forces or natural disasters, but when that population becomes too big to sustain itself.

Canadian filmmaker Sam Thomson’s Universe 25 follows eight rat protagonists who struggle to survive in a “man-made dystopia” as overpopulation threatens to consume their society. The 10 episode digital series is a combination of animation and 3D puppetry and was based on an experiment conducted in the 1970’s.

You can read about the experiment here: http://www.cabinetmagazine.org/issues/42/wiles.php

Andrew Haidinyak is the creator of science fiction company Vick Industries, designed to appear as an intergalactic trading company and is currently in the process of releasing his first book.

Armadillo Run: The Iron Phoenix follows Rook, an intergalactic traveler who collects ancient lore and tracks thieves for a living. Rook gets a lead on a pirate named Red but is forced to bring his adopted daughter Jessy who suffers has a traumatic past. There is currently a Kickstarter campaign to get the book into print, incentives range from having your name displayed in the book to receiving an eBook version of Armadillo Run.

Millions are left dead in a single day and the few survivors struggle to discover what caused the devastation.

Northbound is a sci-fi web series that follows a group of survivors who are living day by day in an abandoned wilderness. The series is a prequel for the upcoming feature film North Star. Season one is currently available at Geek Nation and season two is scheduled to premiere in Fall 2016.

Check out season one of Northbound here: http://geeknation.com/shows/northbound/

If you enjoy buying sci-fi collectibles look no further, this website has exclusive items often found nowhere else.

Nerd Block is a site which sells exclusive licensed sci-fi merchandise and collectibles from several different mediums including television and film. There are monthly ‘blocks’ with different items for sale, this month features collectibles from popular shows like Doctor Who? And Firefly.

Sign up with Nerd Block today and start bidding: https://www.nerdblock.com/scifi?gclid=CIbrp8ayt8sCFUodgQodeRAKyQ

Become an (Honorary) Member of Hydra

Do you often find yourself relating more to HYDRA over SHIELD, if so you can make your alliance official.

You can create and print your own customized HYDRA badge and let everyone know where you stand. Of course if you identify with SHIELD there are badges for that side as well.