Are You a Tripler?

The idea of being able to make copies of yourself sounds very appealing when you consider it. Neil Vogler explores the disastrous consequences this can have in his debut novel, Tripler.

Three versions of the same person all want to kill you…

In the near future, a virus has caused people to create two identical copies of themselves. People infected with this virus are known as “Triplers,” but the side effect is that they become insane and homicidal. Harry Allwear is a tracker working to eliminate the Tripler threat, but he is also infected.

Harry has managed to keep himself sane with a combination of experimental medication, nicotine and David Bowie music. Unfortunately, Tripler bombers attack London and kidnap the doctor supplying him with medication, leaving him cut off. Harry is forced to battle a growing army that includes his own duplicates. He must also fight to keep his sanity in order to prevent Triplers from taking over the world. 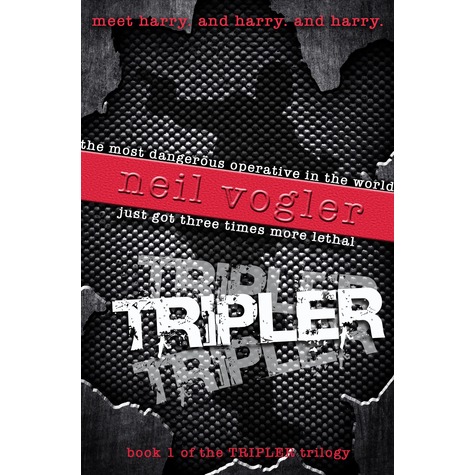 The overall premise of Tripler is very intriguing. I like the idea that you are literally your own worst enemy. I like the concept of people having three versions of themselves and I’m curious as to how that works. Whether each copy has the memories of the original person or if they are created as a blank slate. I’d also be curious to know if they have their own personality based on their different experiences or if they are all psychically linked.

Vogler, the author, is an ex-freelance journalist and sci-fi fan. His book is the first of an intended trilogy and is available for purchase, here.

Vogler also wrote a 34-page prequel/teaser entitled Tripler: The Beginning, which you can get your copy of over here.

When it comes to educational programming, kids generally hate it unless it’s something fun like The Magic School Bus. Phillip Fitzlaff has created his own educational show for children, one we’ve featured previously on the site. It’s called Max Adventure.

The premise of the show is this: a delivery man named Max whose ship goes through a black hole crash lands on a strange planet. He finds himself caught up in a war between to different alien races who are very interested in him.

Animated shows can be a lot of fun to watch and often times very funny as well. I like the show’s central storyline. It sounds like a very action-packed sci-fi show and it’ll teach kids valuable lessons about life, science, etc. A key thing I’m wondering is how exactly said lessons will be worked into the show’s actions sequences. Maybe Max will use math to save the day sometimes?

Fitzlaff was a fan of shows from the 70s and 80s and hopes Max Adventure can appeal to the younger crowd. “With more and more kids being turned to violent video games, Mad Adventure is the right mix of adventure, fun and education.”

In order to raise funds for the show, a fundraiser has been set up on Indiegogo with a goal of $80,000 to be raised by the first of March. If you want to be a part of the adventure, you can make a donation here.