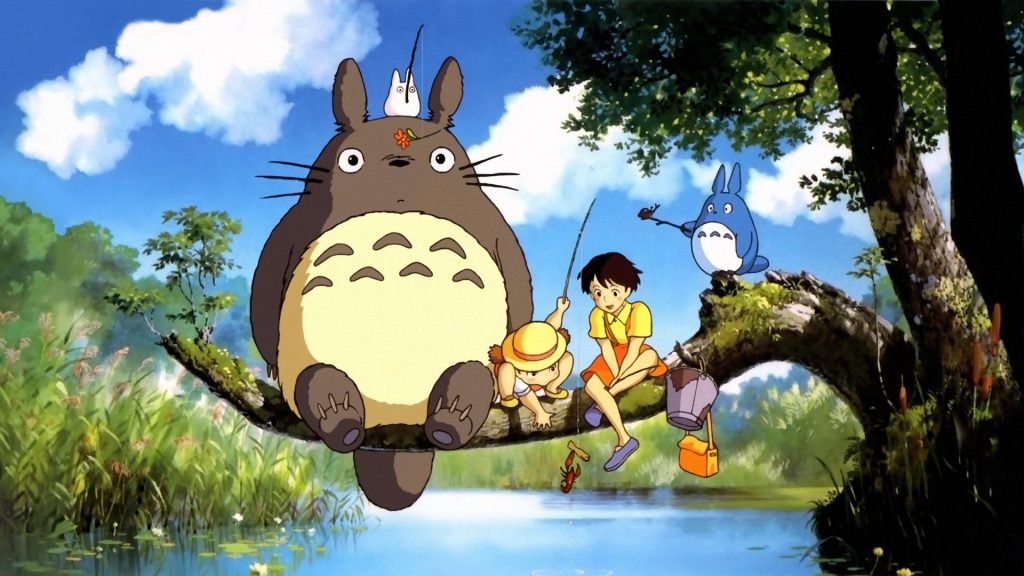 This week the next feature in this summer’s Ghibli Film Fest, My Neighbor Totoro is in theaters for two screenings on June 25th and 26th.

Don’t miss one of Studio Ghibli’s most iconic films (and characters) in this beloved family classic from legendary director Hayao Miyazaki. Two young girls, Satsuki and Mei, move with their father to a new house in the countryside. But country life is not so simple as it seems, as they soon discover the house and nearby woods are full of strange and delightful creatures, most notably a family of Totoros, gigantic but gentle bear-like forest spirits that can only be seen by children. The Totoros introduce the girls to a series of new adventures, including a ride aboard the Cat Bus, in this all-ages animated masterpiece that brought Studio Ghibli and Japanese animation to a new global audience.

Dubbed in English on June 25 and subtitled on June 26, this special two-day event will also feature GKIDS Mini-Fest, an ongoing festival of the best animated shorts from around the world.

Check out the trailer below and pick up tickets before they’re gone on the Fathom Events website.