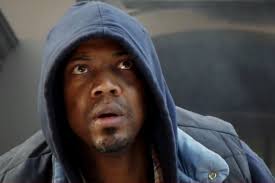 The Marvel Cinematic Universe gravy train keeps chugging along and shows no signs of slowing down. 2013 seems poised to be a landmark year in their springboard for the future as well, with Iron Man 3 this year’s top global film so far (with 1.2 Billion dollars in receipts), Thor: The Dark World on the horizon (a movie I am actually getting pretty excited for, despite my mild disappointment with Iron Man 3) and the brand charting what might have been seen as highly unexpected terrain just five years ago, a spin-off television series starring none of the superhero cash cows themselves. Agents of S.H.I.E.L.D. premiered on September 26 and now the series has been picked up for a full season I felt it prudent to share some of my thoughts on each episode.

The pilot episode picks up not missing a beat from where The Avengers film left off with the implication that the whole world now knows what S.H.I.E.L.D. (Strategic Homeland Intervention, Enforcement and Logistics Division) has been trying to, well, shield the general public from. That is, the existence of aliens, monsters, and superheroes (not that these terms are mutually exclusive in this context). In the aftermath of the climactic showdown from last year’s big superhero crossover, Agent Phil Coulson (Clark Gregg) puts together a team to contain or combat the forces that threaten us in the wake of the Avengers assembling. If The Avengers are called in for when the big problems break out, these guys are put into play before such a situation comes to pass.

I was a little incredulous towards the reintroduction of Agent Coulson, considering he had died in The Avengers. After watching the pilot, I now believe it was a good move to bring him back as he proves a suitable glue for this team to overcome a shaky yet mostly entertaining pilot episode. Also returning from The Avengers is Cobie Smulders as Agent Maria, who shows up for what amounts to a brief cameo.

The episode follows Agent Coulson putting his team together, which includes lone wolf Ward (Brett Dalton), expert pilot and martial artist Melinda May (Ming-Na Wen), crack geniuses Fitz and Simmons (Iain De Caestecker and Elizabeth Henstridge, respectively) and last but not least, computer hacker/revolutionary enthusiast Skye (Chloe Bennet). The pilot episode follows the circumstances upon which this team is brought together and the measures they must take to stop a man fused with a device implanted into his arm that causes extreme strength, madness, and ultimately a lethal explosion (callbacks to technologies used in previous MCU movies are in abundance here).

The episode kept everything light for the most part so it was something of a shock when it became somewhat serious at the end. In regards to how this episode’s baddie fares, it’s a wonder how much of a presence he has given how little he has to work with, his overall arc in the story being relegated as something the team must come together to put a stop to. That’s about the only thing I can say I didn’t really enjoy about this episode, it all felt so rushed. Even Buffy the Vampire Slayer, another Whedon run show (here, he is joined by his brother and sister-in-law as key members of the show’s development), had a two-part episode to start the series off.

All in all, it was a solid outing and I am surely interested to see where they go from here. With the pedigree behind the series, I trust we will get more cohesive adventures featuring this crew in the near future.