It was a moment that Firefly fans had been waiting 10 years for. After the heartbreak of the shows early cancellation, to the brief glimmer of hope brought on by the motion picture Serenity and the end of the franchise, Firefly fans have been through a lot. It’s not easy letting go of a universe you love, and though many fans have moved on they haven’t forgotten where their allegiance lies. Browncoats by the thousands packed into Comic-Con 2012 and waited for hours upon hours to make it into one event and one event only – the Firefly 10 year anniversary panel. What came next was an emotional and heartfelt panel rarely seen at such large events. 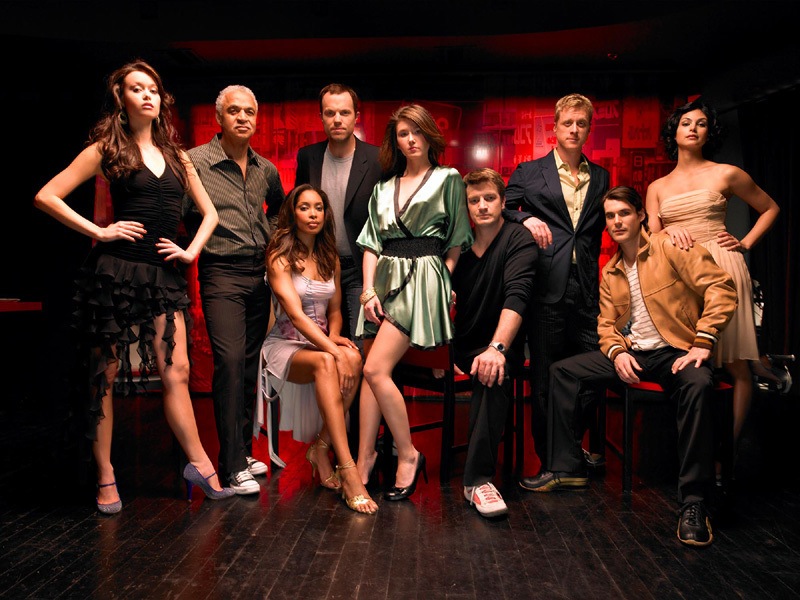 If you haven’t seen Firefly yet you are doing it wrong. Go right now, buy the DVD’s, watch it on the Science Channel or stream it from Netflix, just go. Then come back. Done? Now don’t you feel so much better? The shows west meets east and space cowboy themes blends into a bizarre, but mesmerizing experience, thanks largely in part to Joss Whedon’s wonderful writing and the passion of the actors.

Now imagine, Whedon, now basking in the incredible success of The Avengers which he also wrote and directed, the majority of the main Firefly cast and two of the show’s producers all on stage at the same time reminiscing with fans about the shows creation and the tragedy of the cancellation.

Whedon described how starting out he simply wanted to tell a western story. “I wanted to buck the system of all science fiction. I wanted to tell an American immigrant story…but I need spaceships or I get cranky.” And thus Firefly began to form. Sean Maher, who played Simon Tam in the show, learned about the show from directly from Whedon, and after Whedon’s description Tam thought of the show as a post-apocalyptic western ever since. Of course the star of the show besides Whedon was Nathan Fillion, who played Captain Malcolm Reynolds on the show and currently stars in the show Castle. Being one of the most outspoken cast members who regularly speaks and keeps in touch with the Firefly fanbase, Fillion got emotional several times throughout the panel, especially towards the end. 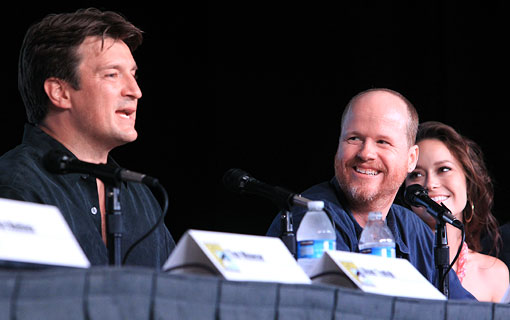 The final question of the panel, asked by a fan in the crowd, was what all of the fans meant to Whedon and the cast. Whedon paused for a moment, looking seriously emotional as he formulated an answer. Then spontaneously the entire crowded room of fans rose and applauded, followed by the entire panel. After Whedon and Fillion brushed away some tears and composed themselves, Whedon said “When you come out of a great movie, you feel like you’re in that world. When you’re telling a story, you’re trying to connect to people in a particular way. It’s about inviting them into a world. The way you’ve inhabited this world, this universe, you have become part of it. When I see you guys, I don’t think the show is off the air. I think there’s spaceships and horses – the story is alive.”

The story is indeed alive, and won’t be forgotten by the thousands of fans who have kept the spirit of the show alive these past 10 years. For a brief hour in the summer of 2012, it was if Firefly had never ended. For many of us unfortunate enough to not have attended the panel, the Science Channel, which shows Firefly, will be broadcasting a special 10 year anniversary special featuring footage from the Comic Con reunion panel on November 11, and may Firefly continue to be remembered and praised for decades to come.