We can’t do a list for inspirational Sci-Fi movies and not do the same for Fantasy. The two genres are too linked, too similar, and, though we can look to a good future with science fiction, fantasy often has a universal feeling of uplifting hope. It’s also a much broader genre with what counts as a fantasy movie—so expect some interesting choices for this list. 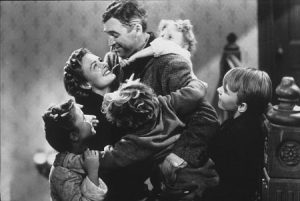 The movie that’s been referenced in so many places that you already know the story. This movie is the insistence that a person’s life is worth living, that people affect others in ways they may not realize. It’s a Christmas classic, but that doesn’t mean the message isn’t always important and worth remembering. 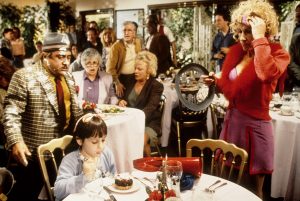 No matter what age you are, you can take something away from stories where people stand up to their bullies, and demand respect and humanity. Matilda is a good person given an ability, but anyone can confront monstrous people without being cruel. If you want a movie to restore your faith in humanity and the goodness of people despite all, Matilda is a great choice. 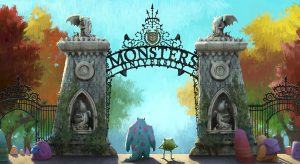 Yes, actually. I know some people don’t like this movie nearly as much as other Pixar films, but that’s not what this list is about. It’s about movies that are inspirational, that lift you up with their message. And you know what a lot of movies don’t do? They don’t show what to do after true failure at a goal. Monsters University’s end is about taking setbacks on the chin and getting back up and doing something about it, even if it’s not your original plan. It’s tough love, but it’s still love.

Harry Potter and The Sorcerer’s Stone

If I’m going to talk about how important Star Wars is for childhood imagination, then I can’t not talk about Harry Potter. It did the same for Fantasy, after all. The idea of wands, of the houses and the Sorting Hat, the spells, all spark the imagination of a child that doesn’t ever die in them fully. Adults still want to know what their house is and identify with it (I’m a Ravenclaw). If you’re stuck inside and need something to watch and anyone in the house hasn’t seen the first movie or hasn’t revisited it in a while, then you need to break out the popcorn and start. 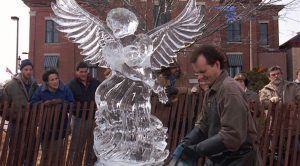 If It’s A Wonderful Life is about how one’s actions help others, then Groundhog Day is a movie that shows how anyone can become better with enough time. Comedically slanted, but ultimately a movie about self-improvement, about respecting those around you, and, even, perhaps a wider message about empathy. It’s also a classic and incredibly entertaining, so it’s not like you won’t be having a lot of fun while watching it.

And there we go. Times may be tough, and movies aren’t replacements for actions, for helping, but lifting the spirit makes everything else easier to do. So, if you have the time, pop in a movie and feel inspired, reassured, or filled with hope. You deserve something inspirational.