When a classic movie is remade, it often loses touch with the message of the original movie, much to the ire of its fans. Many remakes are simply terrible, but there’s really no reason why they can’t be even better than the original. Science fiction is one genre that relies heavily on special effects to give it more credibility. Even if the story, acting and everything else is great, a lack of realistic special effects makes it hard for a modern audience to take it seriously. Here are five classic movies which should be remade for this reason.

The first Star Wars movie was released in 1977, long before advanced special effects existed. However, all three of the original movies remain highly popular classics and any director which decides to take on the task of remaking them with modern special effects is going to have a mountain to climb to reach anything near the ratings of the originals. The original episodes are extremely well known and revered in the world of science fiction, but their special effects are looking dated to say the least.

The first of the classic science fiction horror series, Alien was released in 1979. Although extremely good acting, a solid storyline and outstanding special effects for the time still make it a great movie, it is, like other movies of the time, looking rather dated. “Aliens”, the second part of the saga, released in 1986, also suffers from the same problem. It has been reported recently that a re-make is being planned shortly. 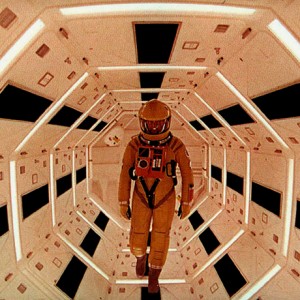 Released in 1968, this movie is certainly showing its age. One thing that this movie is particularly well-known for is its scientific realism. Most science fiction films completely ignore science and become pure fantasy instead. This movie, on the other hand, portrays future space travel in an incredibly realistic way. For example, the scenes in space itself are completely silent (since there is no sound in space), there’s no magical artificial gravity, and the main character doesn’t violently explode when exposed to space. Nonetheless, providing a director of a remake could remain faithful to the original, an update with modern special effects could make a movie even better than the original.

Released in 1927, Metropolis is nothing short of ancient in the world of science fiction. Though a cult classic and one of the highest rated science fiction films of all time on IMDB, it is hardly surprising that the film is rather lacking in special effects. Of course, it isn’t even in color either. Set in a futuristic metropolis of sharply divided citizens, Metropolis is a clever science fiction drama with political and psychological elements. For today’s audiences, however, Metropolis is definitely due for a faithful remake. 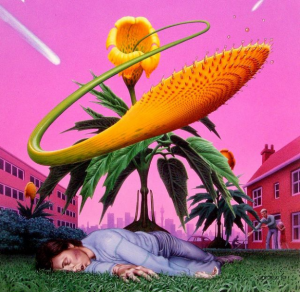 Day of the Triffids

A post-apocalyptic science fiction film based on the 1951 novel of the same name, Day of the Triffids was made into a movie in 1962. Unlike in the novel, however, the Triffids of the film are extraterrestrial invaders which look like giant plants. These days, the special effects look laughably absurd. The original movie was generally well received, although there were plenty of harsher critics too. A remake could fix the problems of the original as well as greatly improve its realism with modern-day special effects.

Post contributed by Jane Spencer, on behalf of WinkBingo.com