A voiceover narration denotes key events from season one, notably Cole (played by Aaron Stanford) rescuing Ramse (played by Kirk Acevedo) and sending Cassandra (played by Amanda Schull) to the future. Though Ramse betrayed him to the Arm of the 12 Monkeys Cole saves Ramse after he was shot by Cassandra.

In 2016, Ramse is nearly killed by the 12 Monkeys operative, Olivia (played by Allisen Down), but Cole kills the guards. However, more arrive, forcing them to run. Though they’ve teamed up to stay alive, Cole still wants to stop the virus and Ramse still wants it to happen so his future son is born. Meanwhile, in 2043, Cassandra wakes after several days with her bullet wound healed by Dr. Jones (played by Barbara Sukowa). The Messengers, future members of the 12 Monkeys, force Jones to send one of them back but Jones makes the time machine disintegrate the man. Jones locks them out of the system and they threaten to kill Cassandra. He doesn’t think they’ll kill her because Cassandra’s message from the past led to the creation of the machine. But they argue it would happen regardless and not willing to call their bluff Jones sends another successfully to the past. Deacon (played by Todd Stashwick) the leader of the West Seven, plans to take over the facility after the Messengers leave. Cassandra notices Deacon has symptoms of a disease and offers to get him the medicine he needs in the past if he helps stop the Messengers. 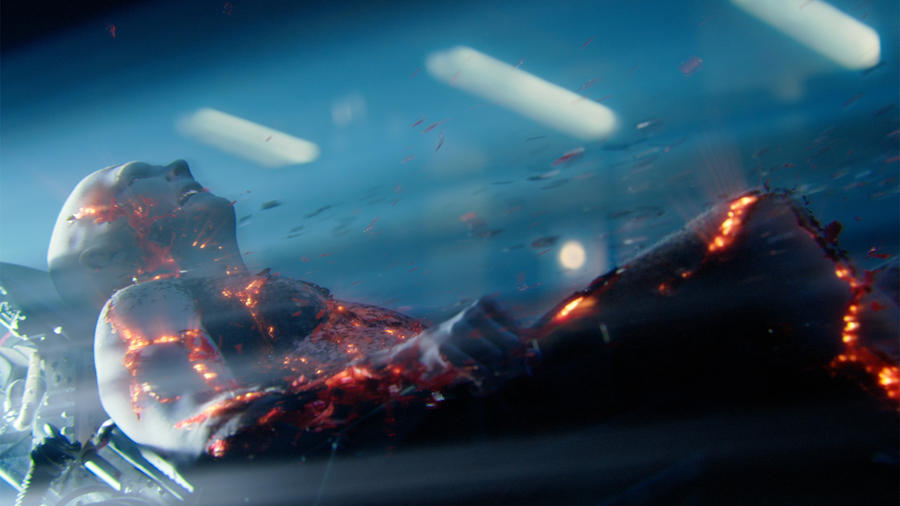 Talk about a bad trip.

One of this episode’s most intriguing aspects involved altering the future and people reacting accordingly. Olivia tried to “correct” the timeline by killing Ramse but since he already served his original purpose who cares if he lives or dies? The only possible explanation is that he would try and stop them but he’s staunchly professed his intent to see the virus released so if anything he’d make a great ally. Meanwhile, in the future, Jones was worried the Messengers would kill Cassandra but of course they wouldn’t, her message to the future was because she met Cole. But watching Cassandra both change the future and witness firsthand the devastation of the virus should be an emotionally jarring journey for her.  If Deacon chooses to help Cassandra because of his illness it will be foolish on his part because there’s no guarantee she’ll hold up her end. And even if she does, who’s to say whether Cassandra is actually able to make it back to the future (or the correct year for that matter)?

In the past, Cole finds a doctor to get the bullet out of Ramse, but he plans to turn Ramse over to the 12 Monkeys for immunity against the plague. He reveals the plague will be released in New York City on Chinese New Year, specifically the year of the Monkey. Cole kills him but Ramse keeps the plague’s release date to himself. However, he eventually tells Cole about it and that Jennifer Goines (played by Emily Hampshire) has it. Jennifer is in New York at a speed dating event raving about the injustices of the world to a fellow dater and her desire to end it with the virus. In the future, Deacon frees Cassandra so she can cure him of his disease and with the West Seven they begin killing the Messengers. They plan to overload the machine to kill the remaining Messengers there. Jones is barely able to escape the blast herself. Unfortunately, the machine is destroyed and Jones tells everyone it will take six months to a year for it to be functional again. 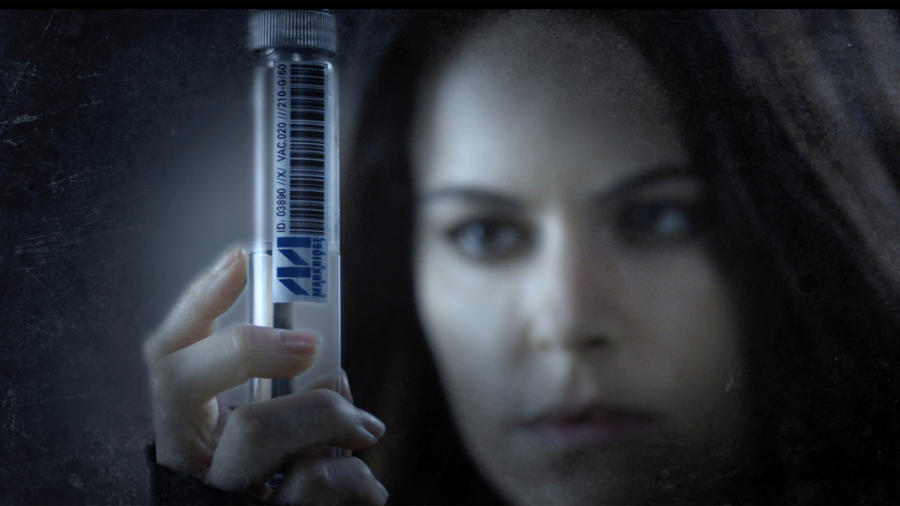 The fate of the world in her hand.

The 12 Monkeys releasing the virus during the year of the Monkey amid creepy monkey imagery, could there have been more visual symbolism? Ramse may have told Cole about where the virus was being released but he hasn’t changed sides. You could see in his eyes the only thing Ramse is concerned about is his son and when push comes to shove he won’t stand by and let Cole stop it. The Messengers were being set up as Big Bads for this season but whatever their message was it got deleted. From a practical standpoint blowing up your only time machine to kill a few bad guys doesn’t stack up, but keeping Cassandra trapped in the future is great narratively. Last season Jennifer seemed crazy like a fox but in the premiere she’s just full-blown crazy. Just a tip for everyone out there, if you’re unhappy with the world, write to your congressman or start a program but don’t destroy humanity, that’s a bit of an overstep.

Cole finds Jennifer in New York and tells her to hand the virus over but members of the 12 Monkeys show up and tell her it’s her destiny to release it. However, before anyone can react, Cassandra shows up and kills them and reveals she was in the future for eight months. She also reveals that Jennifer has to die in order to keep the virus spreading. The episode ends with them in a standoff. A couple months in the future have turned Cassandra into a coldhearted future assassin. She’s the same way Cole first was when he came to the future and now it’s him trying to keep Cassandra from killing. Although protecting the crazy girl about to end the world is a questionable choice.

“It took time travel to create time travel. That’s how it works. There are no straight lines, brother.”

Everyone is abuzz about this Witness, I wonder how long until he/she takes the stand and reveals him/herself.

When are we going to meet some of the original Monkeys?