Jones (played by Barbara Sukowa) enlists Ramse (played by Kirk Acevedo) to travel to 1944 to rescue Cole (played by Aaron Stanford) and Cassandra (played by Amanda Schull). She offers him a life of freedom with his son and he agrees and is sent back two days before the explosive paradox.

Moments after arriving in 1944, Ramse is hit by a car, while Jones and her team discover the bones of those killed by the paradox having aged a hundred years in moments. Ramse wakes up in the hospital and tries to call Cole but is sedated by nurses. The next day, Cole and Cassandra go to the asylum to save Thomas Jr. (played by Erik Knudsen) and Ramse manages to escape the hospital. He finds Thomas’s room empty and is confronted by the Messenger, Viviane (played by Scottie Thompson). He tries to convince Viviane and her partner, Wasp (played by Mitchell Verigin), he was sent to help them but they handcuff him to a pipe. Ramse gets free but is unable to get to Cole and Cassandra in time before Thomas is killed and watches as they are arrested. In the future, the paradox has created a storm that threatens everyone and Jones goes to Jennifer (played by Emily Hampshire) for help. Jennifer says Jones is looking at time incorrectly but Jones becomes exasperated with Jennifer’s confusing logic and leaves. 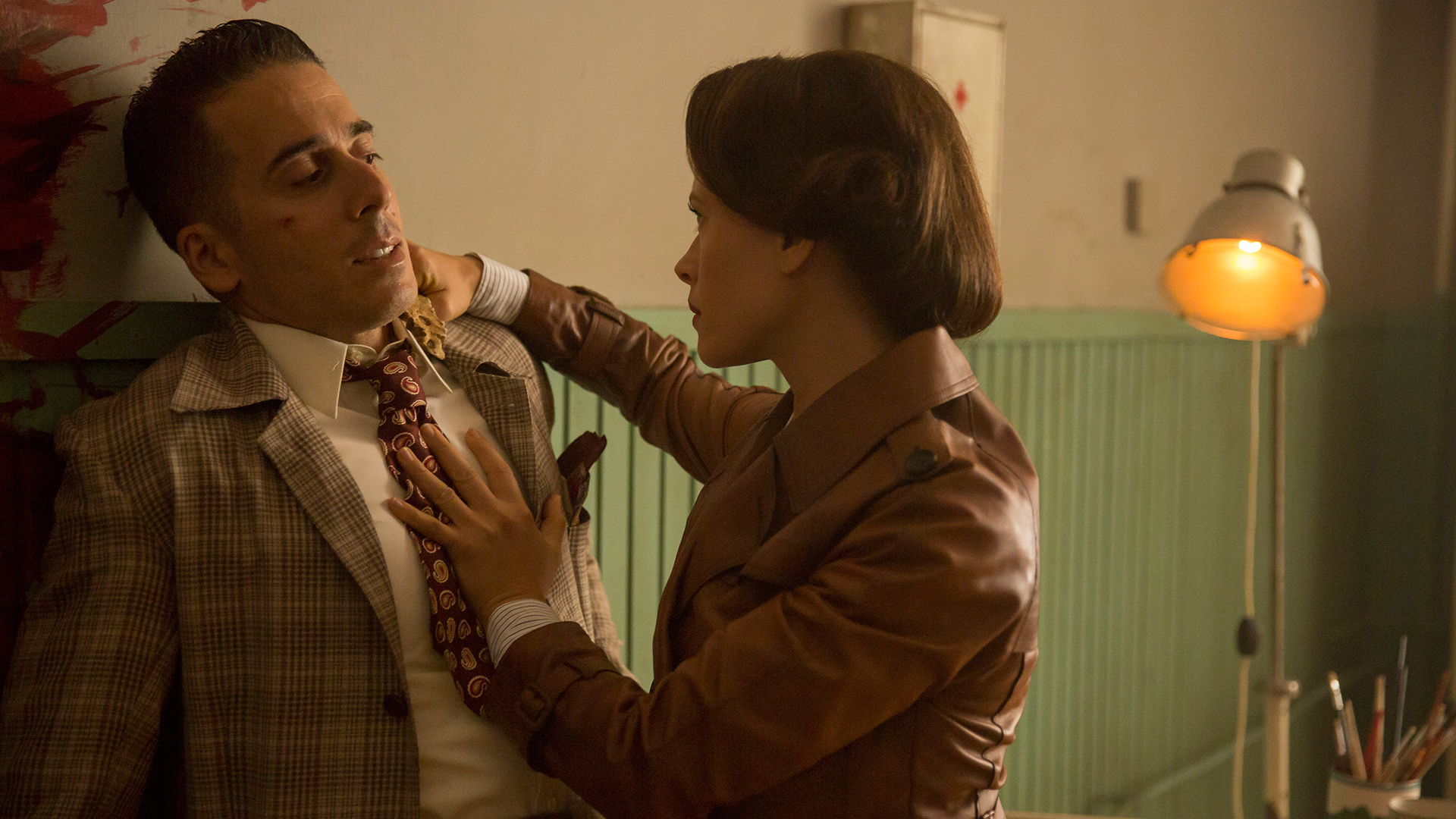 There was a Back to the Future vibe with Ramse’s mission; the only thing missing was him talking to Jones through a walkie and calling her Doc. But while Marty McFly always managed to get the job done, Ramse fumbled literally seconds after arriving in the past and never recovered. It would have been more exciting if Ramse had explored the 1944 setting more. Instead, he spent most of his time in a hospital bed. Jennifer’s logic wasn’t all that confusing: Jones is looking at time in a linear way and she needs to open her mind and come at it from a different angle. But when a mentally unstable woman tries to explain something to a scientist the message gets lost. The fabric of time unraveling and aging people to death is a fresh storyline that really works because it’s so different from the series’ main narrative. Going back in time for evidence of the plague’s origins gets repetitive; a new threat shakes things up.

Cole and Cassandra are interrogated by FBI agent Robert (played by Jay Karnes) who believes they are spies but Ramse bursts in and saves them. The plan is to place an ad in the paper with an exact time and location so Jones can read it in the future and bring them back. Cole reads in the paper that Viviane survived and goes to the hospital to talk to her, finding Robert. He found evidence that Ramse and Cole are from the future and agrees to help Cole. Viviane is shocked both that she survived the paradox that was meant to kill her and her newfound desire to have a life. She admits the paradox was intended to help destroy time and subdues both men but stops herself from killing Cole after proclaiming “the Witness” had spoken.

In the future, Jones decides to see Jennifer again and drinks a red liquid which causes a hallucination. Through it, she and Jennifer witness different periods of time simultaneously. She reveals that Primaries like herself and Thomas are tools essential to keep time moving and destroying them disrupts that. Cole, Cassandra and Ramse go to the meeting point and, after thanking Robert for his help, they’re teleported to the future. 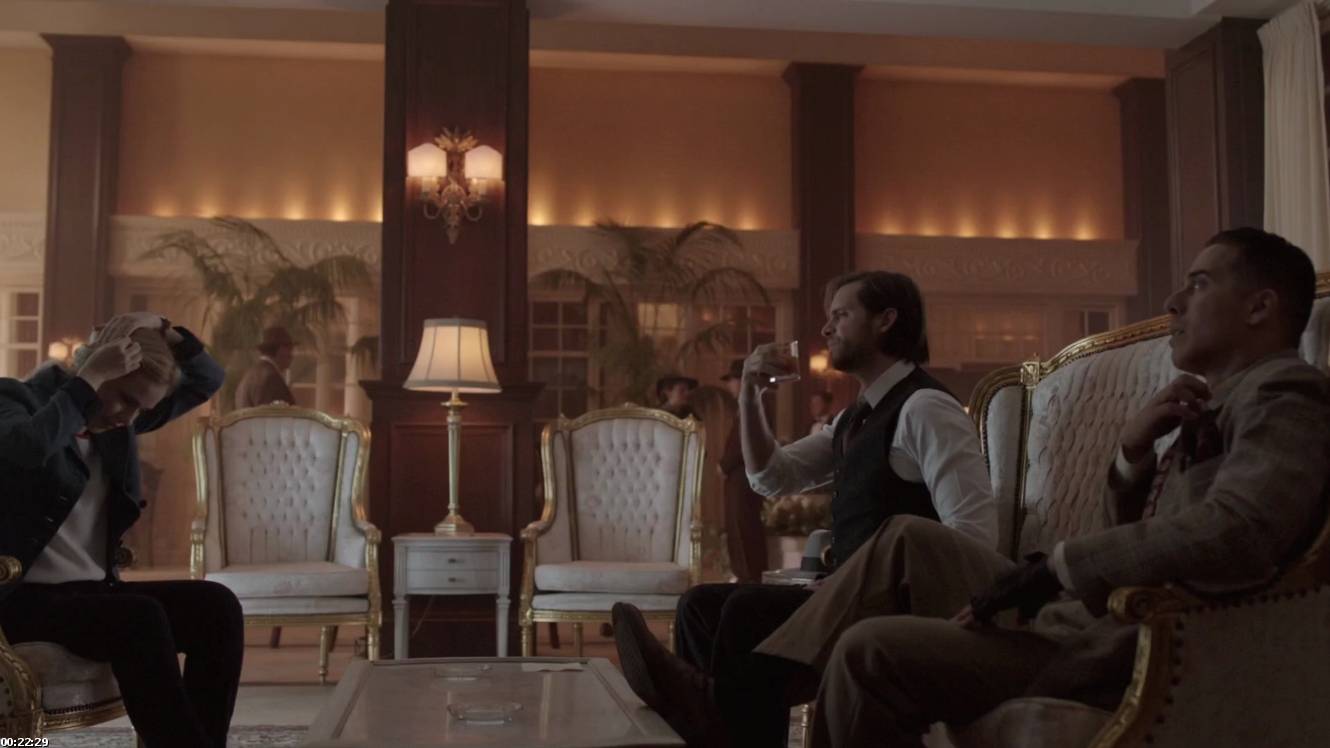 Robert is one of the few people to learn Cole and the others are time travelers but he was oddly unfazed by that revelation. Robert didn’t even ask why they were in the past, he just decided to help. This is the kind of thing any person (especially an FBI agent) should ask. The group is off to other time periods to hunt down Messengers, the 60s or 70s would be fun to see. And so long as the series doesn’t blow through these time periods in the blink of an eye it should be a fun ride. Jones went out of her comfort zone for a psychedelic trip that gave more information than research ever could. In case Jones and her team actually stop the virus, the Monkeys have a backup plan to destroy time itself. It’s a crazy and fun storyline for the season. Although there wasn’t any need to have it explained twice, especially since it’s not believable Viviane would so willingly relay that information. Besides, with all of the cool visual aids from that drink, Jennifer’s explanation was enjoyable as well as informative.

Even though Cassandra and Ramse have mutual dislike and distrust for each other, Cole reminds them if the Monkeys kill enough Primaries time (and all of them) will be gone. In 1971, Viviane is an old woman telling her son to take her place with the 12 Monkeys before she dies. In 2016 her son is revealed to be the Pallid Man (played by Tom Noonan) from season one who is stalking Jennifer outside a hospital. The fate of the time itself rests on a dysfunctional team of people who don’t get along. Their odds aren’t great. Viviane got to live her life but once a Monkey always a Monkey and she ended up producing the series’ first villain. There could be other Monkey operatives who were born into it which would explain why people are fanatically devoted to the Monkeys..

“This anomaly is threatening to kill us all. I don’t have the time to break on through to the other side with you.”

Time travel causes parts of your body to age differently, that does not make for a pretty picture.

“Time needs us, and some of us more than others. Primaries.”

This may be too meta but I’m thinking the number of dead primaries needed to destroy time will be twelve.